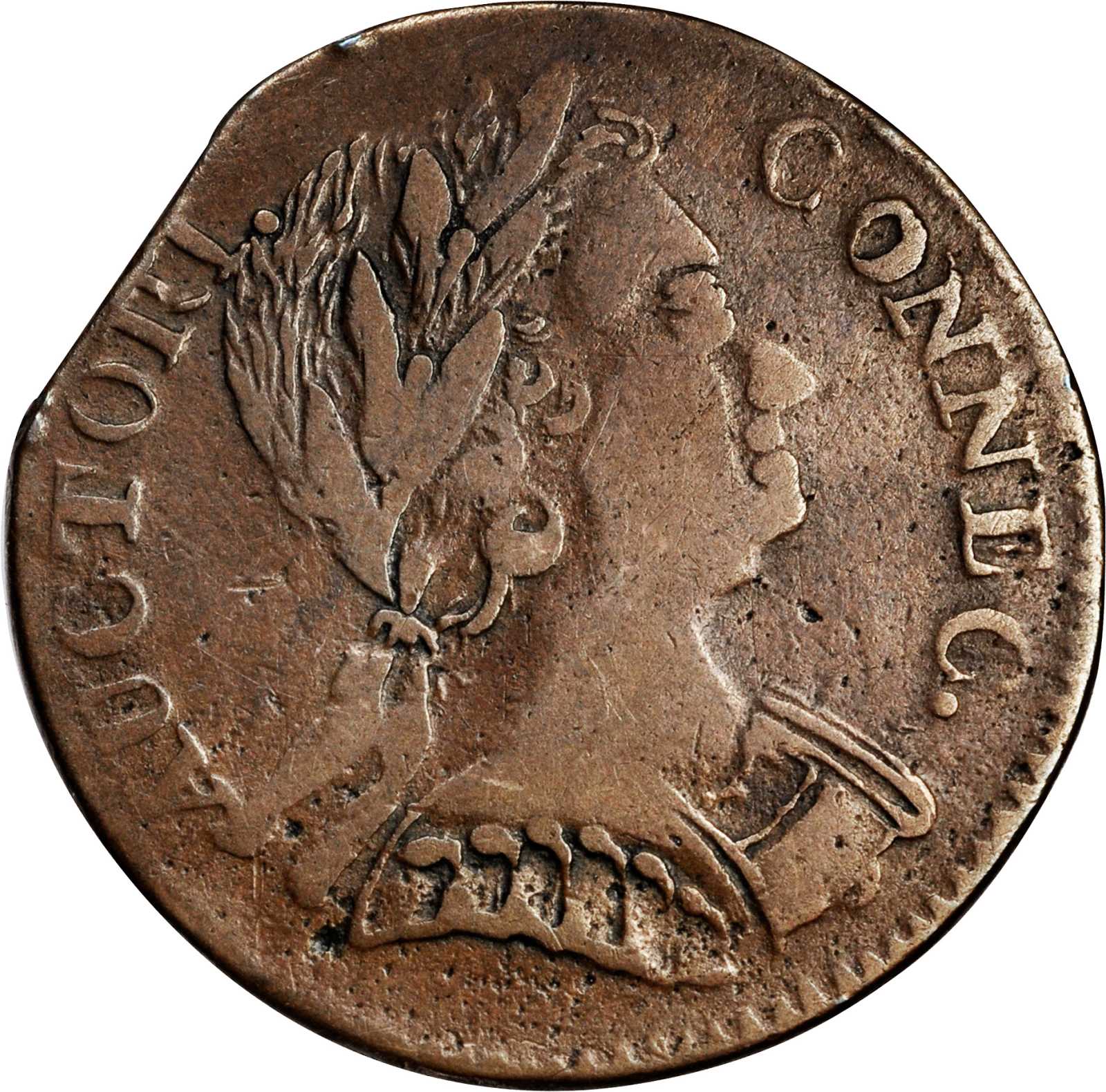 1785 Connecticut Copper. Miller 1-E, W-2300. Rarity-4. Mailed Bust Right. VF-25 (PCGS).151.2 grains. While Robert’s other 1-E is at the lowest end of the weight spectrum, this example approaches the 157 grain upper end of Randy Clark’s recorded range of known specimens. Well-centered on a choice, light brown flan whose smoothly worn, trouble free surfaces are dimpled by small craters that are the manifestations of poorly cast and rolled copper planchet stock, seen on many other examples of this die marriage. The minuscule date is fully on flan, as are all of the legends, but for the tops of RI of AUCTORI, which have fallen victim to a small straight planchet clip; these small clips have been noted on 1-Es and point to some defect in the planchet cutting mechanism. Though not the finest known, this very pleasant example was collected not only for its superior color and surfaces, but also for its relatively full strike that preserves the details of obverse effigy’s eye, which fades from many survivors due to poor strike, die wear and circulation.From the Robert M. Martin Collection. Ex a Select Die Variety Collection of Connecticut Copper Coins in Stack’s sale of June 14-15, 1995, lot 21; Stack’s sale of September 10-11, 1996, lot 1006.