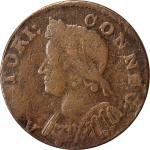 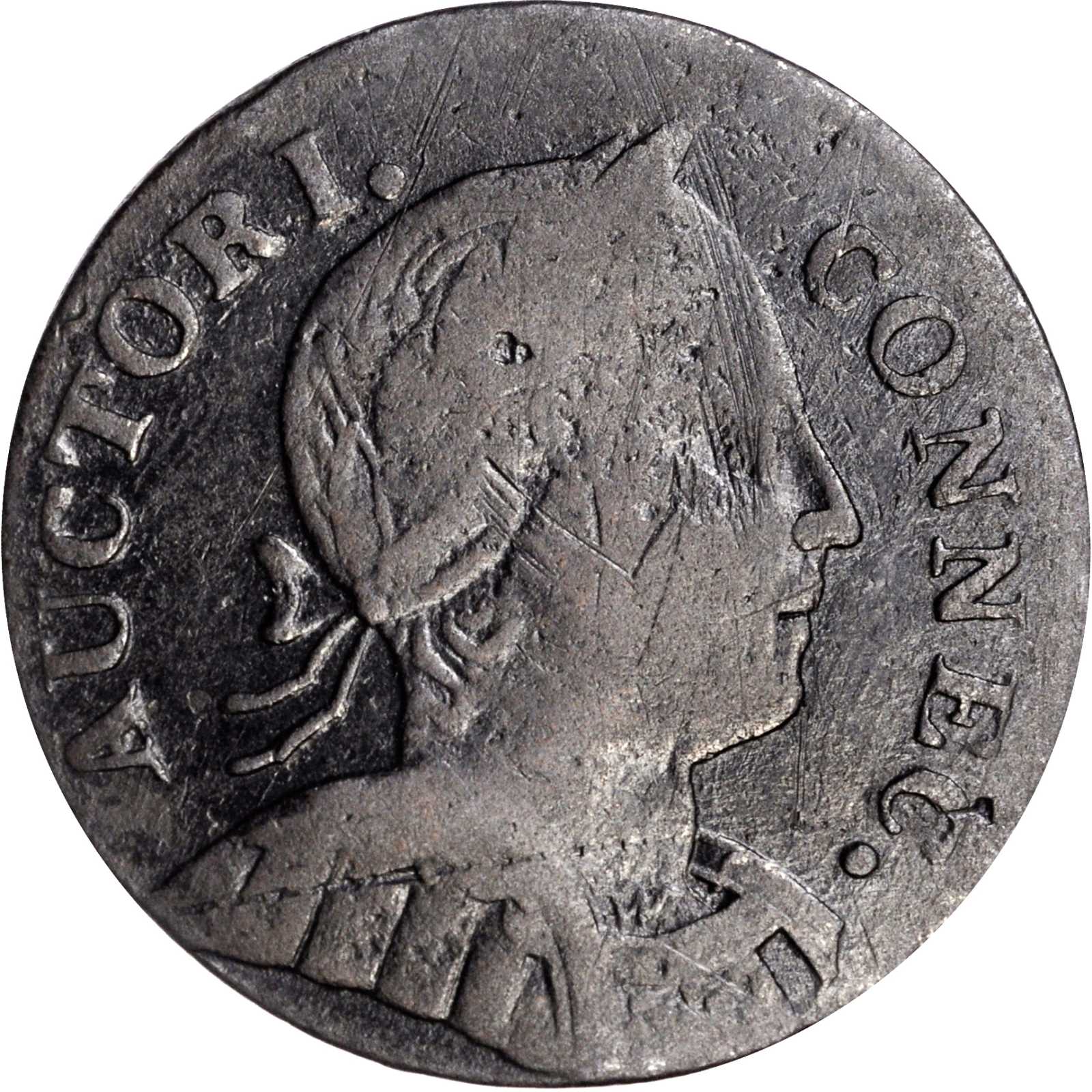 1786 Connecticut Copper. Miller 2.2-D.2, W-2475. Rarity-6. Mailed Bust Right, Broad Shouldered or Noble Head. VF-20 (PCGS).113.9 grains. The Breen Encyclopedia Plate Coin. A Clark Obverse and Reverse Plate Coin. One of Robert’s very favorite die marriages, and one of which he had owned multiple examples over his long collecting career. Called “Fine for the variety, Second Finest Known, EXTREMELY RARE” on his envelope, Robert was undoubtedly elated to snag this example of what was considered the finest known example in both its last auction appearances. Only the superb NGC EF45+ Newman coin is finer, a coin that looks more like a slightly handled Mint State coin and with a price tag of over $50, 000 to match its superb quality. Nearly all other survivors are either very well worn or impaired in some way. This well pedigreed example actually reveals the detail of an EF coin <em>for the variety</em>, with glossy dark brown surfaces that verge on jet black and a series of old scratches on obverse effigy’s face, across his neck, and across lower reverse; the hints of detail in the face, hair and breast plate on obverse effigy, and the chest, leg and cap detail on the reverse are about as good as it gets for the variety. Close study also reveals the fine die lines and marks in the fields and around the legends that are visible only on high grade survivors of these Confederation era coppers; many of these same minute marks are boldly visible on the high-grade Newman piece. In addition, this example has as complete a date as known on any example of Miller 2.2-D.2, and even boasts more of the date than on the finest known Newman example, while most other survivors are either completely lacking a date or show only a small fraction of the top of the date digits due to the off-centering on constricted flans that plague this die marriage.From the Robert M. Martin Collection. Ex 1975 EAC Convention Sale, Pine Tree Auction Company, February 15, 1975, lot 33; Bowers and Merena’s Sale of the Frederick B. Taylor Collection, March 26-28, 1987, lot 2340.