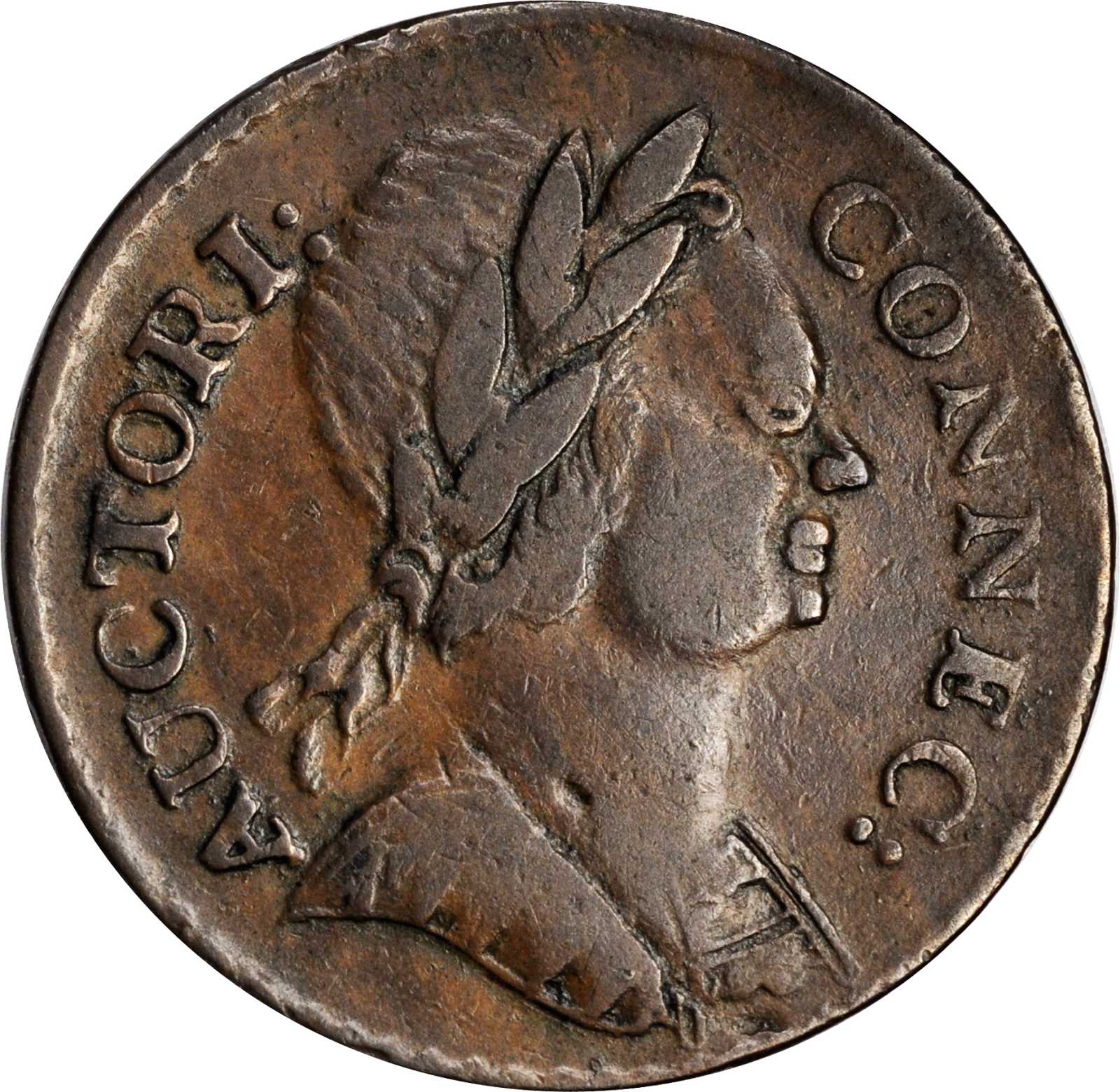 1785 Connecticut Copper. Miller 3.4-F.1, W-2340. Rarity-3. Mailed Bust Right. EF-40 (PCGS).146.8 grains. Clark Reverse Plate Coin. One would expect there to be a multitude of high-grade survivors of a Rarity-3 die marriage, but this is not the case with 3.4-F.1, and it is distinctly within the realm of reason that this coin is “High Condition Census” as noted on Robert’s envelope. There are a fair number of coins out there that are similarly sharp, but few are as choice, smooth and attractive as this one—the Taylor example is comparable, and in fact has a thin planchet flaw much like the short, well-hidden one across obverse effigy’s shoulder on Robert’s coin. This coin is better than the Perkins and Collection SLT examples, though inferior to the superb Oechsner coin called Extremely Fine that we sold in 1988. Not plated, and described succinctly as “Full date and legends, a tiny planchet chip on lower neck. Golden olive toning laced with walnut. Glossy surfaces. Very Fine” in the 1989 Steinberg sale, it is not surprising that Robert swooped in and picked this cherry of a 3.4-F.1 that would be hard to duplicate and near impossible to beat.From the Robert M. Martin Collection. Ex Gilbert Steinberg Collection, Stack’s, October 17, 1989, lot 77.