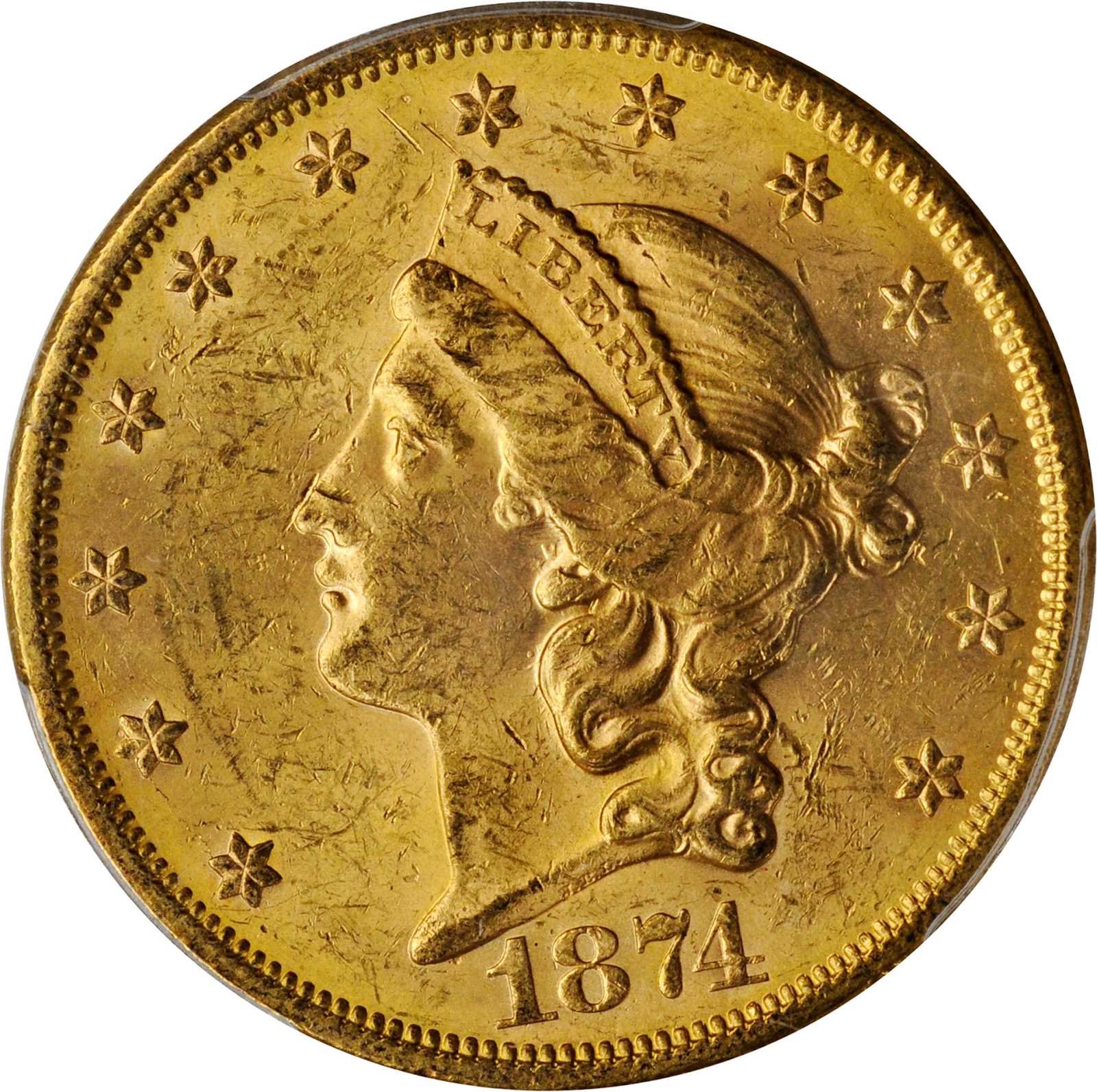 1874-S Liberty Head Double Eagle. MS-62 (PCGS). Toned in a mellow golden-wheat hue with satiny luster and strong eye appeal for the assigned grade. Magnification reveals scattered minor bagmarks but nothing is individually noteworthy.The mintage for the 1874-S double eagle is 1,214,000 pieces, a marginally larger figure than that of the 1873-S. Face value for the former issue totaled $24,280,000. Much of the mintage made it into overseas transactions, and numerous Mint State examples came home in the twilight years of the 20th century. In 1874 the new San Francisco Mint opened, a modern facility with state of the art equipment, far finer than the original building it replaced. From that point forward, until 1937, this was the main center for coinage as well as storage of coins on the West Coast. In 1937 it was replaced by a new structure that is still in use. We estimate that 500 to 800 Mint State examples of the 1874-S double eagle are known. To repeat a popular chorus, this variety, once rare in Mint State, is relatively easy to find today. Most examples offered in the market grade MS-60 or MS-61, but a very few are nearly Choice, as here.