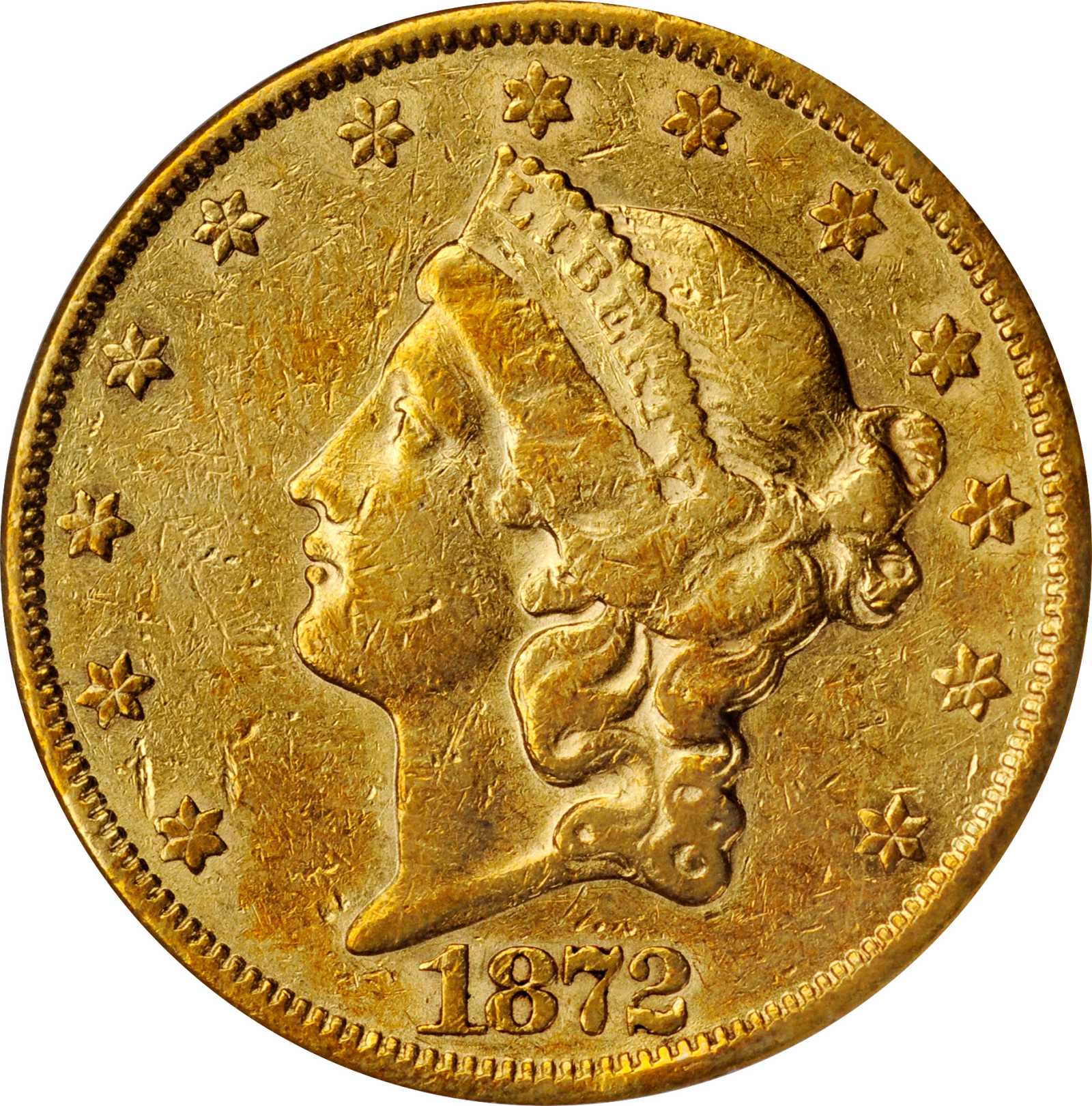 1872-CC Liberty Head Double Eagle. EF-45 (ICG). Large toned in pale ivory-gold colors with darker honey accents across the high points. Considerable luster surrounds the devices and delivers strong eye appeal for the assigned grade. Scrutiny fails to reveal anything more remarkable than scattered minor bagmarks. The 1872-CC is the third double eagle issue from this fabled Frontier era branch mint, the mintage a modest 26,900 pieces with a face value of $5,380,000. In the first three years of coinage operations at the Carson City Mint -- 1870, 1871, and 1872 -- it seems that the gold coins were used regionally and, indeed, we suspect that the 1872-CC double eagle as an issue helped form the backbone of the economy in and around Carson City. Beginning in 1873, however, quantities of gold coins were more widely distributed, including in shipments sent to foreign banks. Today, the first three CC-mint gold issues across all three denominations -- $5, $10, and $20 -- are all true classics.