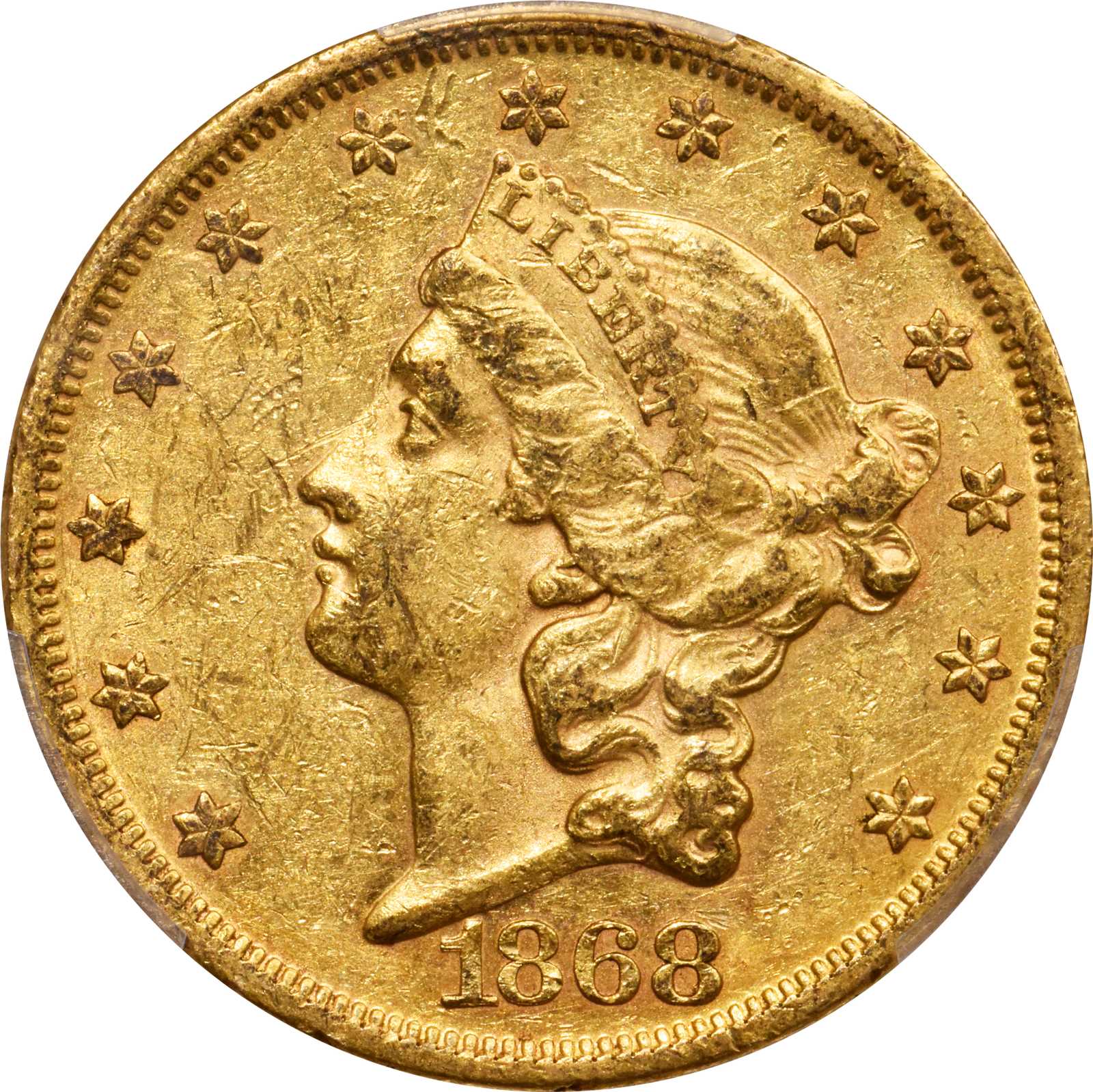 1868 Liberty Head Double Eagle. AU-53 (PCGS). CAC. Frosty and lustrous, this sharply defined and overall smooth-looking example has legitimate claim to an even higher AU grade. Only 98,575 circulation strike double eagles were coined at the Philadelphia Mint in 1868, one of the lowest production figures of the 1860s. This amounts to a face value of $1,971,500. Q. David Bowers in his 2004 Guide Book of Double Eagles estimated a surviving Mint State population of just four to seven different pieces. David W. Akers was able to account for just nine listings of Uncirculated examples in his 1982 survey of more than 400 major auction sales. Indeed, the 1868 is a formidable condition rarity and Mint State coins seldom appear at auction. As such, quality AUs such as this enjoy strong demand among discriminating double eagle collectors. Such pieces are rare in their own right, especially with the problem free and aesthetically appealing surfaces offered here. Impressive! From the Fairmont Collection.