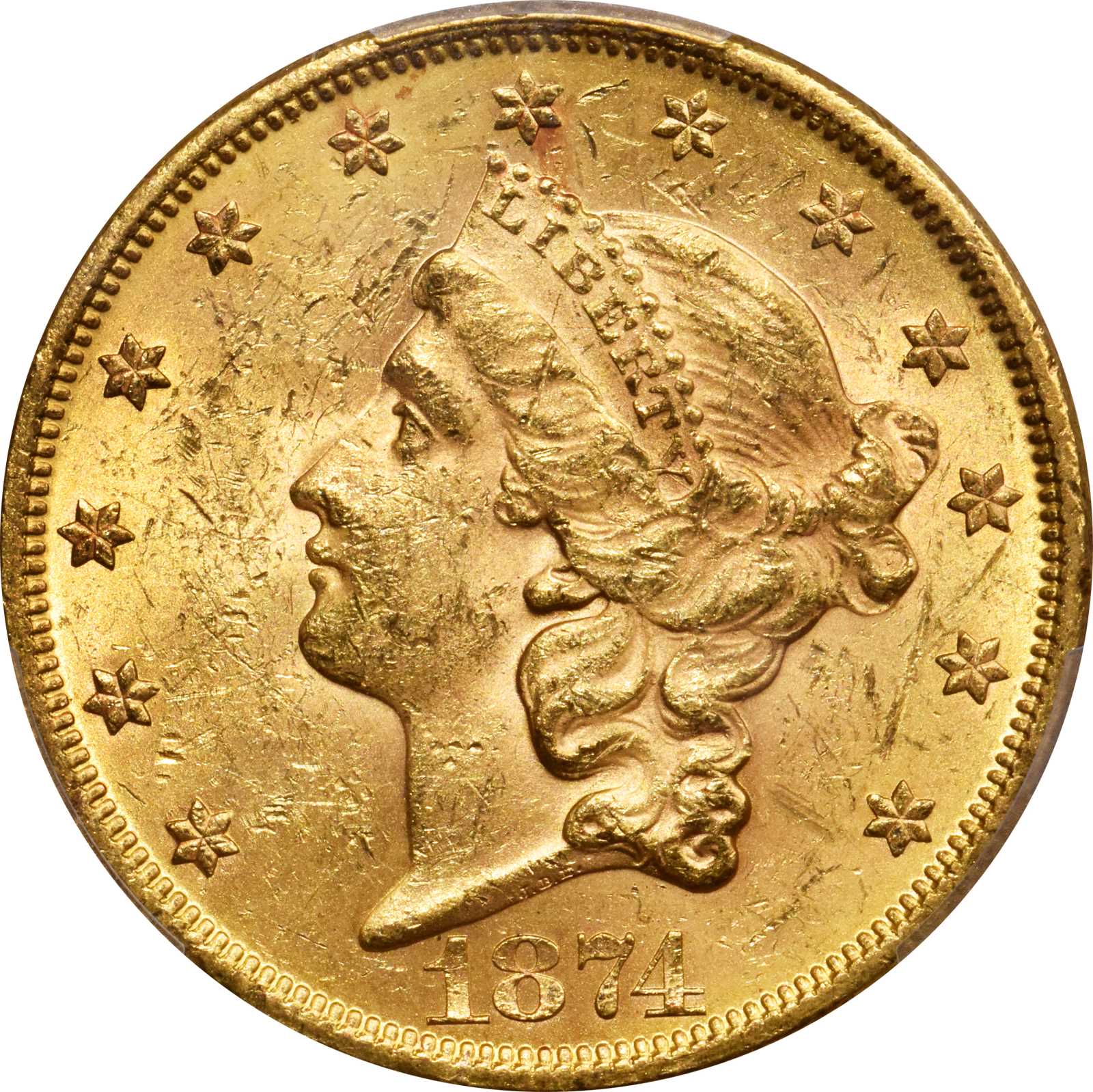 1874 Liberty Head Double Eagle. MS-62 (PCGS). This lovely BU example exhibits a bold blend of frosty mint luster and vivid rose-orange patina. Sharply struck. The circulation strike mintage for this issue is 366,780 pieces, reduced nearly 1.4 million coins from the previous years output in Philadelphia. The effects of the Panic of 1873 were still felt in 1874, and nearly 6,000 more businesses failed, thus adding up to a slightly higher total of losses than in the Panic of 1857. Face value amounted to $7,335,600. Many of the known low-range Uncirculated examples of the 1874 have come from overseas bank hoards in the second half of the 20th century, the current population perhaps in the range of 250 to 350 coins. This is one of the finer certified pieces, and it would do justice to an advanced type or date set. From the Fairmont Collection.