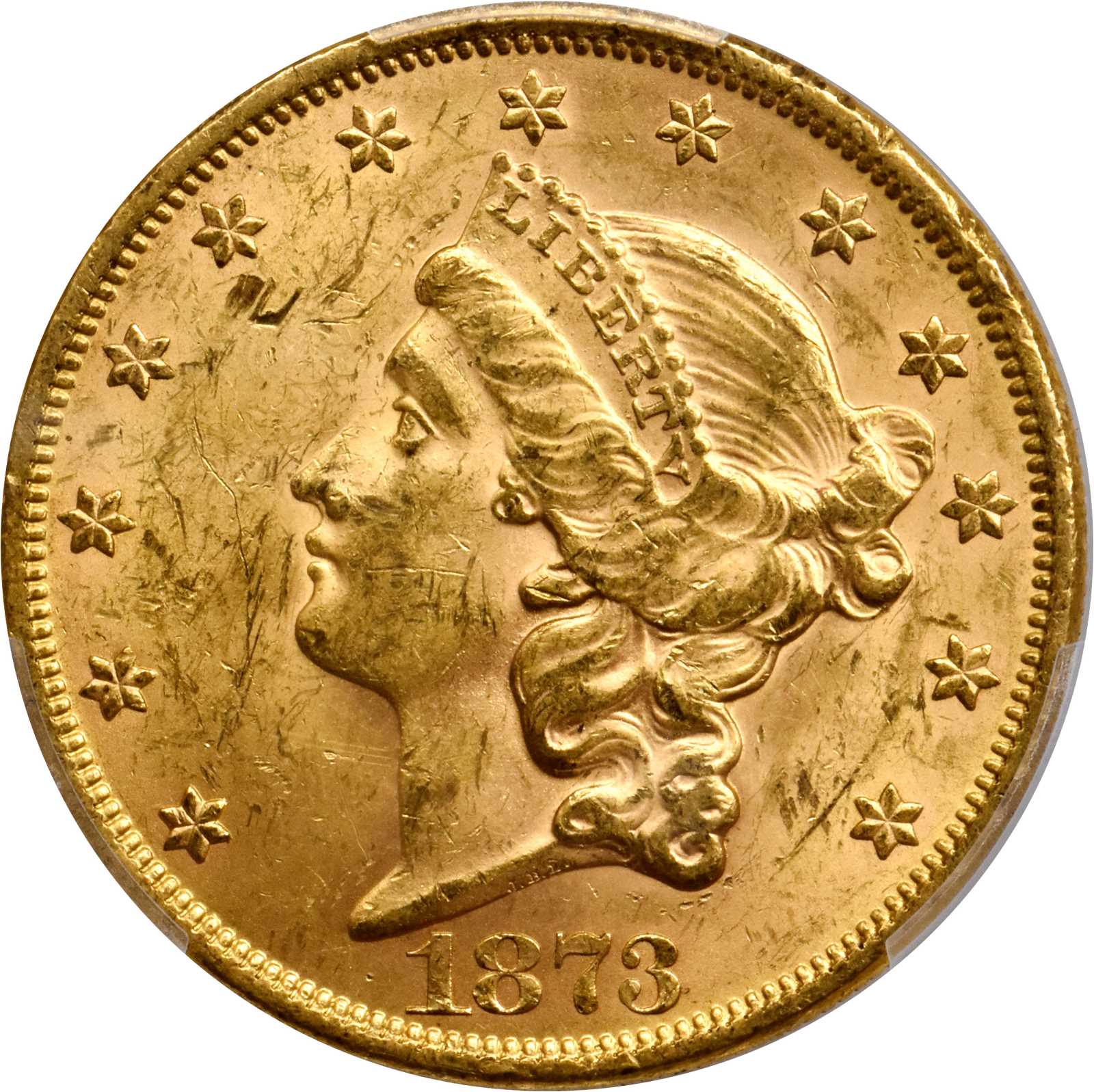 1873 Liberty Head Double Eagle. Close 3. MS-62 (PCGS). Highly lustrous with a frosty texture, this endearing piece also exhibits sharp striking detail and vivid medium gold patina. The mintage for the circulation strike 1873 double eagle is 1,709,825 pieces, face value amounting to $34,196,500. This total includes both Close 3 and Open 3 date logotypes, the former undoubtedly comprising only a small percentage of the mintage given the scarcity of survivors relative to those of the Open 3 variety. Indeed, only 1,000 or so 1873 Close 3 double eagles are extant in all grades, fewer than 100 of which are Mint State. Premium quality at the MS-62 level, the present example represents a fleeting bidding opportunity for the astute double eagle enthusiast.The Close 3 and Open 3 varieties were publicized by Harry X Boosel, who had no period after his X middle initial. He began collecting and dealing (on the side) in coins in the 1930s. From March 1957 through December 1958 he wrote articles concerning the coinage of 1873, and the change in the 3 date logotype that was instituted by the Mint in the course of that year. The 3 used for multiple coin series that year initially had the knobs on the open ends of this digit too close together, and the numeral to some people looked like an 8. Accordingly, in the course of the year the date logotype was modified so that there would be more space between the open ends to the left side of this numeral -- hence the designation thereafter of an Close 3 and an Open 3 variety for 1873. At first the term "Closed 3" was used, but then Kenneth Bressett and others involved with the Guide Book of United States Coins changed the nomenclature to "Close 3," as the two knobs were not closed or touching, but were close together. From the Fairmont Collection.