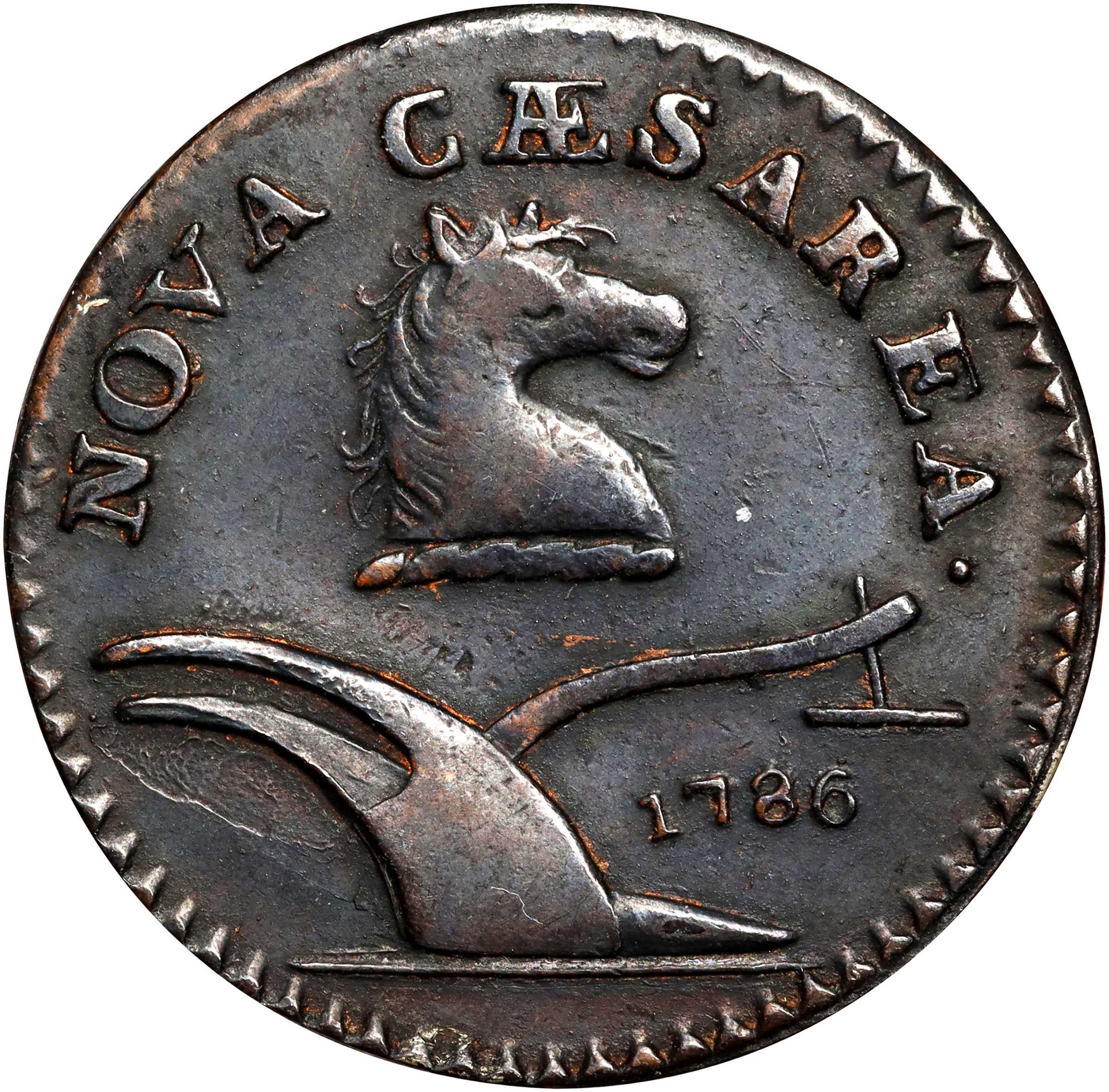 Electrotype of 1786 Maris 8-F, Date Under Plowbar. Copper Shells, hollow, joined at the edge. Extremely Fine. 78.0 grains. 28.7 mm. Shells joined with reverse aligned slightly clockwise from coin turn. Made from the Bushnell-Parmelee-Garrett specimen, the same specimen used to make the electrotype that was depicted on the Maris plate. Nearly black on the obverse, black and peach on the reverse. Quite sharp, depressed patch under plow handles, pit on shield atop the strike between second and third pales from right. Not the most elegantly made electrotype, but a fine way to represent this rarity in a way that is not apt to every fool anyone. Only three genuine examples are known, none of which have sold since 1983. From the Sydney F. Martin Collection. Earlier ex Lawrence R. Stack Collection, November 2006.