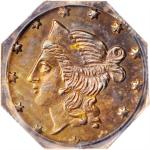 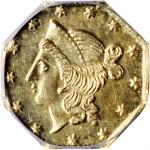 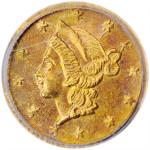 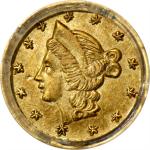 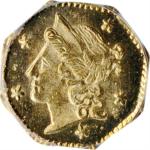 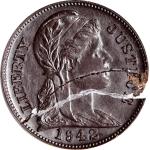 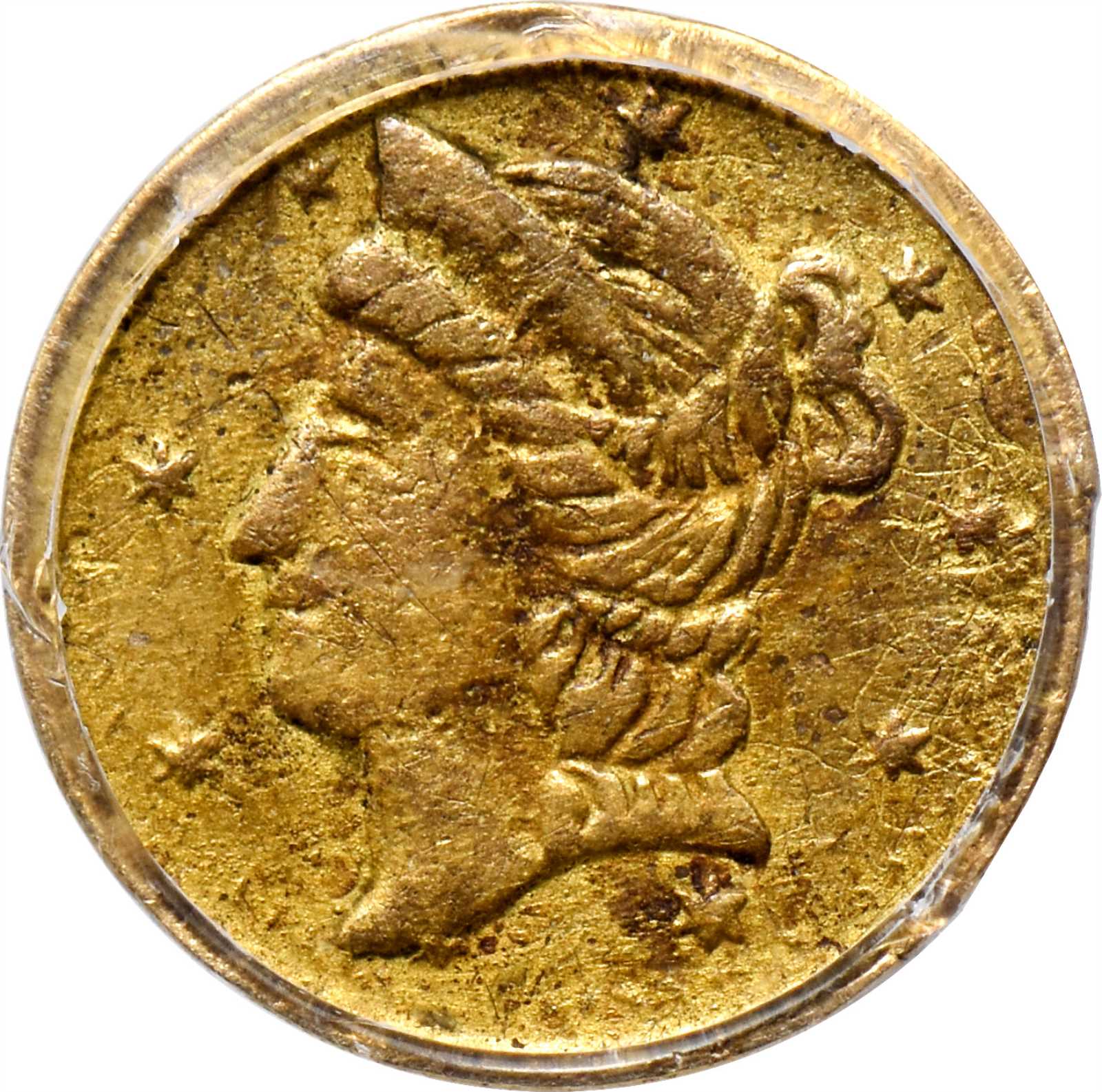 Undated (1853) Round 25 Cents. BG-209B. Rarity-8. Liberty Head. EF-45 (PCGS). Stacks Bowers Galleries is honored to be offering this key variety in the California Small Denomination gold series, the first since our (Bowers and Merenas) September 2003 sale of the Jay Roe specimen. Even honey-gold color blankets surfaces that also reveal subtle powder blue and pale pink highlights as the coin dips into a light. This is a crude type and, while all known examples are soft to one degree or another, this piece exhibits sufficiently bold detail to all major design elements. The surfaces appear a bit rough under magnification, and a faint scratch on Libertys cheek is also noted for accuracy, but the in hand appearance is pleasing and the overall quality significant for this exceedingly rare BG number.<p>The BG-209B is listed in the first edition of the Breen-Gillio reference on California Small Denomination gold as BG-1308, later called BG-214W, although it is now surmised to be from Period I due to die linkage with BG-204B. (The two varieties share the same reverse, identifiable by a die break from the upper left border to the adjacent berry.) However, the second edition (2003) of the Breen-Gillio reference cautions, "Despite the die link to 204B, there is a strong possibility that a Period I die survived into Period III, and that this and 204A are late mulings, as suggested by Mike Locke." Regardless, BG-209B is a great rarity that is missing from virtually every collection of California Small Denomination gold either formed in the past or currently in formation. The Bob Leonard census published in 2003 lists only three specimens, one of which, the Jay Roe coin, represents our last offering for this BG number, as above. The present example may be the #1 or #3 coins in the Leonard census, or it may be a newcomer to the census. In either case, it is a formidable rarity and one of just three or four examples of BG-209B believed extant. This coin will certainly be the focus of a spirited bidding exchange, each bidder knowing full well that not taking this rarity home after our sale may mean never again having the opportunity to own an example of this rare BG number. From the Oregon Collection.