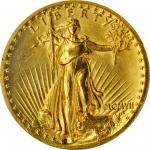 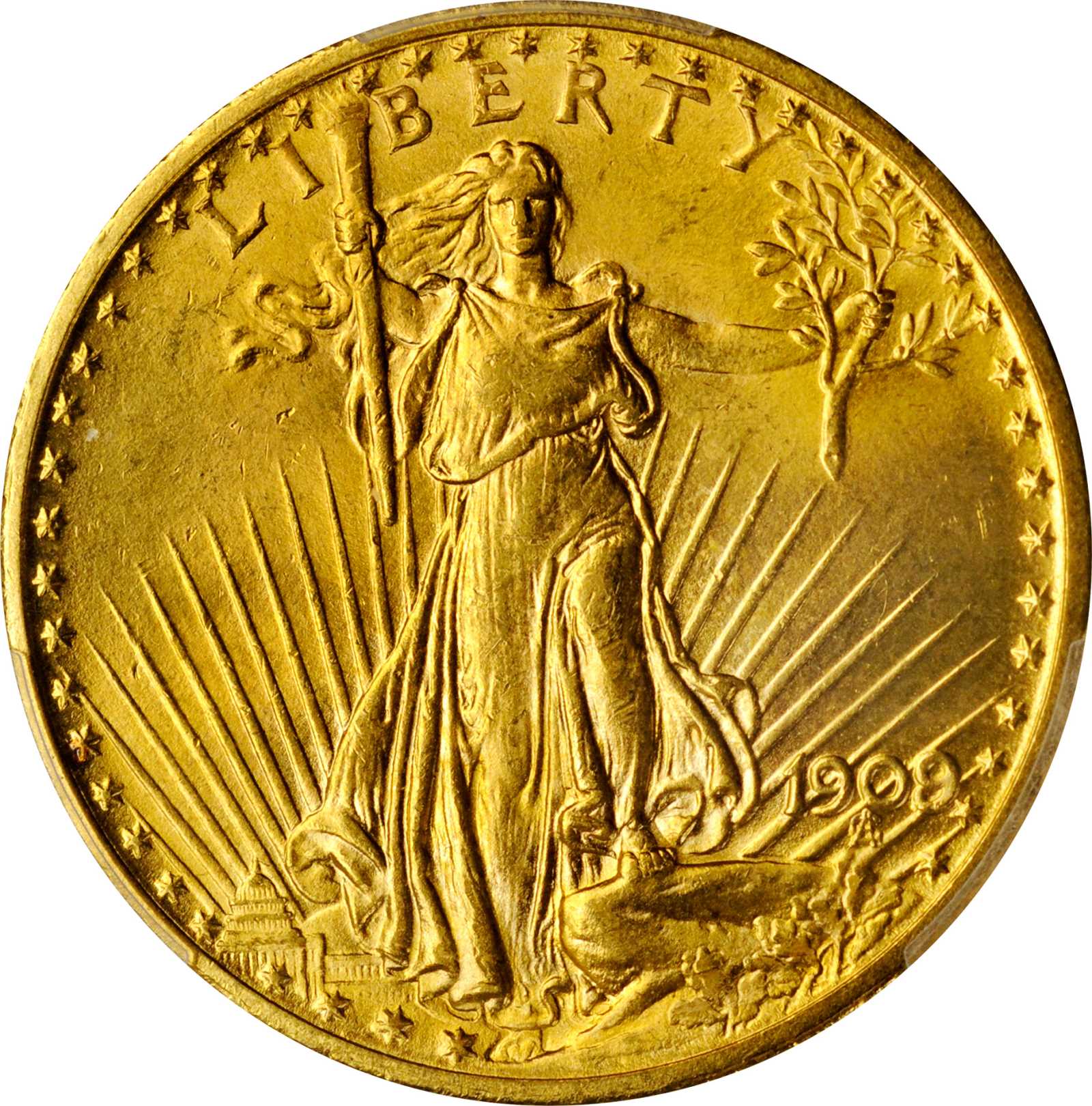 1909/8 Liberty Head Double Eagle. MS-64 (PCGS). This is the only overdate among all the gold issues from 1907 to 1933. The dies were left over from the 1908 No Motto twenties, thus the 1909/8 has the same "flat" look to the obverse that the other No Motto issues do. This example is well struck (the flatness on the obverse is the result of a weakness in the dies, not the strike) and exhibits the typical 1909/8 "soft" frosty appearance that is very appealing. Highly lustrous and essentially mark-free throughout, the color is a light greenish-gold, with a slight orange tint. Because it is an overdate and a very clear one at that, the 1909/8 is a very popular coin and is considered rare in finer conditions. In the late 1960s and early 1970s, a few hundred pieces were found in Europe, but many of them were circulated examples.