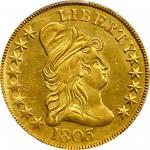 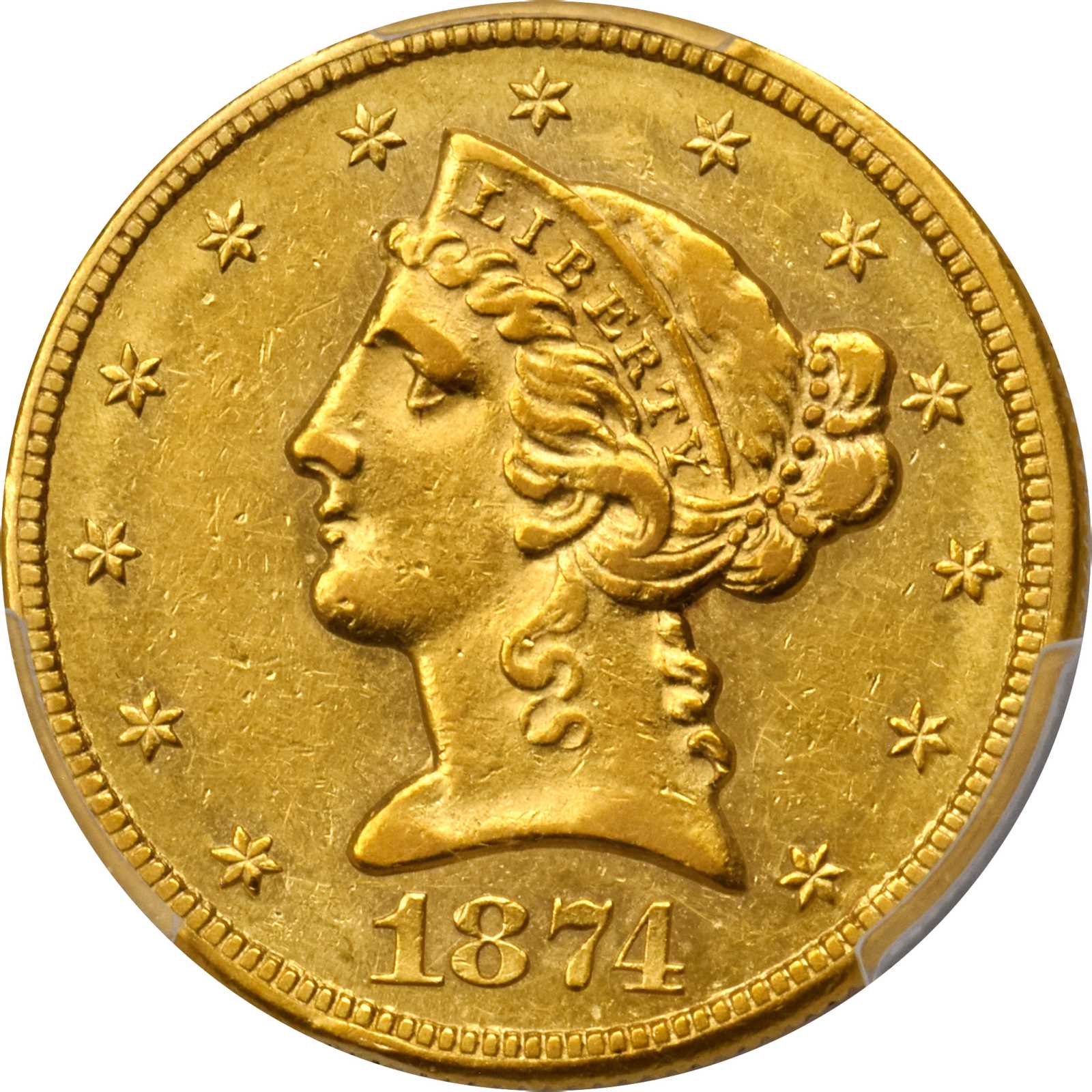 1874-CC Liberty Head Half Eagle. AU-55+ (PCGS). CAC. Truly superior in every respect, with flashy prooflike surfaces across each side. Vibrant yellow-gold patina is accented by pale ivory hues surrounding the devices. Intensely lustrous and well defined throughout, with tremendous eye appeal for the assigned grade. With a total of 21,198 pieces struck, Carson City produced more half eagles in 1874 than at either Philadelphia (with only 3,488 coins) or at San Francisco (with 16,000 coins). Carson Citys output was almost exclusively used locally where the denomination served yeomans duty in daily commercial activity, rather than in international trade like many of the coins produced at Philadelphia and even San Francisco. Despite this, there is a very high attrition rate among Carson City half eagles, with at most around 1% remaining. The 1874-CC half eagle is the most accessible of the denomination from this decade with as many as 200 to 250 extant specimens. As with most issues from this storied Nevada facility, by far the vast majority of these coins are in the VF or EF grade levels, with significantly smaller amounts at the low end of the AU scale. At the Choice AU and above level, this issue is a widely recognized condition rarity, with only three Mint State grading events reported by PCGS. The CAC mark of superior eye appeal and quality helps lend credence to this coins inclusion among the most desirable examples. A remarkable coin worthy of a place of honor in an advanced Western gold cabinet. 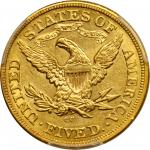