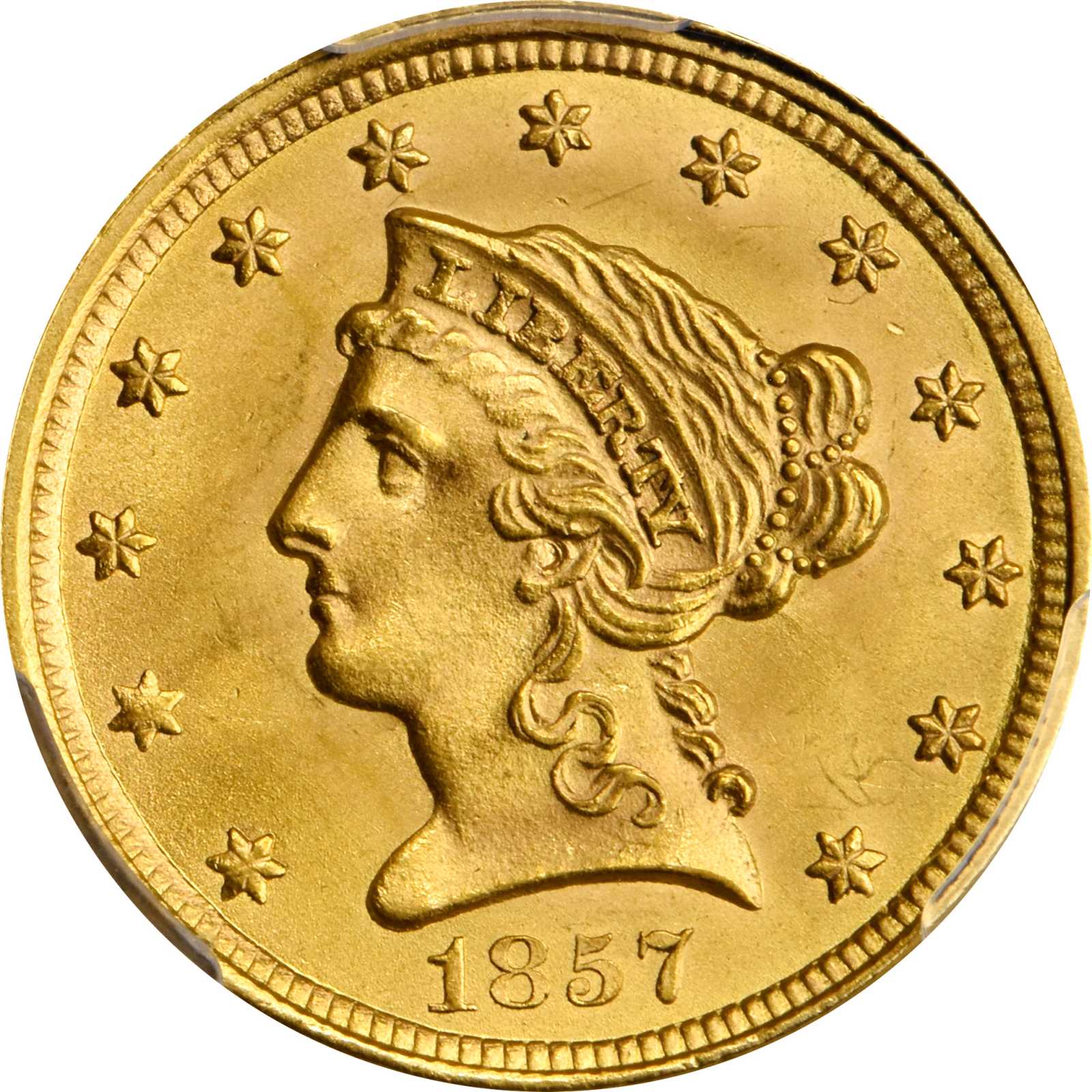 1857 Liberty Head Quarter Eagle. MS-66+ (PCGS). CAC. Here is a simply outstanding Gem example of this underrated issue from the early Liberty Head quarter eagle series. Frosty, vivid medium gold surfaces display tinges of pale rose under a light. Both sides are as nice as would be expected for the assigned grade and are very close to pristine. Sharply struck in all but a few isolated areas, this is a gorgeous example of both the type and issue that would serve as a highlight in even the finest gold cabinet.As with so many early dates in the various Liberty Head gold series, the 1857 quarter eagle is an overlooked condition rarity. As a product of the Philadelphia Mint with a generous (for the era) mintage of 214,130 circulation strikes, the 1857 is often regarded as a common date from the pre-Civil War era. True, circulated survivors are plentiful enough that they usually trade for only a slight premium over "type" prices. Yet even in worn condition the 1857 is underrated compared to the 1855 and 1856, while in Mint State it is rare, although unrecognized as such in the wider numismatic market. According to authors Jeff Garrett and Ron Guth in their <em>Encyclopedia of U.S. Gold Coins, 1795 - 1933</em> (2nd Ed., 2008): "Uncirculated examples of the 1857 quarter eagle become scarce starting at the MS-60 level. Choice and gem coins are offered very infrequently." Perhaps surprisingly for an issue that is elusive even at the Uncirculated grade level, there are a few truly spectacular examples of the 1857. The premium quality Gem offered here is one of those coins, as is the phenomenal PCGS MS-68 offered as lot 11661 in our August 2012 Philadelphia ANA Auction. Astute gold enthusiasts would be wise to pursue this lot with vigor, and prepare for stiff competition from other collectors who appreciate the excellent value that still can be found in many pre-Civil War Liberty Head gold issues. 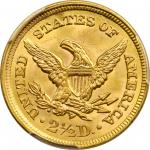