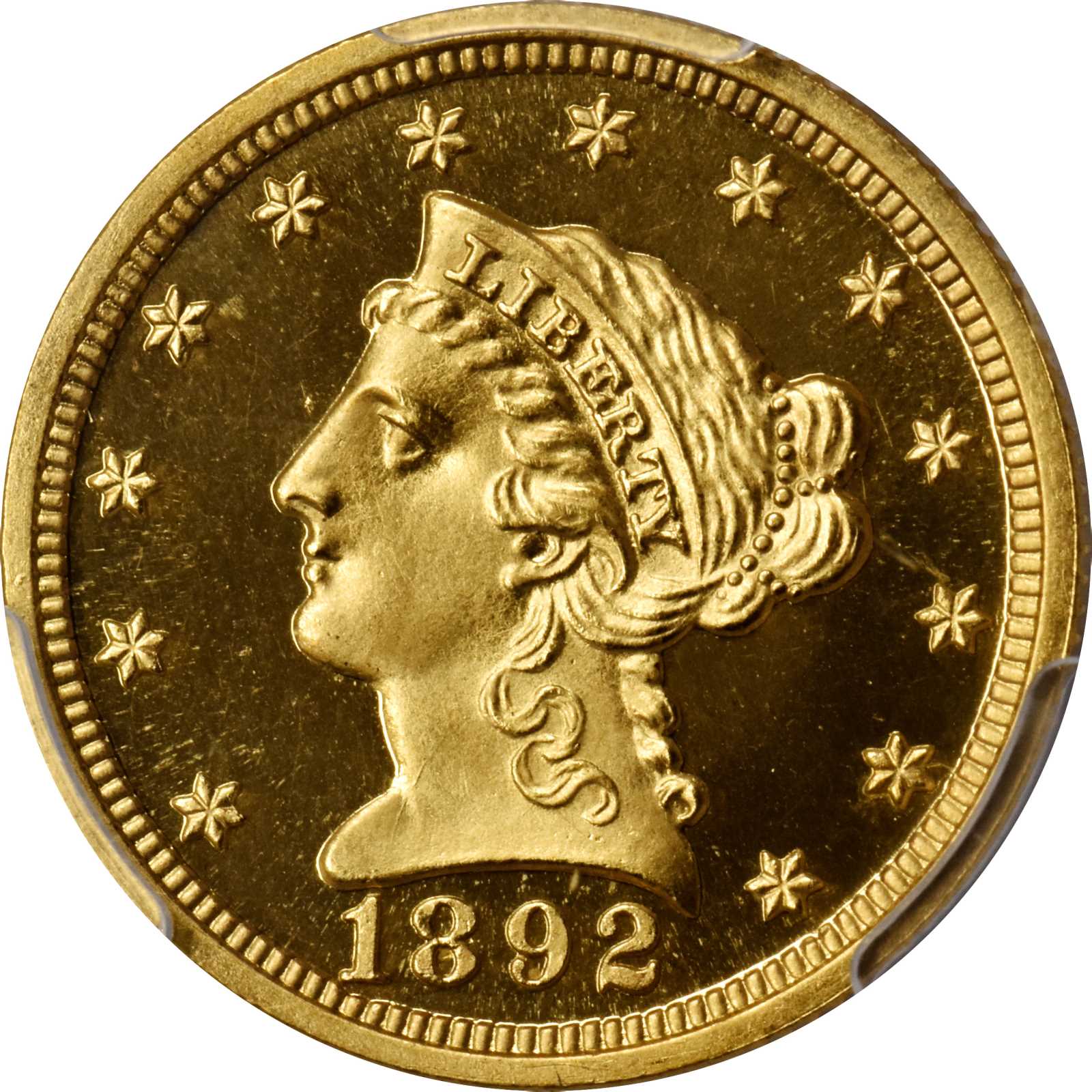 1892 Liberty Head Quarter Eagle. JD-1, the only known dies. Rarity-5. Proof-67 Deep Cameo (PCGS). This breathtakingly beautiful example possesses virtually pristine surfaces bathed in vivid golden-yellow patina. Field to device contrast is expectably strong for the coveted DCAM designation from PCGS, the former areas deeply mirrored and the latter bathed in soft mint frost. The strike is razor sharp throughout, as befits the method of manufacture. Classic U.S. Mint Proof gold coins have always been exclusive prizes in the field of American numismatics. Most were issued in sparse numbers, and with natural attrition, todays survivors are seldom seen. With a tiny mintage of just 2,440 circulation strikes for the 1892 quarter eagle, advanced date collectors sometimes opt for one of the 105 Proofs of this year, adding extra demand for this already rare issue with an extant population of only 45 to 55 specimens (per John W. Dannreuther, 2018). This is one of the finest that we have ever offered, both in terms of technical merit as well as in possessing the highly desirable Deep Cameo contrast, and it would serve as a highlight in any cabinet. 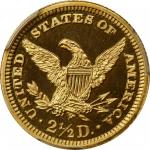