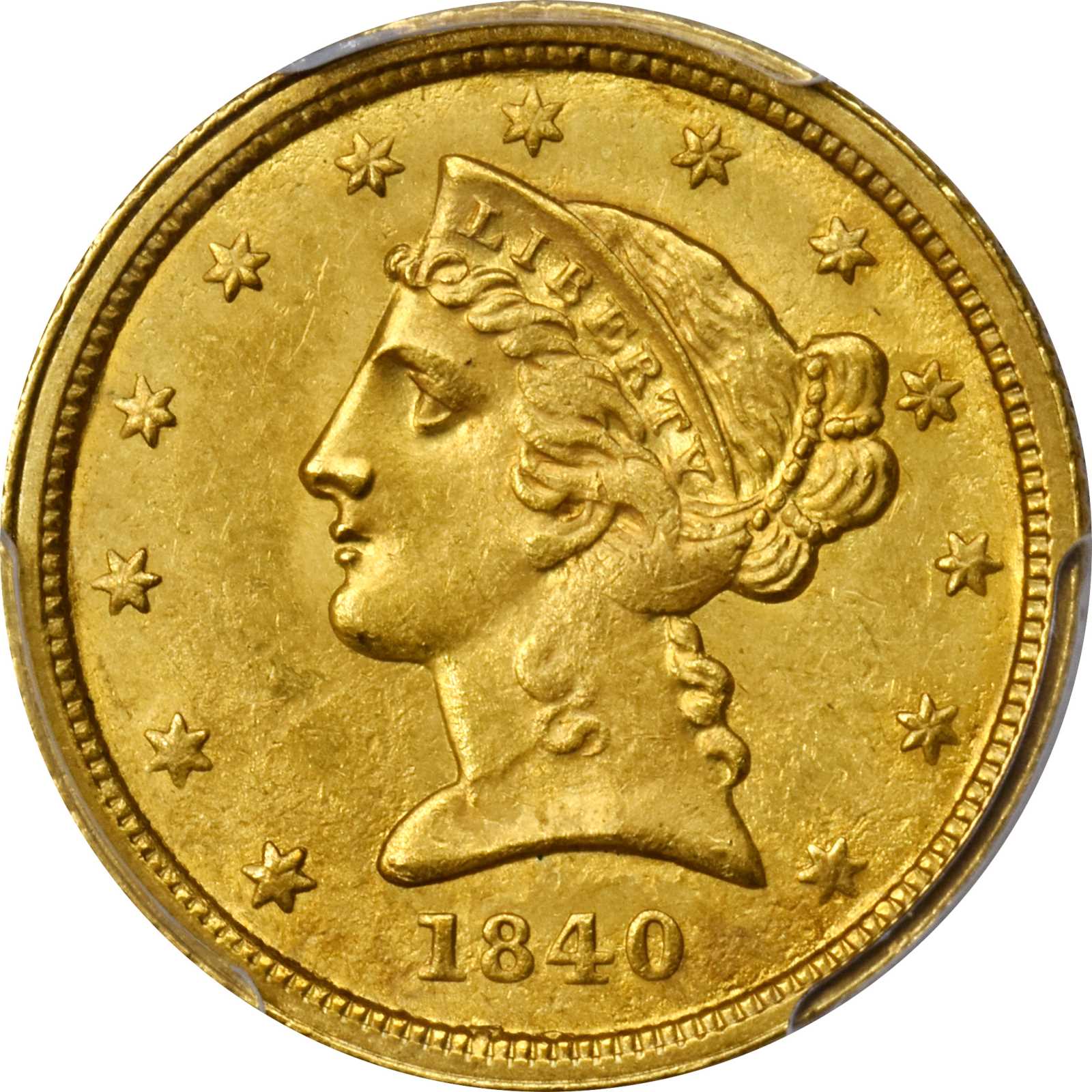 1840-C Liberty Head Half Eagle. MS-64 (PCGS). With great pleasure we offer one of the very finest known examples of this early Charlotte Mint half eagle, the first year with the mintmark on the reverse, and a rarity within the type in all grades. The patina boasts vibrant yellow-gold color with peach accents at the central reverse. A glass reveals as-made roughness in the lower obverse, though this is not unusual on products from the Charlotte Mint. A distinct wire rim traces much of the circumference on both sides, testifying to the strong strike throughout. The reverse die is heavily fatigued, exhibiting Winter Die State II. Cracks descend down from the rim at 12, 4, and 9 oclock, passing through the I of AMERICA, E of UNITED, and final S of STATES. The 1840-C is a rare and very underrated issue that is seldom seen in Mint State. It is decidedly more rare in all grades than the 1839-C and the 1841-C to which it is typically compared. with a reported mintage of just 18,992 pieces struck, it is also more rare than any of the D Mint Half Eagle issues from 1839-1841. Most known examples of the 1840-C grade only VF or EF, and even in AU, this issue is very rare. Perhaps just 4-5 truly Uncirculated examples survive. This particular example is truly historic and ranks among the finest known example of this rare issue, sitting in second place on the PCGS Population Report by only a "+". We had the pleasure of previously offering this piece nearly a decade ago in our March 2011 Baltimore Auction, which was also the last time we handled a Mint State example from this issue. Ex our November 2011 Baltimore Auction, lot 9469; Heritages sale of the Robert Craig Family Collection, January 2018, lot 5035; Legends sale of May 2019, lot 520. 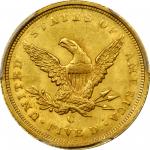