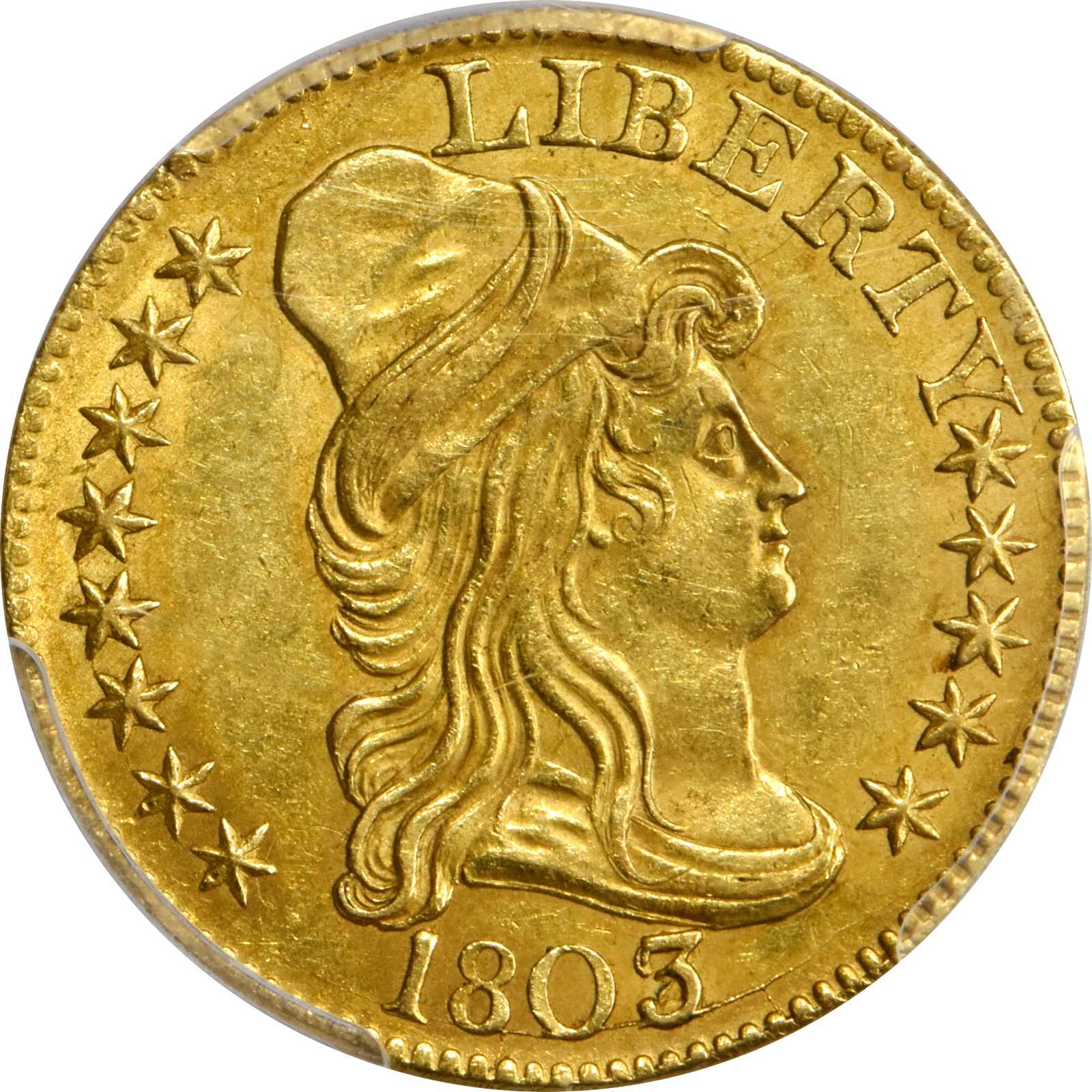 1803/2 Capped Bust Right Half Eagle. BD-4. Rarity-4. Perfect T, 3 Touches Bust. MS-61 (PCGS). An appealing piece, both sides are warmly patinated in a blend of honey-olive and golden-orange. The strike is superior for a product of the early United States Mint, with both sides nicely centered within uniformly denticulated borders. The design is boldly to sharply defined throughout. Quite smooth overall, especially relative to the assigned grade, this superior quality Uncirculated half eagle would do equally well in a Mint State gold type set or specialized collection of early half eagle varieties. BD Die State c/c.As demand for half eagles increased at the still young Philadelphia Mint, there was pressure to produce as many coins as possible with whatever die steel was on hand. The Heraldic Eagle $5 gold coins show ample evidence of these cost-saving measures, notably the anachronistic 1795-dated issue (even though this reverse was not put into use until 1797) and the multiple overdate-only issues. Four die pairs were used for this issue, two obverse dies both with overdates and four reverse dies. The two obverse dies were originally intended for the 1802 half eagles but for unknown reasons they were never used with that date, so the following year they were both recut to 1803 and put into use. The two obverse dies differ in the letter T in LIBERTY: the first three die marriages employed show a T with a broken lower right serif while the final obverse used has a perfect T. Only one pair, BD-4 (as here), utilized the Perfect T obverse. Since many early Mint records are vague in terms of number of coins struck, estimates vary as to how many 1803/2 half eagles were coined: the official number is 33,506 pieces for calendar year 1803, though John W. Dannreuther indicates that this figure also includes perhaps 1,000 coins struck from 1804-dated dies.As with most early U.S. Mint gold issues, the 1803/2 half eagle suffered heavy losses in the bullion speculation melts of the 1820s and 1830s, leaving only around 125 to 175 coins of the estimated 6,000 to 9,000 struck from the BD-4 die pair. A modest number of Uncirculated examples are known, making this issue a perennial favorite among advanced numismatists. 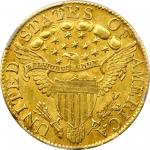