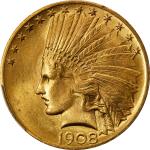 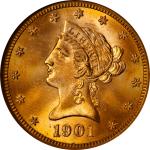 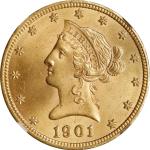 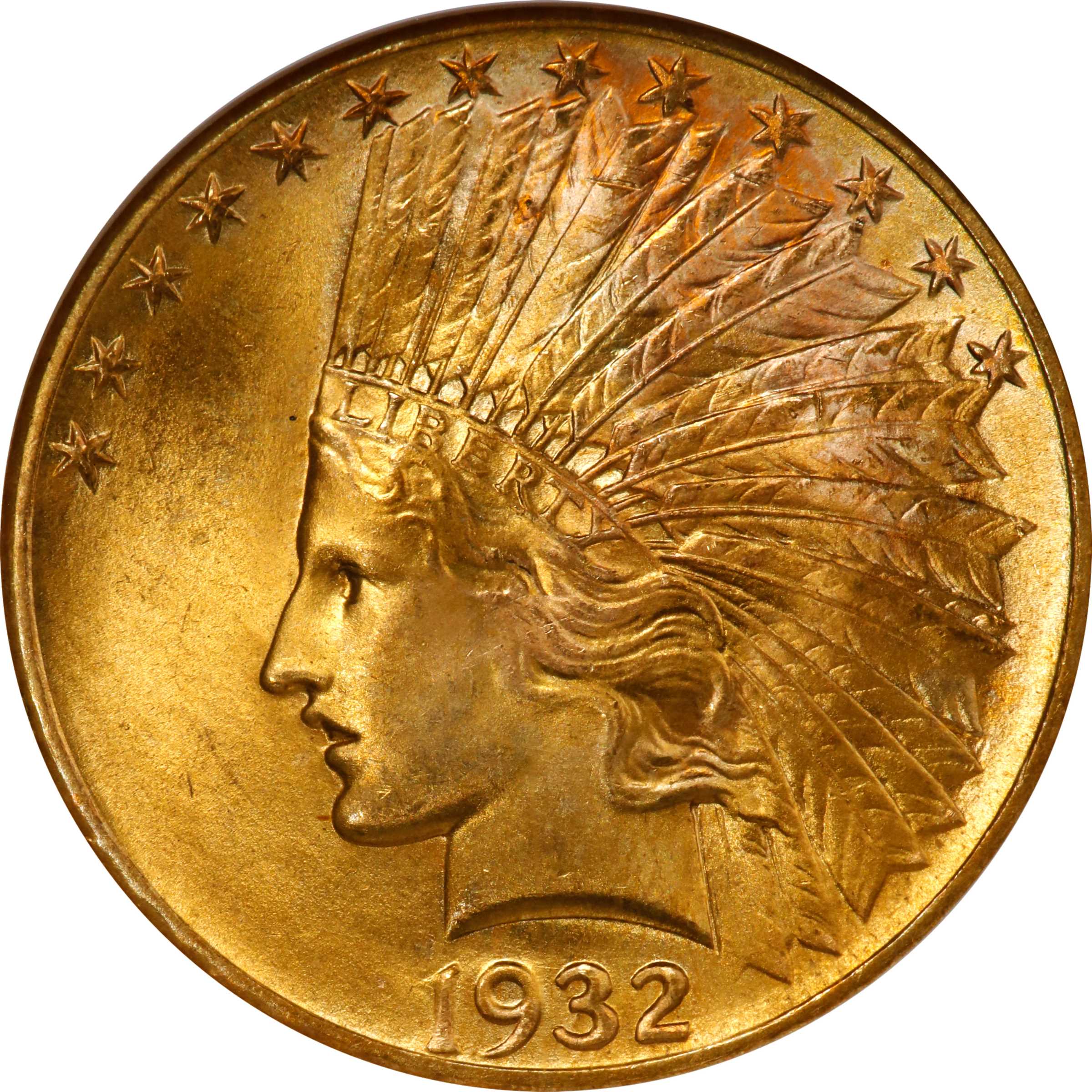 1932 Indian Eagle. MS-67 (NGC). It has been 10 years since we last offered a Superb Gem 1932 Indian eagle, confirming the extreme rarity of this otherwise readily obtainable issue when in this extraordinary level of preservation. Both sides of this beautiful coin exhibit wisps of pale rose and powder blue on dominant medium gold color. The texture is full, satiny and virtually pristine, with a razor sharp strike adding to the overall appeal. It is perhaps surprising that the Philadelphia Mint delivered a staggering mintage of 4,463,000 ten-dollar gold eagles during this Depression year. While most remained undistributed in government vaults before being melted in 1937, enough were released that the 1932 ranks as the most available Indian eagle in today market. A considerable number of coins are known in Mint State, although we caution quality conscious collectors that almost all are below MS-65. This issue is a landmark condition rarity in Superb Gem MS-67, the present example tied for CC#1 with a handful of others at this level. It is a standout coin destined for the finest of 20th century gold collections. PCGS# 8884. NGC ID: 28HB. NGC Census: 8; 0 finer. The corresponding PCGS Population is 1/0. 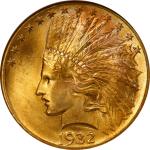 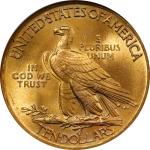