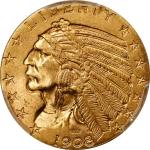 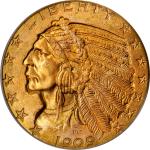 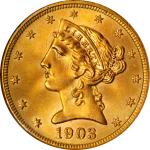 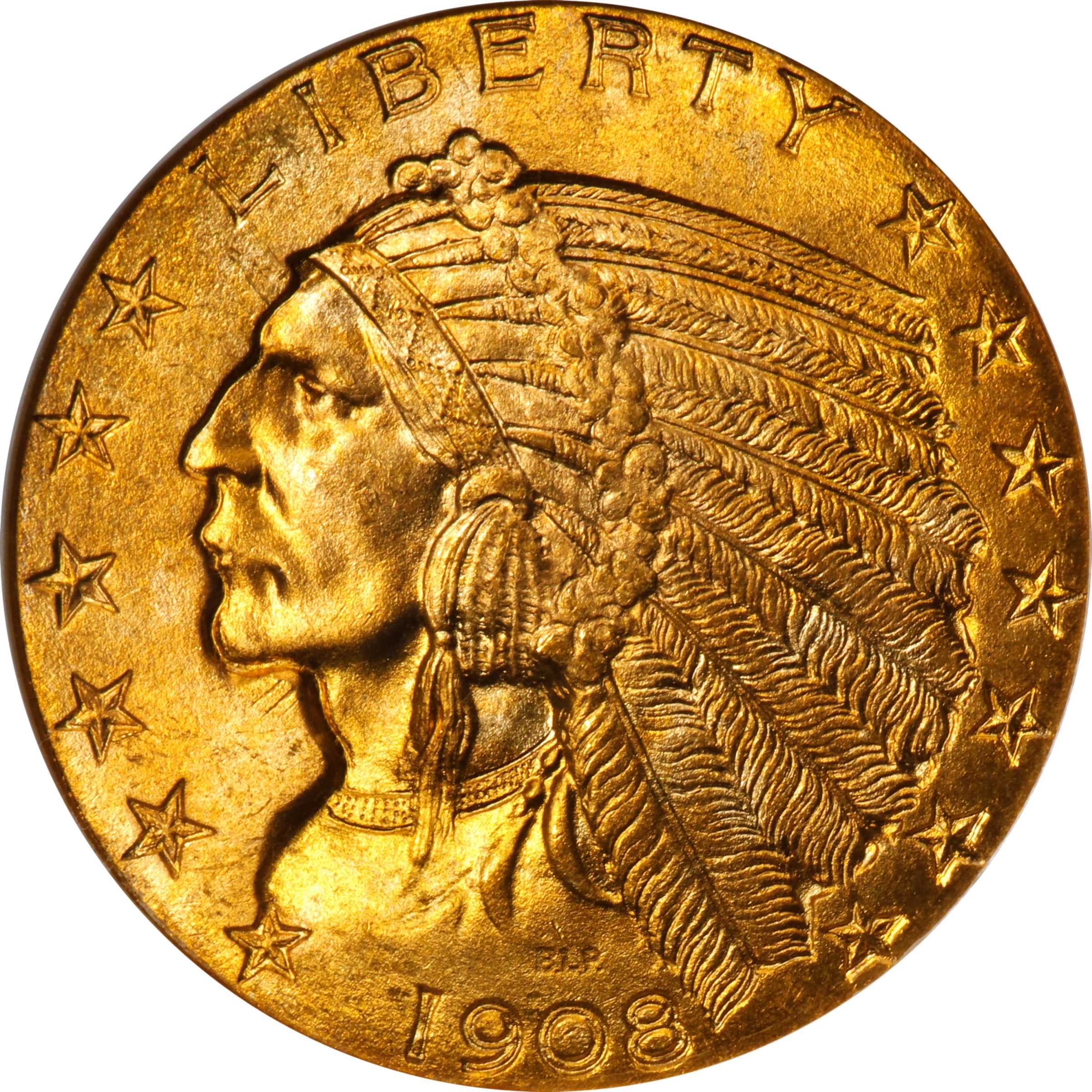 1908-S Indian Half Eagle. MS-67 (NGC). This is a lovely, conditionally rare Superb Gem 1908-S, one of the lowest mintage circulation strike Indian half eagles. It is expertly produced, as typical for the issue, with both sides exhibiting razor sharp striking detail and bountiful satin luster. Vivid deep orange-gold color blankets both sides. With its pleasing original appearance and superior surface preservation, this coin will be just right for an advanced collection of 20th century U.S. Mint gold coinage. Bela Lyon Pratts incuse design made its debut in the quarter eagle and half eagle series in 1908. The San Francisco Mint, which would produce only half eagles of this design, struck 82,000 examples during the first year of this series, the lowest mintage among Indian half eagles after only the 1909-O and 1911-D. As a first year issue a fair number of 1908-S half eagles were set aside, and there are some extraordinary Mint State examples known. Many of the Gems and Superb Gems that have been certified by PCGS and NGC in recent decades were once part of a hoard assembled by Chicago beer magnate and numismatist Virgil Brand. In an absolute sense, however, Uncirculated survivors are scarce, and the low mintage of this issue has long made it a favorite. The present Superb Gem is sure to be of particular interest to advanced specialists. PCGS# 8512. NGC ID: 28DG. NGC Census: 6; with a single MS-68 finer. 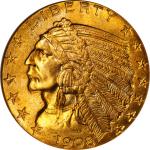 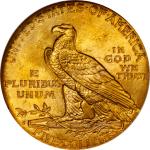