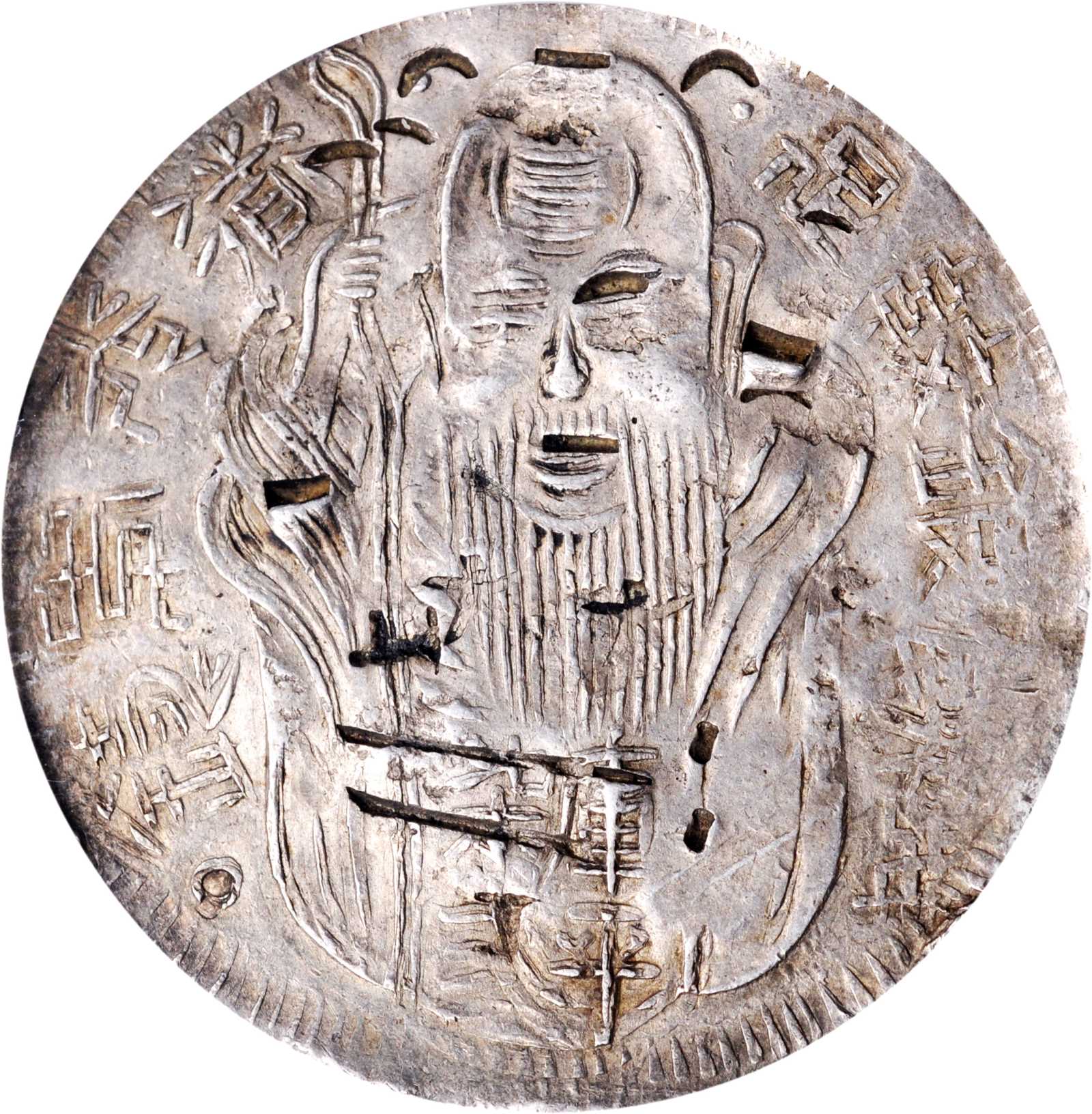 Initially designed as a form of military payment, the Taiwan Dollar quickly gained the approval of the people and grew in popularity. This was primarily due to its high silver content, approximately 98% fine. At this time, the Spanish 8 Reales were the most widely accepted coin being 0.903, just over 90% fine. The obverse depicts the god of longevity, with characters that signify "Seven Two by the Treasury Scales." This represents the first depiction of what later became the standard "7 Mace 2 Candareens."