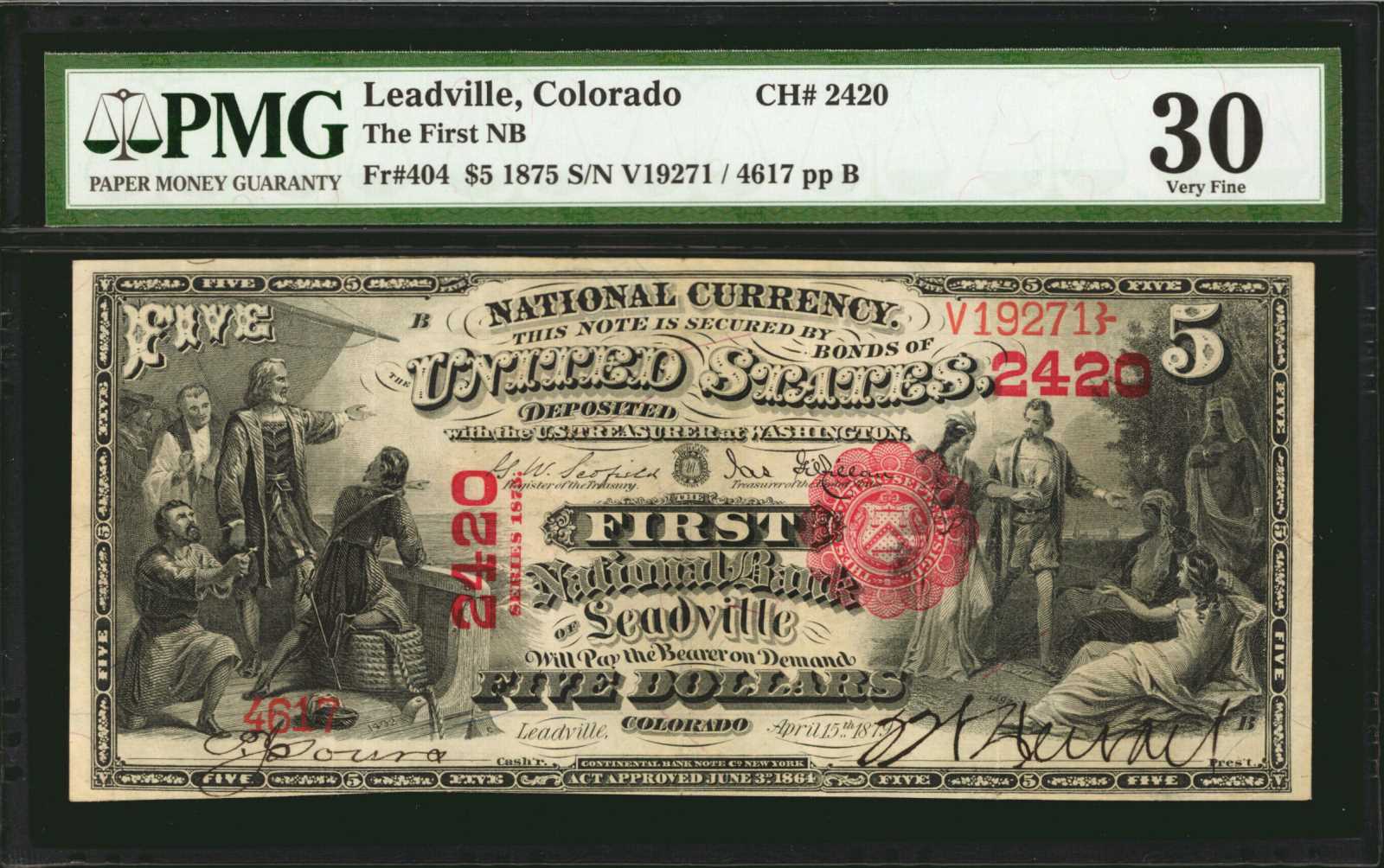 Leadville, Colorado. $5 1875. Fr. 404. The First NB. Charter #2420. PMG Very Fine 30.The earliest incorporated towns in Colorado were mostly centered around mining, then came railroad and farming towns. Leadville is no exception to that rule. And where there was mining, there were outlaws and famous Wild West characters. Doc Holliday lived in Leadville in 1884 (the same year the bank closed) and was tried for murder during his short stint in town. He was acquitted in March 1885 despite overwhelming evidence that he was guilty. Stories like that live on, but the boom days of Leadville are long gone. The 1880 census shows a population of 14,820, today it is 2,693. This banknote is a direct piece of memorabilia from those fabled days gone by. Only four other notes are known from this charter. They are also first charter fives. One is listed without a grade. One is VG/F and two others are listed XF/AU, although comparing pictures, this PMG 30 has more eye appeal even if the technical grade may not be as high. PMG mentions Minor Repairs, but we cannot locate them through the holder. This piece comes from a collection that was last added to in 1977. Notes in this condition from the early 1880s are being added to the census at a slower and slower pace. Waiting on the next Colorado first charter from a five year institution will likely be a slow and uneventful journey.