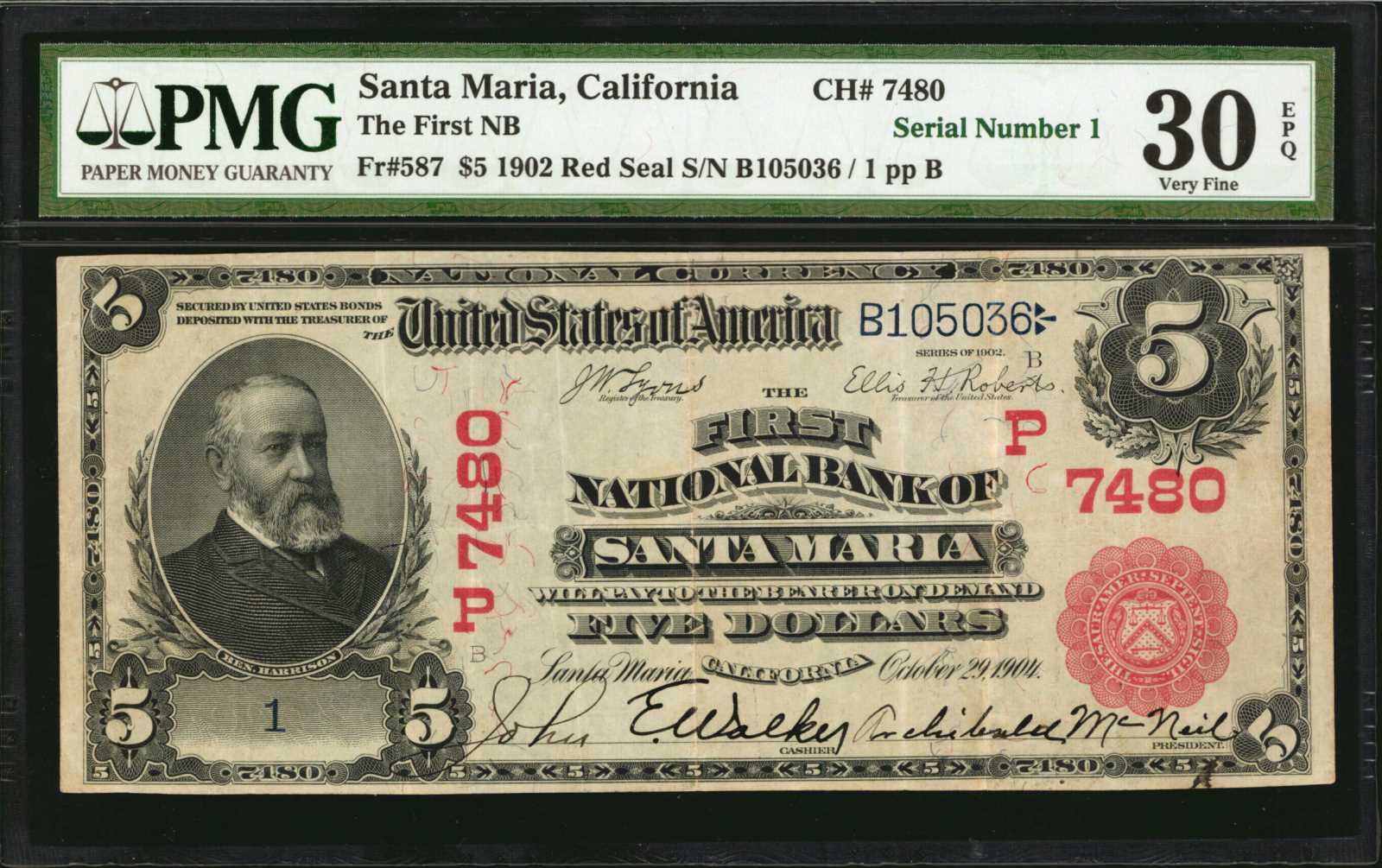 Santa Maria, California. $5 1902 Red Seal. Fr. 587. The First NB. Charter #7480. PMG Very Fine 30 EPQ. Serial Number 1.This is the first Red Seal to come forward from this large size only Santa Barbara County bank and its a serial number 1 to boot! This bank was chartered in November of 1904 and it issued $907,750 into circulation before liquidating in February of 1928. The addition of this newly discovered note to the census brings the total population known on the bank to just 13 examples. Deep red overprint inks and boldly signed signatures of bank officers Walker and McNeil are featured on this modestly circulated and well margined Five. While it isnt terribly unusual for new blue seal discoveries to be made for California banks, red seal and older additions are few and far between. There are no doubt quite a number of collectors on the sidelines who have been waiting for something from Santa Maria besides a circulated blue seal to represent the charter in their holdings.