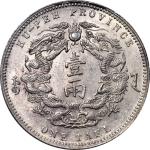 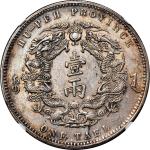 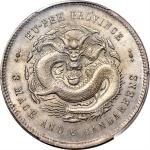 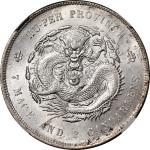 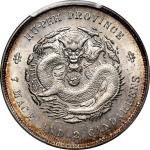 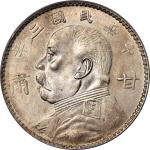 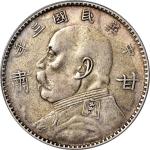 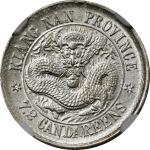 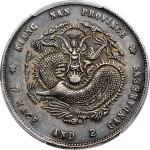 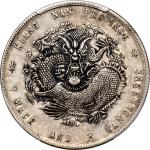 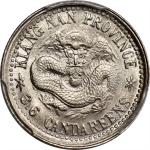 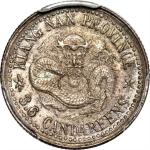 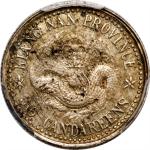 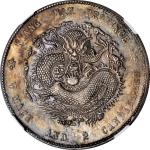 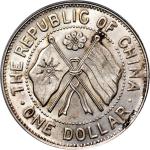 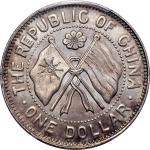 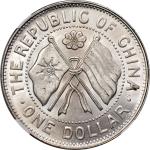 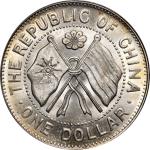 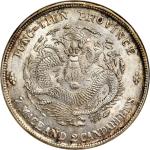 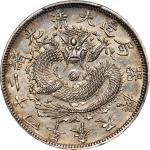 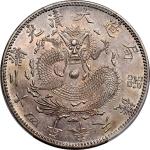 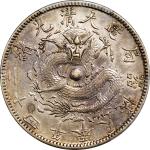 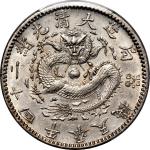 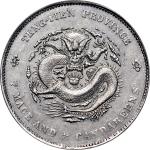 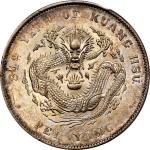 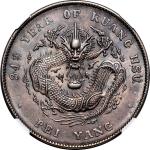 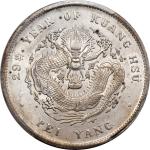 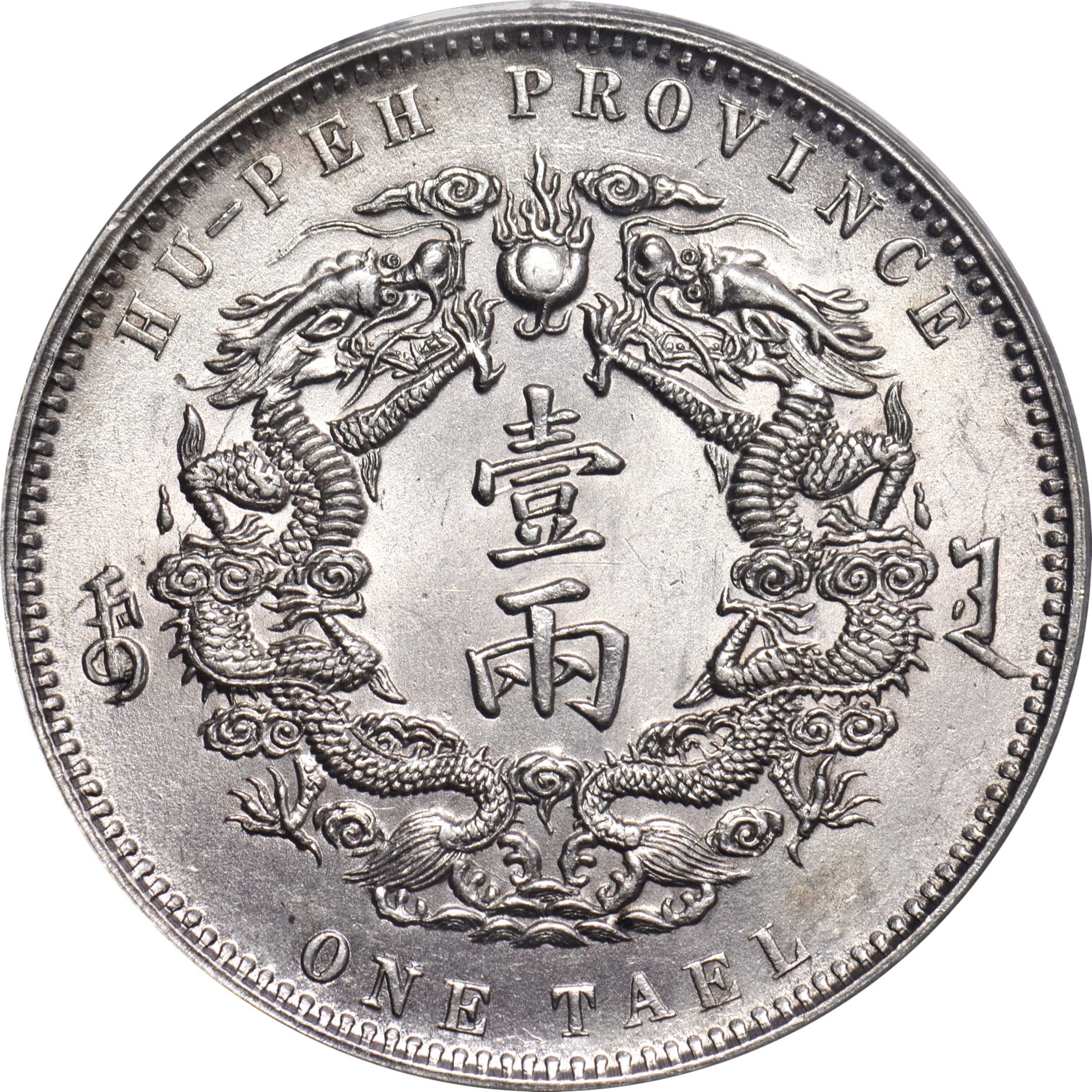 CHINA. Hupeh. Tael, Year 30 (1904). Hupeh Mint. Kuang-hsu (Guangxu). PCGS MS-61. L&M-180; K-933; KM-Y-128.2; WS-0878. Small characters variety. This example of the short-lived Hupeh Tael yields well formed devices of exquisitely intricate detail and a silky smooth luster that almost rolls over the eyes. Nearly fully white, this charmingly wonderful specimen is near the zenith of beauty with both artistic design and wonderful condition, ensuring its desirability. Some slight pebbling is noted on the reverse, serving as evidence of the beginnings of die degradation, one of the characteristics of this VERY RARE type. Faint contacts and friction are the only objection that could be raised to this piece, and given their absorption into the luster, is hardly an objection at all. <em>648,000 Hupeh Taels were originally minted, inclusive of both large and small character types; however, it is unknown exactly how many of each were struck. This Tael was introduced as part of a projected coinage reform based upon the traditional Chinese weight standard rather than the Dollar system. In the initial proposal to produce these coins, it was also suggested to produce smaller denominations in the values of 1, 2, and 5 Mace. However, no such pieces have surfaced (even in pattern form), and it is unlikely they were ever produced. The general populace found it complicated to convert two distinctly different coinage systems, especially when making change.</em> 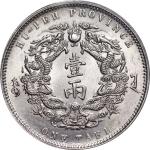 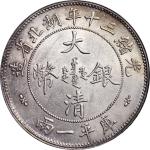