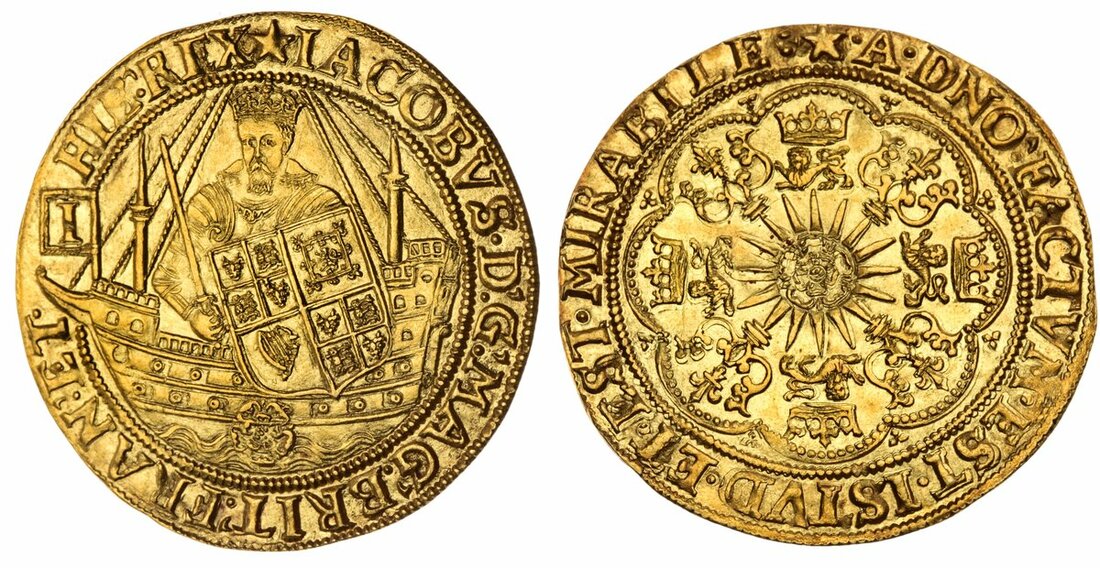 This obverse die is one of the most remarkable to be employed in the long and illustrious history of the English coinage. Whilst overpunched pyx marks are frequent during the reigns of the Stuart Kings, typically the refurbished die is re-marked only once, and in very rare instances twice. However in this particular case, the die evidently sunk during the pyx period of the Key (1609-1610), is re-employed not just for the Mullet (1611-1612) issue as seen here, but also for the subsequent Tower, Trefoil and Cinquefoil privy marks, in effect four times, as testified by the Schneider collection. The British Museum also possesses a further unique coin, exhibiting either the tun or possibly book pyx symbol, again from the same obverse die.


Obvious conclusions can be drawn about the serviceable life of the die, which must have been at least four years and perhaps as long as seven. For economic historians and numismatists alike this is a clear indication of the extremely short supply of Ship Nobles struck for circulation between 1611 and 1615, reflective of the shortage of bullion during this period, and tantalising evidence for the revaluation of the gold specie in November 1611, commoditising this coin at 16 Shillings and Sixpence.