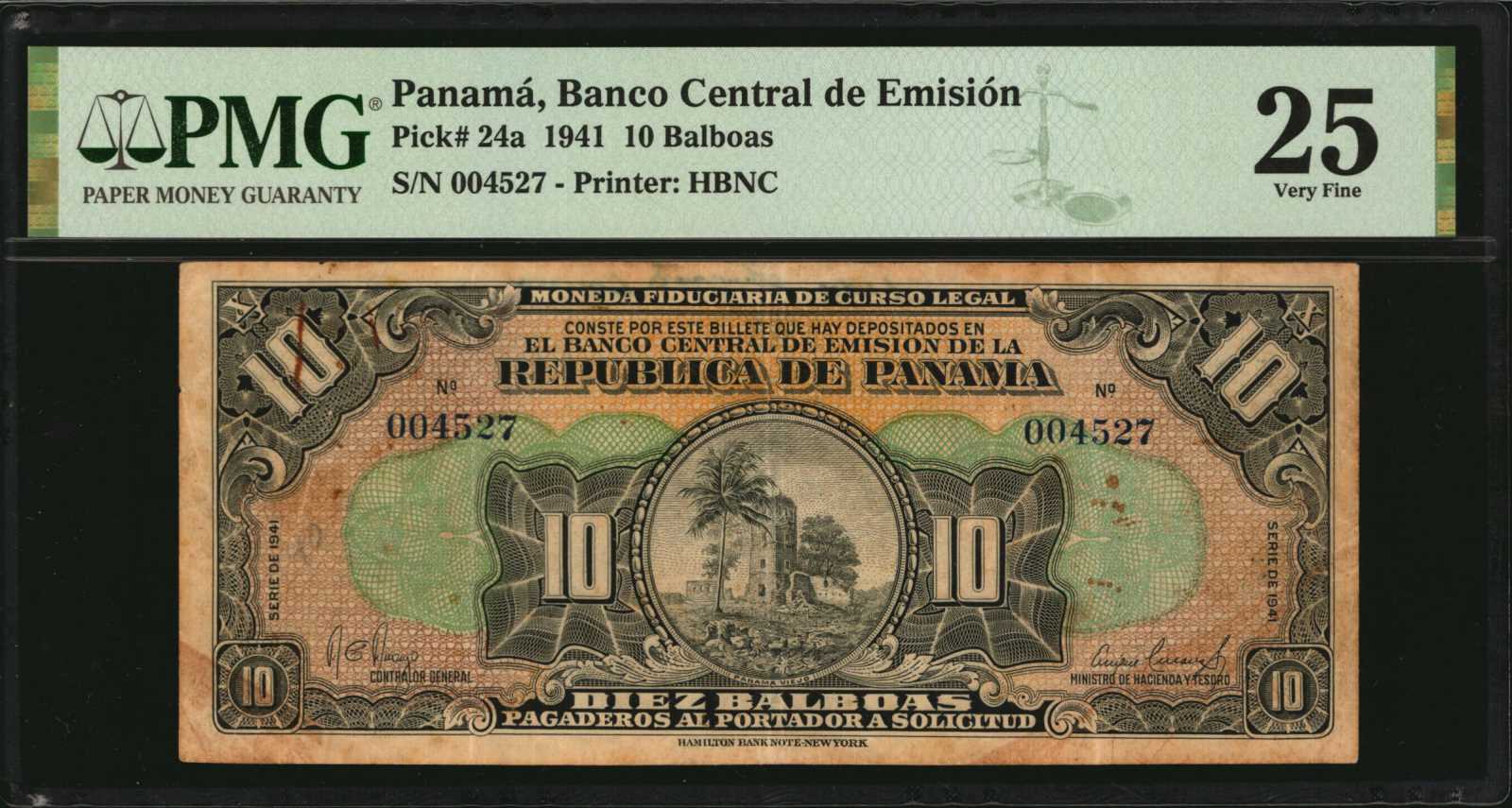 PANAMA. El Banco Central de Emision de la Republica de Panama. 10 Balboas, 1941. P-24a. PMG Very Fine 25. Printed by HBNC. Certainly a piece that is missing from the most advanced collections, as 10 Balboa notes from this series rarely trade hands publicly, so this opportunity to own one of these elusive notes should not be passed up as it might be sometime before one of these tightly-held notes is available to collectors again. At the time of cataloging, PMGs pop report lists a scant 10 issued examples of this pick number to have been graded by their service, which is a testament to the scarcity of this 10 Balboas note. The reverse of the note is printed in dark brown ink, and displays intricate lathe work of the design which offers exceptional appeal. The front of the note displays light green and dark salmon colored inks along with a still appealing design of Panama Viejo at center flanked by two obligations. This note is sure to attract spirited bidding as examples from the 1941 series are quite scarce, especially denominations above One Balboa. PMG comments "Rust, Annotation."Notes from this issue have garnered the nickname of the "Arias Issue," which takes its name from President Dr. Arnulfo Arias, whom was elected President of Panama in 1940. In 1941, Arias was ousted as President in a coup by the police, which would indirectly affect the rarity of this note being offered here today. Arias reformed the banking system as President, allowing official and private banks to issue currency, although the Banco Central Emision de la Republica de Panama was the only bank to do so. The notes were issued on October 2, 1941 and Arias was ousted on October 9, 1941, and the bank was immediately closed under the new President Dr. Ricardo Adolfo de la Guardia Arango, which meant the 1941 series of currency was in circulation for less than a week. The notes were quickly removed from circulation and destroyed which is why so few are available to collectors today.