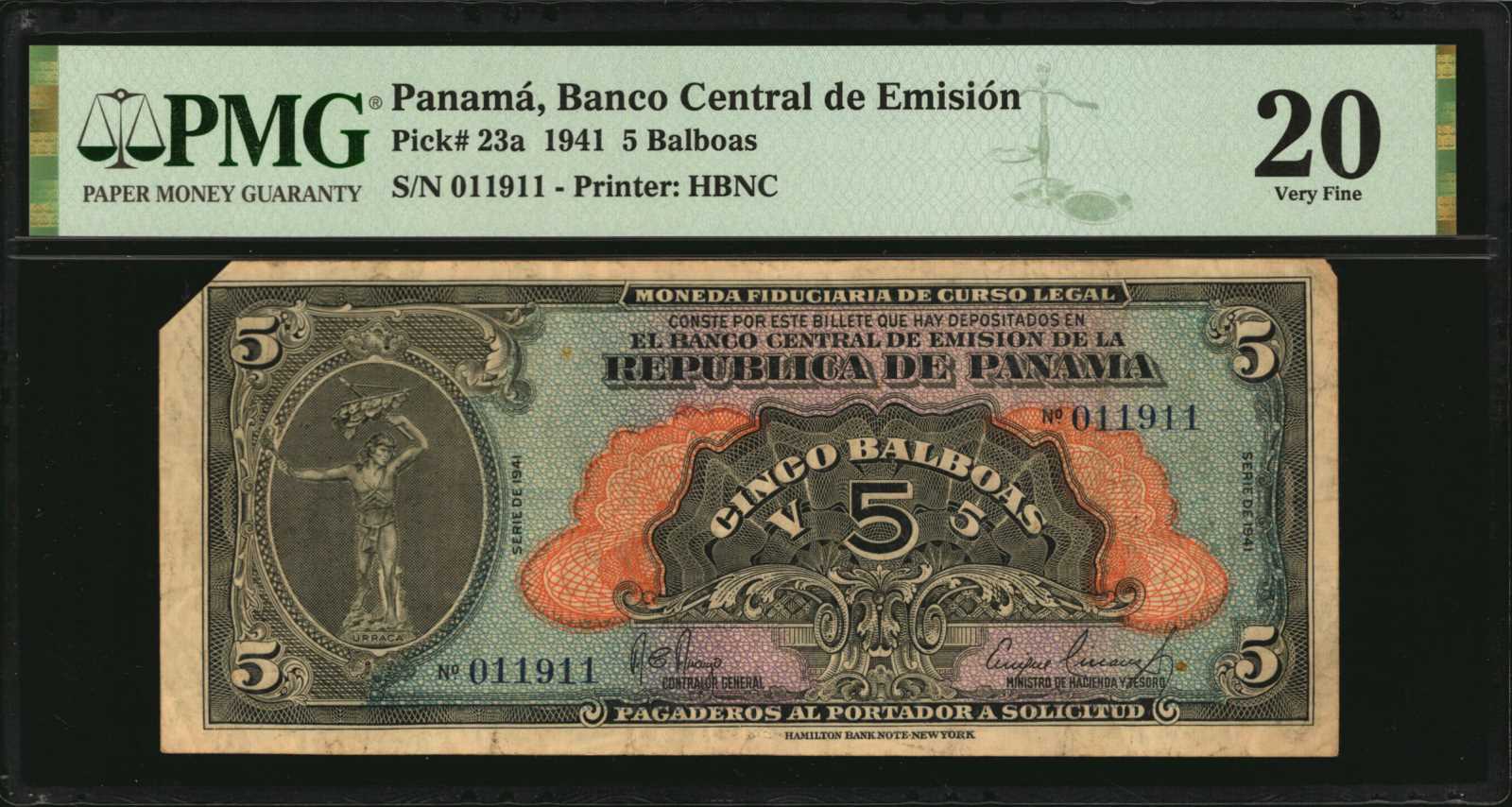 PANAMA. El Banco Central de Emision de la Republica De Panama. 5 Balboas, 1941. P-23a. PMG Very Fine 20. This extremely scarce Five Balboas 1941 series note is one that is frequently missing in even advanced collections. Blue primary under-printed color and a transition to purple at center and orange guilloche at left and right. A standing vignette of Urraca is found at left on the obverse and blue color is used on the back along with intricate lathe work in the design. At the time of cataloging, PMG has graded an even dozen examples of this pick variety, which is a testament to the scarcity of this note. PMG comments "Corner Missing.

Notes from the 1941 Panama series are scarce due to notes being in circulation for the time span of about a week, due to a coupe against President Arnulfo Arias by the police. Arias reformed the banking system allowing for official and private banks to issue currency, although only one bank would go on to issue currency, the Banco Central de Emision de la Republica de Panama. Once Arias was overthrown and ousted, the notes were withdrawn from circulation and were promptly collected and destroyed, leaving collectors with examples saved by those Panamanians whom did not redeem them or tucked them away for future posterity.