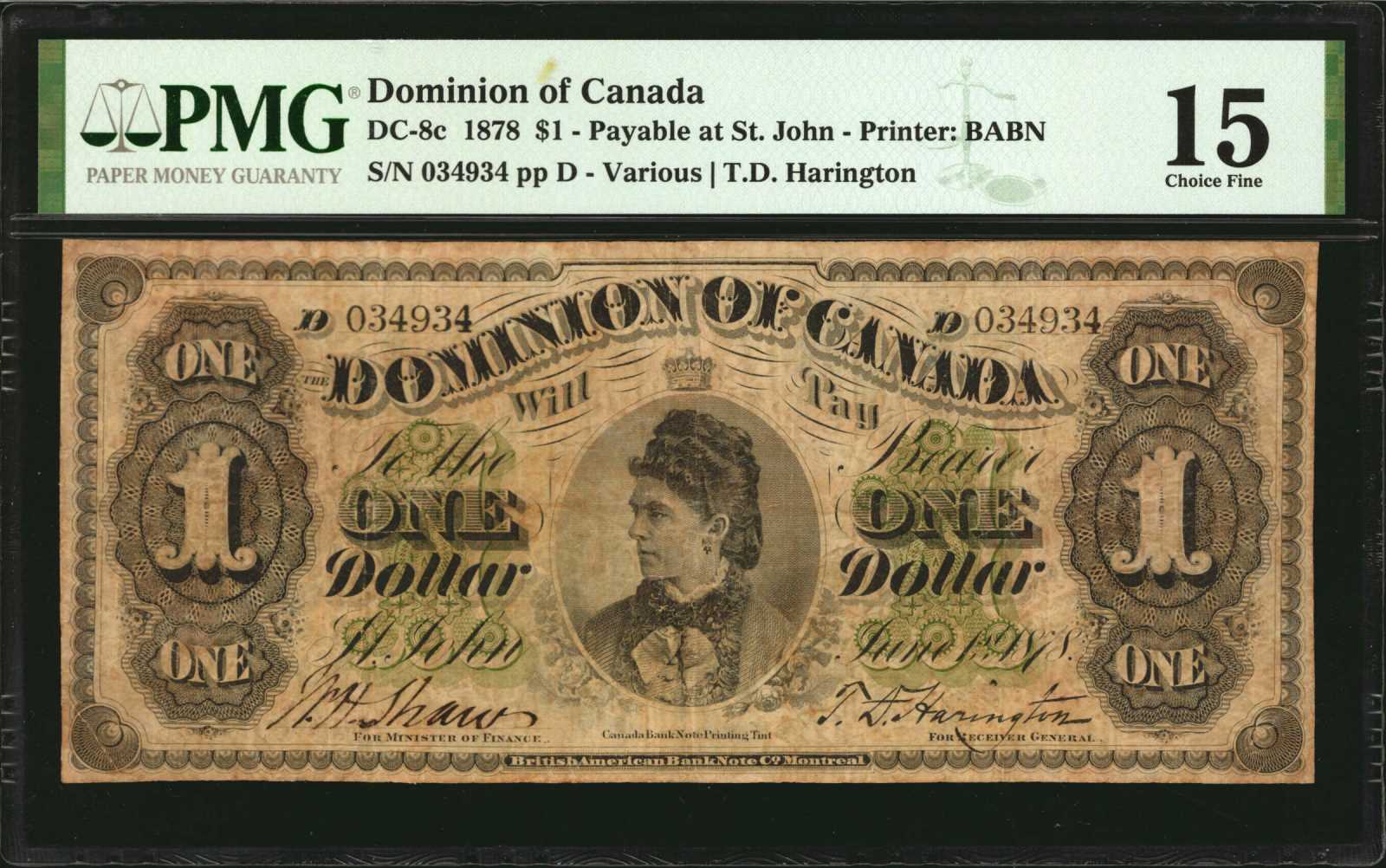 CANADA. Dominion of Canada. 1 Dollar, 1878. DC-8c. PMG Choice Fine 15. Printed by BABN. Signature of T.D. Harington at left. Payable at St. John. Countess of Dufferin is seen on the face at center, with bank name across top and "1" counters at left and right.

The reverse displays the Seal of Queen Victoria at center, with detailed lathe work seen throughout the surrounding design, which is also printed in dark green ink. This note contains the extremely rare scallop variety payable at St. Johns. Scarce and seldom encountered compared to the Montreal or Toronto varieties. PMG comments "Minor Restoration" though under close inspection we are not certain for what. St. John is the largest city in the Canadian province of Newfoundland & Labrador.

The city was named after John the Baptist when it was discovered by John Cabot in 1497. The city is rich in history, having plated roles in the French and Indian War, the American Revolutionary War, the War of 1812, and the city also witnessed Italian inventor Guglielmo Marconi receive the first transatlantic wireless signal on the 12th of December, 1901 (the Marconi wireless telegraph would later play a large role in the rescue of Titanics survivors in April of 1912).