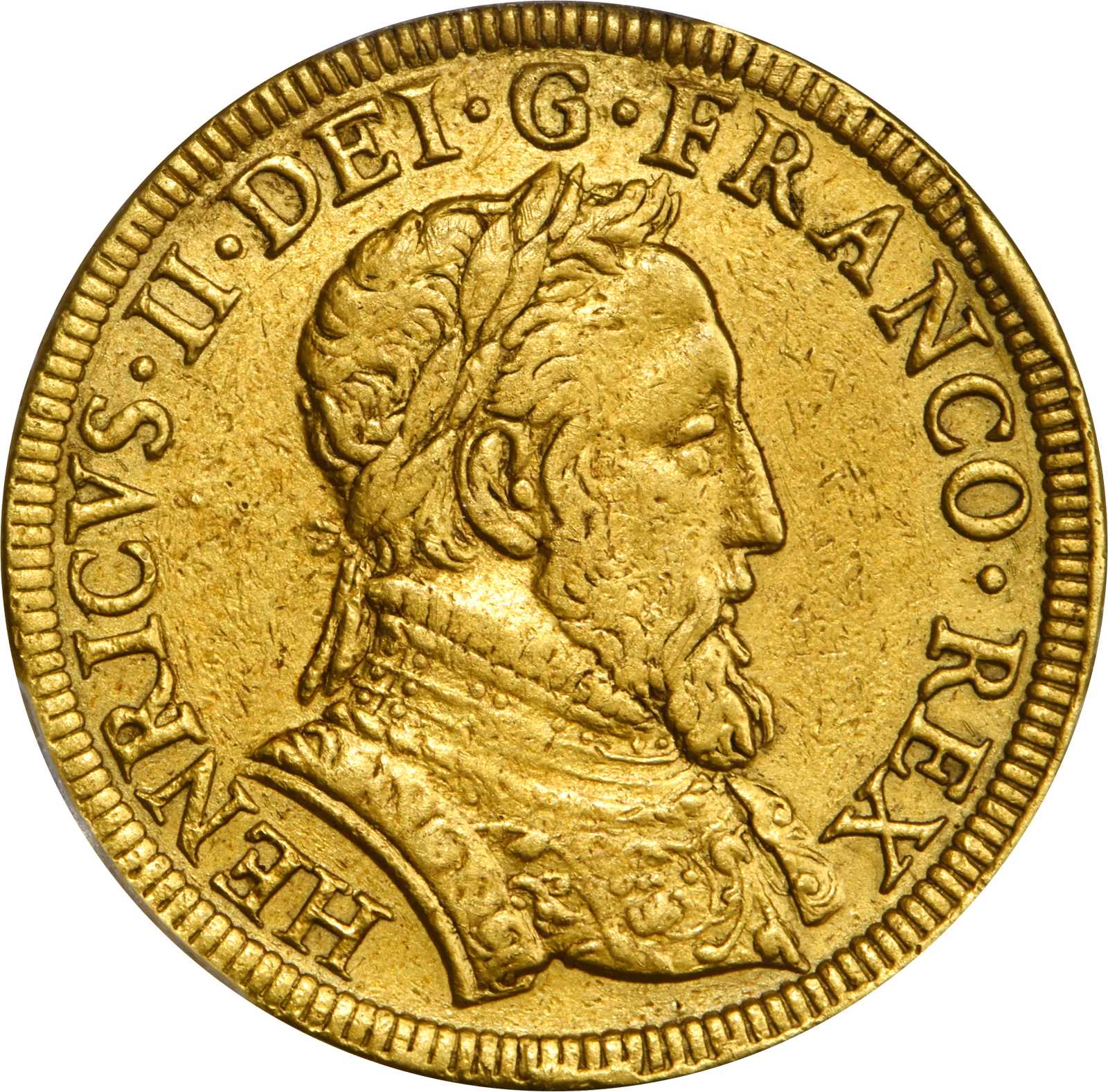 An strongEXCEEDINGLY /strongstrongRARE /strongPiefort issue that is just one of just two known, the present specimen offers a rather robust planchet, being nearly 3mm thick, and features a design recalling ancient Roman coinage and motifs. The bust of the king is more classical in rendition than that which was generally encountered at the time, while the reverse displays overt Greco-Roman iconography in the form of Mars holding a small figure of a winged Victory; even France herself is listed under her Latin name, Gallia.

Though exhibiting some damage in the form of a few reverse scratches and numerous field marks, this impressive specimen nevertheless represents a highly interesting and wondrous link between classical renditions and early modern coining, all while being a large piefort issue at that.During his 12-year reign, Henri II brought major change to the French coinage by introducing machine coinage by the Balancier press and the use of inventor Aubin Oliviers restraining collars. The new machines were set up in the Garden of Etuves in the Place Dauphine and became known as the Monnaie du Moulin in 1551.Ex: Stacks (1/2008) Lot # 2467 @ $150,000. 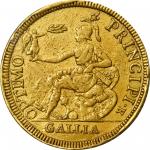