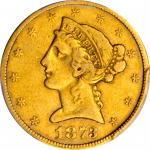 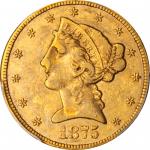 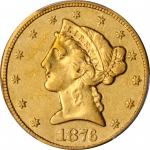 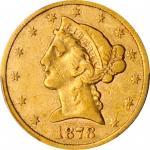 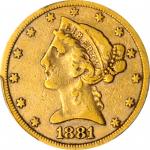 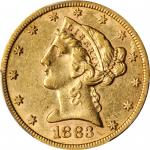 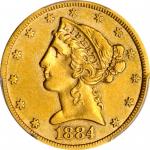 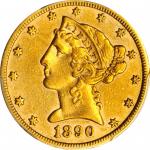 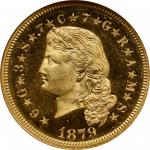 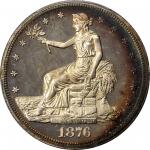 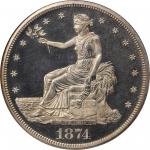 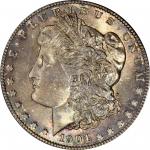 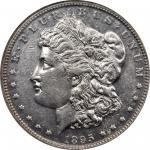 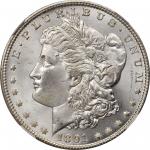 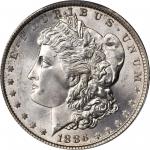 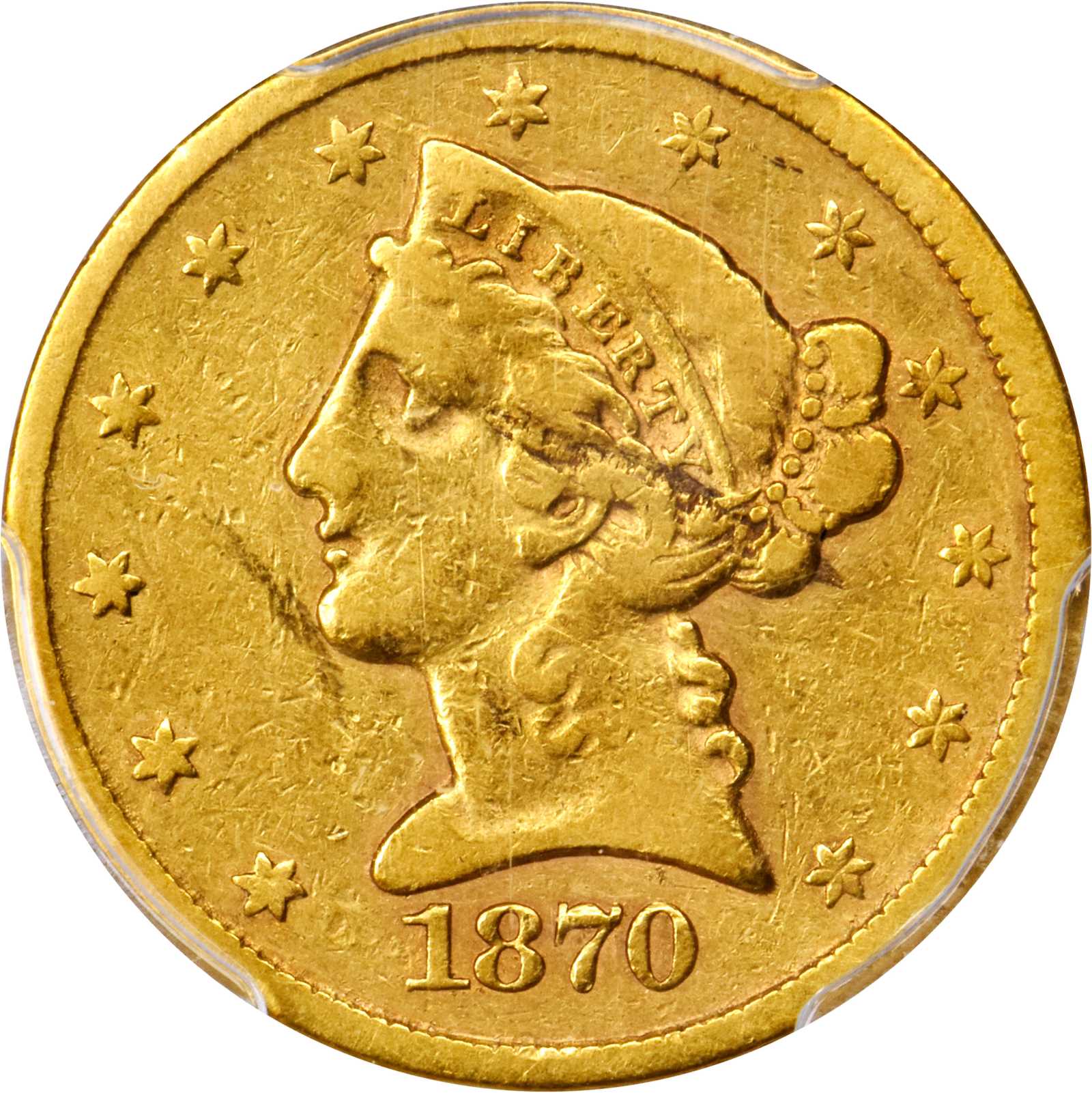 1870-CC Liberty Head Half Eagle. VF-20 (PCGS).This is a handsome mid grade survivor from one of the rarest, most eagerly sought issues in the challenging Carson City Mint gold coin series of 1870 to 1893. Warmly patinated in honey-orange, both sides also reveal glints of pale champagne-pink iridescence as the surfaces rotate under a light. All devices are fully outlined, most are boldly so, and the entire design is readily appreciable. Wispy hairlines are noted solely for accuracy, while identification purposes alone compel us to mention a shallow scuff in the obverse field at Libertys chin. The 1870-CC is a famous rarity in the Liberty Head half eagle series. It has the acclaim of being the first issue of the denomination struck at the Carson City Mint, while also boasting a paltry mintage of 7,675 coins. Coiner Ezra Staley delivered the first 400 1870-CC half eagles on March 1, while the coining department delivered another 1,490 pieces before June 30, and then added 5,785 more in the second half of the year. Only 90 or so distinct examples are thought to survive for collectors, with the majority of these being heavily worn, and many also significantly impaired. The present example represents an important offering for specialists in Carson City and Liberty Head gold that is seldom encountered in todays market.From the Drummer Collection.