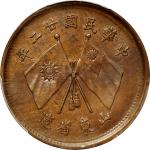 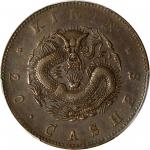 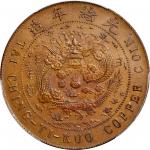 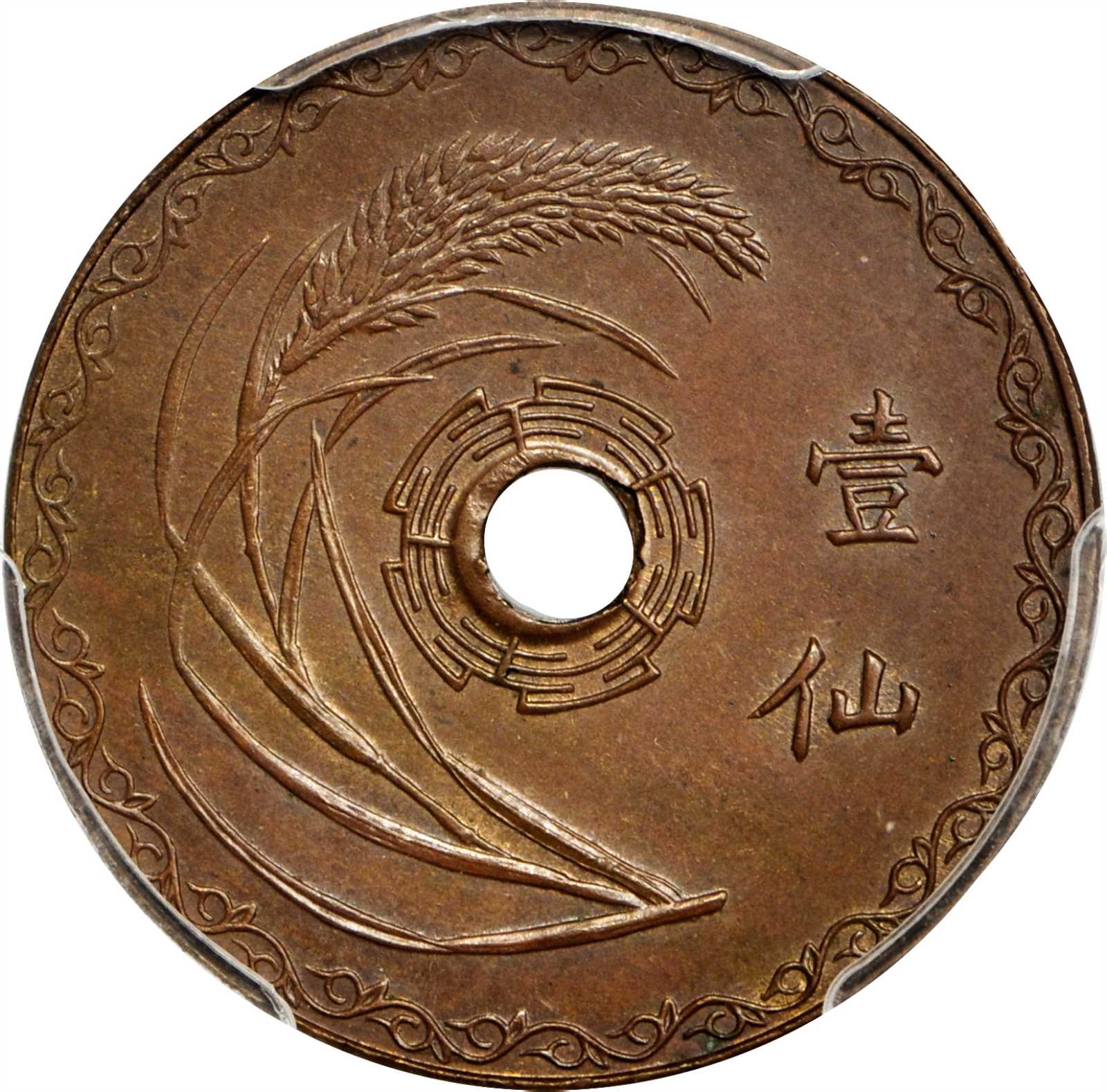 From the Q. David Bowers Collection.
Ex: R. B. White

CHINA. Kwangtung. "Five Goats" Pattern Cent, Year 25 (1936). PCGS SP-64+ BN Secure Holder.CL-KT.28; CCC-18; KM-Pn28; Duan-0146. Single finest graded at either NGC or PCGS. VERY RARE and popular issue. Issued by Governor Chen Jitang. The obverse depicts five goats grazing in a mountainous pass, two line inscription above, decorative border around central hole, all within a slanted quasi-Greek border. The reverse is more simplistic, displaying a stalk of rice left, legend right, with Wuyang diagram (representing the Kwangtung regime) surrounding the central hole, all within floral vine border. Prepared and struck in Kwangtung (Guangdong), these pattern-only issues are also referred to as "Wuyang" cents, from the ancient legend of the Wuyang fairy. They never made it into full production as Governor Chen was forced to resign and fled to Hong Kong in July 1936 after his biggest supporter Hu Manmin passed away a couple of months earlier. Chen became governor in 1931 and was fondly called the Celestial King of the South. Despite being forced out of his position, he was very well liked and made enormous contributions to the development of his province. He was instrumental in modernizing the cities and also oversaw the establishment of modern public school systems, including prestigious colleges and universities such as Sun Yat-Sen University. The people of his province referred to this period as the Golden Age of Kwangtung. Well struck as would be expected with smooth glossy surfaces displaying a attractive rich warm brown patina throughout with just a hint of original mint red at 6 oclock. A treat for the specialist of Chinese patterns, copper issues or republican issues. 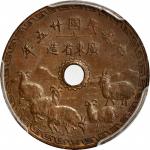