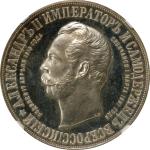 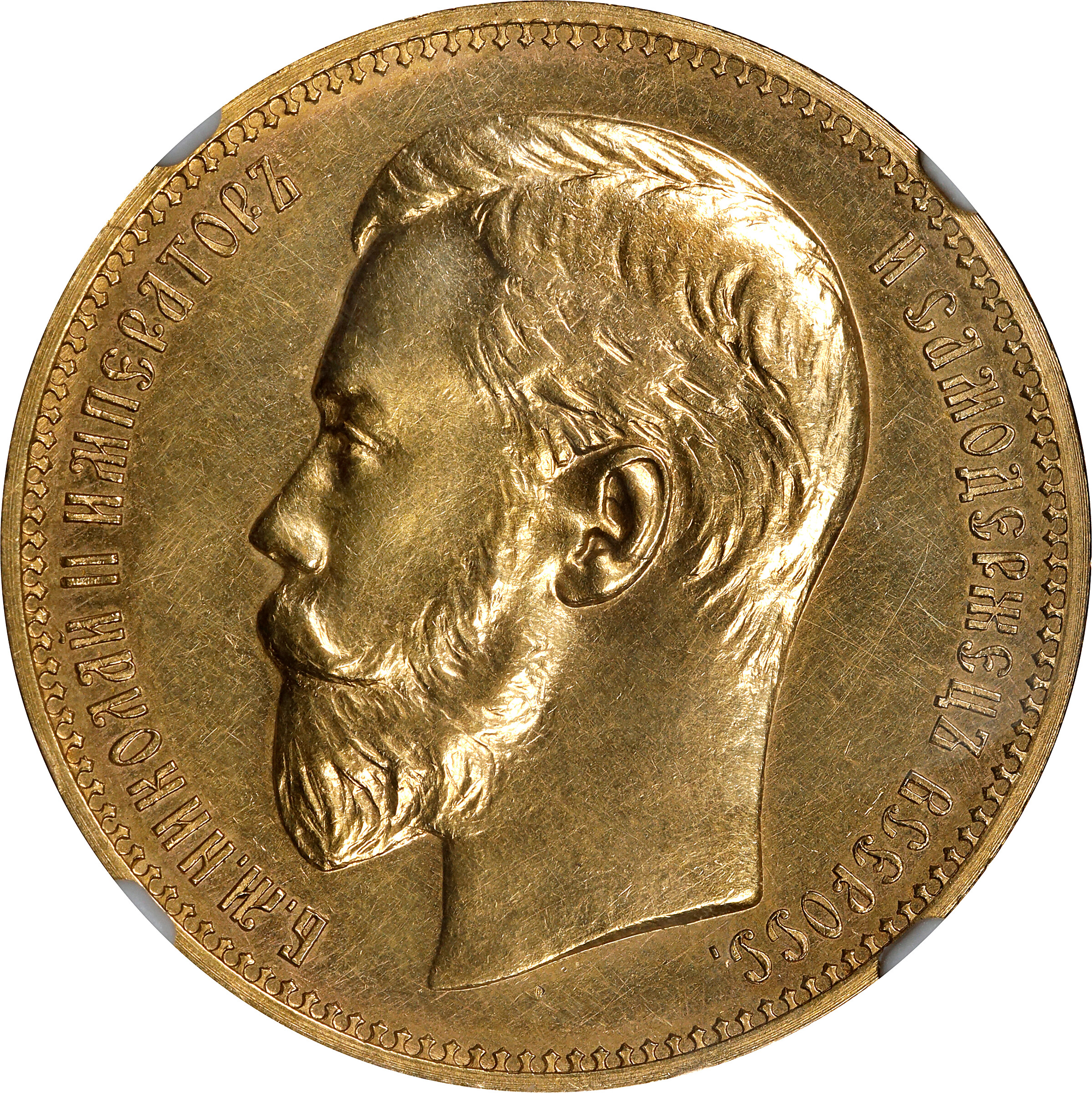 RUSSIA. 37-1/2 Rubles (100 Francs), 1902. St. Petersburg Mint; mm: star on edge. Nicholas II. NGC MS-61. Fr-170; KM-Y-B65; Bit-315 (R2); Sev-578 (as "EXTREMELY RARE"). Mintage: 235. One of the most fabled of Russian numismatic issues, with a denomination outstripping any example otherwise produced by the Russian Empire. The present specimen drips with immediate appeal, with a resplendent luster and much shimmering reflectivity.

The details are fully struck up, and this pieces presents far less friction or marking than might normally be associated with this grade level. A premium piece, and one deserving of intense attention from any advanced collector of Russian coinage, or world gold more generally. <em>Struck at a time shortly after Russia went onto the international gold standard, the piece is heavily influenced by foreign banking interests. Beginning in the late 18th century, and becoming more pronounced as the 19th century progressed, Russia increasingly relied upon foreign banking consortiums to float Russian bonds.

At first, funds were raised primarily in Amsterdam, then in Germany, and by late in the 19th century, almost exclusively in France. The inclusion of "100 Francs" in the reverse legend--denoting the coins adherence to the Latin Monetary Union--also clearly demonstrated the economic ties that Russia had with lenders in France. The Rothschild banking empire based in Paris, where many Russian bonds were placed, was a major participant in underwriting the Russian bond offering floated in early 1901, and may well be the source of the gold within the coin offered here. Containing the exact same gold content of a contemporary French 100 Francs and struck in the same 0.900 fine gold alloy, this 37 Rubles and 50 Kopeks piece would have been interchangeable at par in circulation.

Bitkin describes the coin as a "donative," suggesting the coins were never intended to circulate, but instead were meant as gifts to gain influence while conducting official Russian state business. S.I. Chizhov, in his book Outline of Certain Types of Russian Coins in Past Two Centuries," states: "These coins not struck for circulation but selected for high dignitaries in the amount of 225 specimens. In all, 200 pieces were presented to His Majesty for personal gifts on special occasions. The remaining 25 specimens were turned over to H.I.H. Grand Duke George Mikhailovich."

From the Sigma Collection. 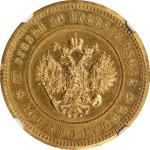