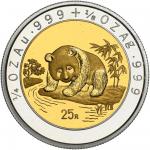 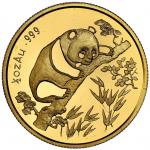 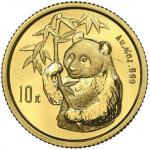 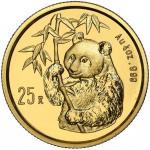 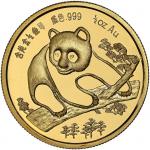 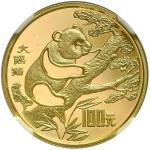 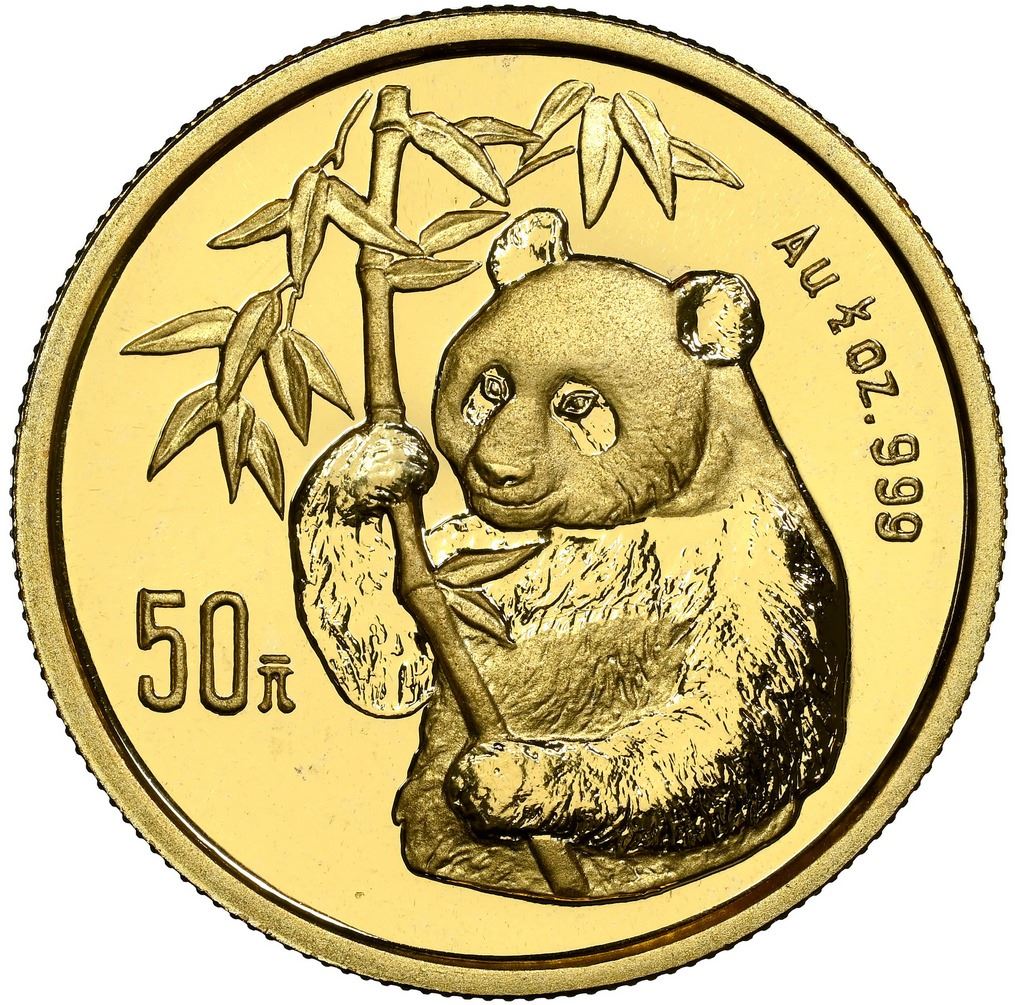 1995年熊猫纪念金币1/2盎司大日期。China (Peoples Republic), gold 50 yuan (1/2 oz) Panda, 1995, large date (Shanghai mint), NGC MS 69. KM-718; PAN-236A. Key date and denomination of this highly collected series and always in demand, this variety even rarer than the small date, with the lowest estimated extant population of any gold Panda coins. Only two higher at MS 70 in the current NGC census. Anthony: "1995 was an interesting year for Pandas. Although announced mintages were reasonable it soon became clear that Pandas from this year were difficult to come by. This was a time period when many other series of Chinese coins took over the spotlight and collectors, or even hoarders, for this coin were few. So it‘s no surprise that the 1995 50 Yuan remains a scarce coin today. In fact it is now considered to be one of the key coins of the 1/2 oz. gold Panda series." Actual mintage for both mints: 11,749; estimated extant population for this variety <450. Pedigreed to the Gansu Collection of Chinese Panda Coinage. 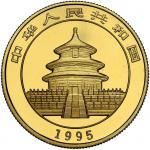