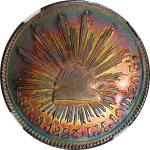 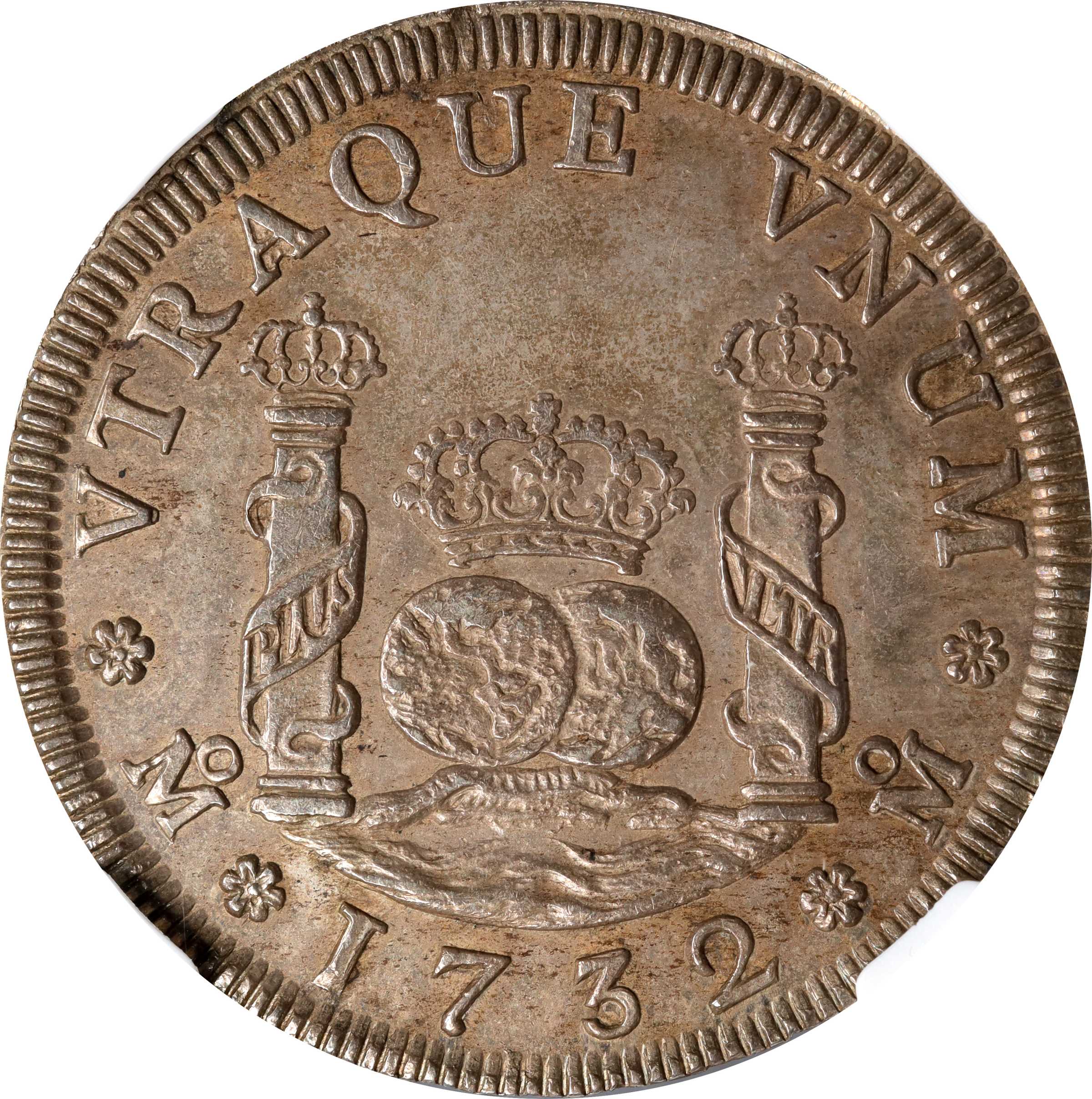 MEXICO. 4 Reales, 1732-Mo. Mexico City Mint. Philip V. NGC MS-61. KM-94; Gil-M-4-1 var.; Yonaka-M4-32; Cal-1106; Harris-Unlisted; Palmer & Almanzar-Unlisted; Grove-761. Variety with wide date. Without assayers letter and denomination. An incredibly significant and wholesome example that combines immense beauty with extreme <strong>RARITY</strong>. Tough in any condition, this example is one of only three Mint State examples of this elusive type certified by NGC, with none certified by PCGS as Uncirculated. Fully struck, this piece provides details of the highest order transferred from the precisely engraved dies. Overlaid with a soft almond color toning, this specimen presents some soft luster underneath. Far less handled than one might expect for the grade, the surfaces are only hit infrequently and inconsequentially, with the grade perhaps arising from some soft friction under the toning. A specimen that is certain to generate immense interest, accounting to the beauty of the piece along with the uncommonness of the opportunity to acquire an example of this type. A coin that should send chills through the spine of any collector of Mexican coinage, and one that will have no shortage of inspired bidding. <p><em>Gilboy states that these types, which lack the assayers initials and denomination, may be considered as "trial pieces struck directly from the matrix sent from Madrid." Whether this is true or not remains a mystery, but it is believed to be the case by leading experts in the field. In his new book, "A Variety Guide to the Fractional Pillar Coinage of Mexico City 1732-1771," Brad Yonaka states that "it is thought that these coins were struck from dies sent directly from Spain, to serve as examples of how the coin layout should look." Mr. Yonaka has spent many years studying fractional pillar coinage, corresponding with many advanced collectors as well as respected and knowledgeable dealers and auction houses. With respect to the Four Reales alone, he examined over 600 specimens and was able to discern 332 distinct dies for the entire series. He also states that he was only able to locate four examples with two different die pairs of this particular type. In any case, the present type without assayers letters and denomination is very important to Mexican numismatics, as it represents the very first milled coinage of not just Mexico, but the entire Spanish New World.</em>