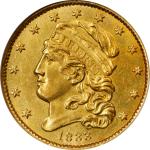 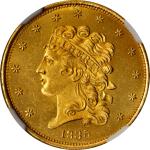 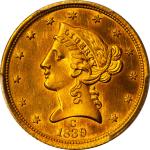 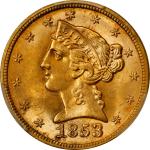 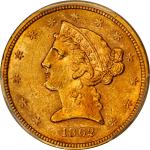 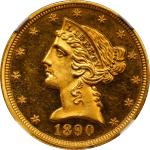 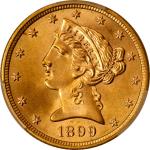 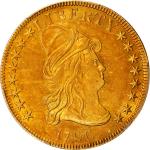 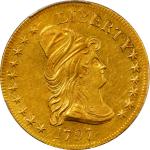 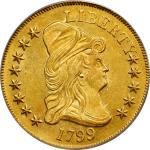 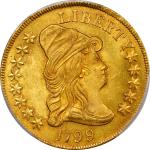 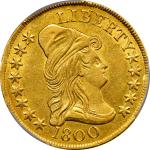 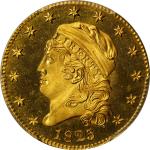 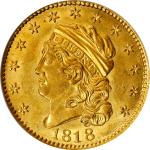 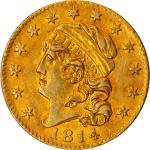 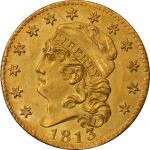 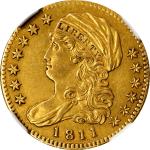 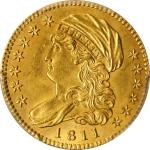 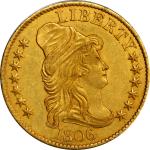 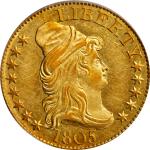 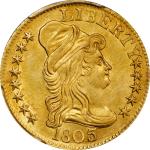 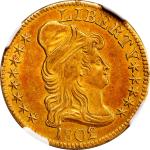 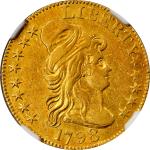 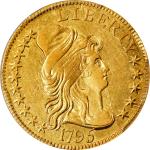 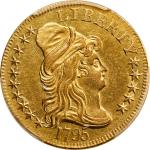 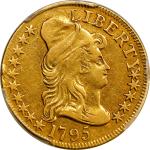 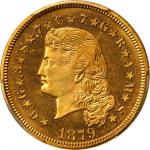 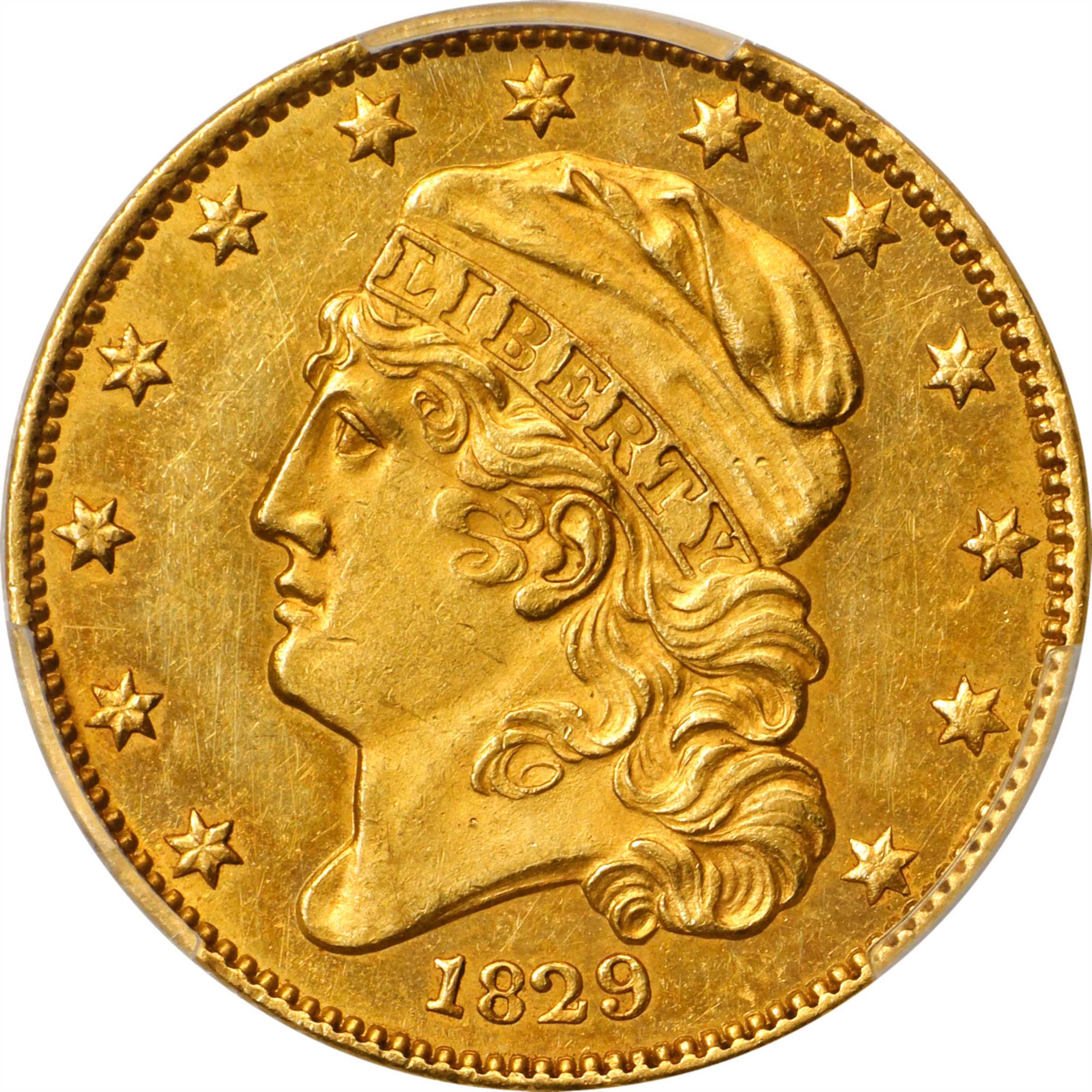 1829 Capped Head Left Half Eagle. Reduced Diameter. BD-2. Rarity-7. MS-62 (PCGS). CAC. A landmark rarity in an early U.S. Mint gold series that is replete with highly elusive issues and die varieties. Handsome orange-gold color throughout, both sides exhibit a satin to modestly semi-prooflike finish that provides strong visual appeal. The eagles left talon and a few of the obverse stars are blunt, easily forgiven in light of this coins rarity, as well as the fact that the strike is boldly to sharply executed otherwise. Wispy handling marks do little more than define the grade, leaving it to a shallow planchet void (as made) in the field at the upper right reverse border (between the word OF and the tip of the eagles left wing) to serve as a useful provenance marker.<p>The rarest date of this design type, the 1829 is the debut issue of the Reduced Diameter (a.k.a. Small Planchet or Small Size) Capped Head Left half eagle, showing a refinement of the related Large Diameter design that was coined from 1813 to 1829. Though more than 15,000 examples of the former type were delivered on December 31, few of them entered circulation and fewer still survived for any significant length of time. When John W. Haseltine cataloged the William J. Jenks collection in 1883, he remarked on the 1829 Small Planchet half eagle, "I do not know that collectors are generally aware of its existence, as I believe that never but one has made its appearance in a sale." Not surprising, since virtually the entire mintage was destroyed through melting during an era when the coins bullion value exceeded face value. Estimates on the number of coins extant vary somewhat, although all are in agreement regarding this varietys extreme rarity. John W. Dannreuther provides an estimate of just nine to 12 extant in the 2006 reference <em>Early U.S. Gold Coins Varieties: A Study of Die States, 1795-1834</em>, while <em>PCGS CoinFacts</em> takes an even more conservative view with only eight or nine known.<p>Unlike the Large Diameter 1829 half eagles, which are all relatively high grade but one, the Reduced Diameter coins of this year have not all survived so fine. Two Proofs are known, both in institutional collections, the National Numismatic Collection at the Smithsonian Institution and the Harry Bass Foundation. The Smithsonian also holds the lightly circulated Lilly coin. Among the six others identified by Saul Teichman, the Pogue specimen is far and away the finest. It has been certified MS-65+ by PCGS. The Bass duplicate, earlier from the Harlan P. Smith and William F. Dunham collections, has been graded MS-61 by PCGS. While the <em>PCGS Population Report</em> lists one coin graded in MS-61, three in MS-62, and another one in MS-63, Teichmans census lists the Garrett coin as "Choice AU," the Stickney-Brand coin as "AU," the Fred E. Davies coin as "Choice AU," and the Eliasberg coin as "XF cleaned." Presumably one or both of the Garrett and Davies coins have received MS-62 and MS-63 grades from PCGS, which has graded but six examples of this issue in all grades. The present example is a newcomer to the modern census for the issue, having just been certified by PCGS prior to its offering in this sale.<p>No other half eagle from 1829 to 1834 approaches this one in rarity. The fleeting nature of this offering should be obvious to all advanced gold collectors, who will surely compete vigorously for the honor of securing this numismatic treasure. PCGS# 8151. NGC ID: D2PU. PCGS Population: 3; 2 finer (MS-65+ finest).<p>CAC Population: 1; 1. From the Mocatta Collection. 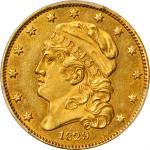 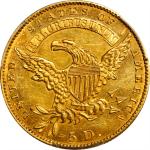