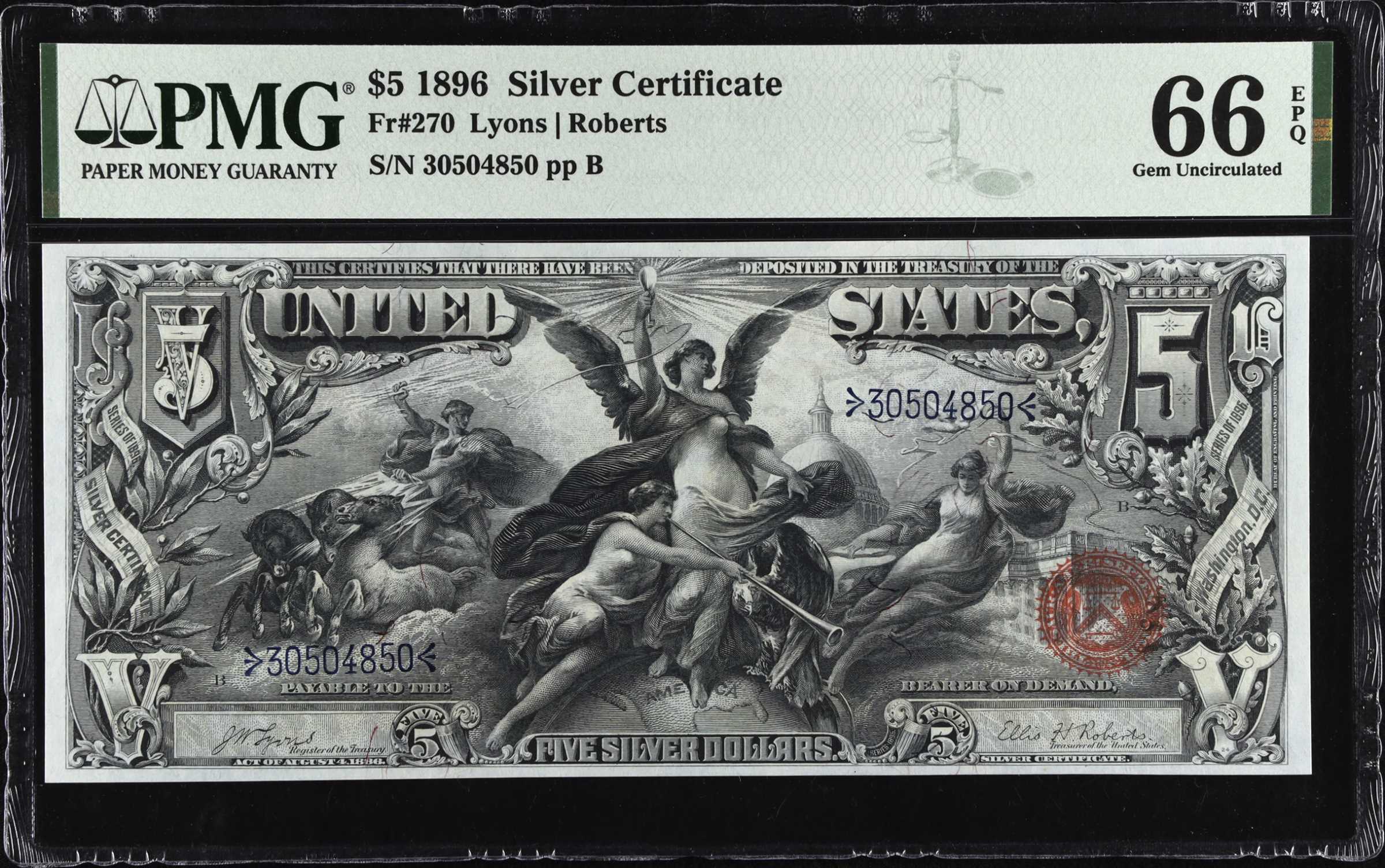 Fr. 270. 1896 $5 Silver Certificate. PMG Gem Uncirculated 66 EPQ. This is one of the most popular design type in all of American currency and is ranked #5 in 100 Greatest American Currency Notes by Q. David Bowers and David M. Sundman. When issued, the motifs were controversial. The exposed breasts of certain figures in the design caused several Boston society ladies to rally against the note, while some banks refused to accept them. These were in time replaced by the Series of 1899 "Indian Chief" notes.<p><p>The central vignette is titled, Electricity Presenting Light to the World and was based on the work of mural artist Walter Shirlaw. The back design was conceived by Lorenzo H. Hatch and Thomas F. Morris and, as with the face, it was engraved by G.F.C. Smillie. It features a winged Victory at the center, with wings spread toward vignettes of Ulysses S. Grant and Philip Sheridan, Union generals during the Civil War who were credited with the Union victory.<p><p>The Lyons-Roberts signature combination represents the scarcest of the three signature varieties for the type, with just over 500 examples recorded in the census. This exemplary specimen is nearly superb with the face ideally centered and framed by broad margins on all four sides. The back is also broadly margined and well centered, though shifted ever so slightly up. Both the face and back plate impressions are exquisitely accomplished in vivid detail. The overprints are ideally colored and boldly embossed. Truly a top notch note with broad appeal across numismatics. PMG Pop 7/1 Finer.