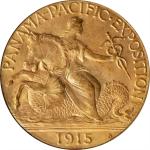 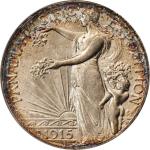 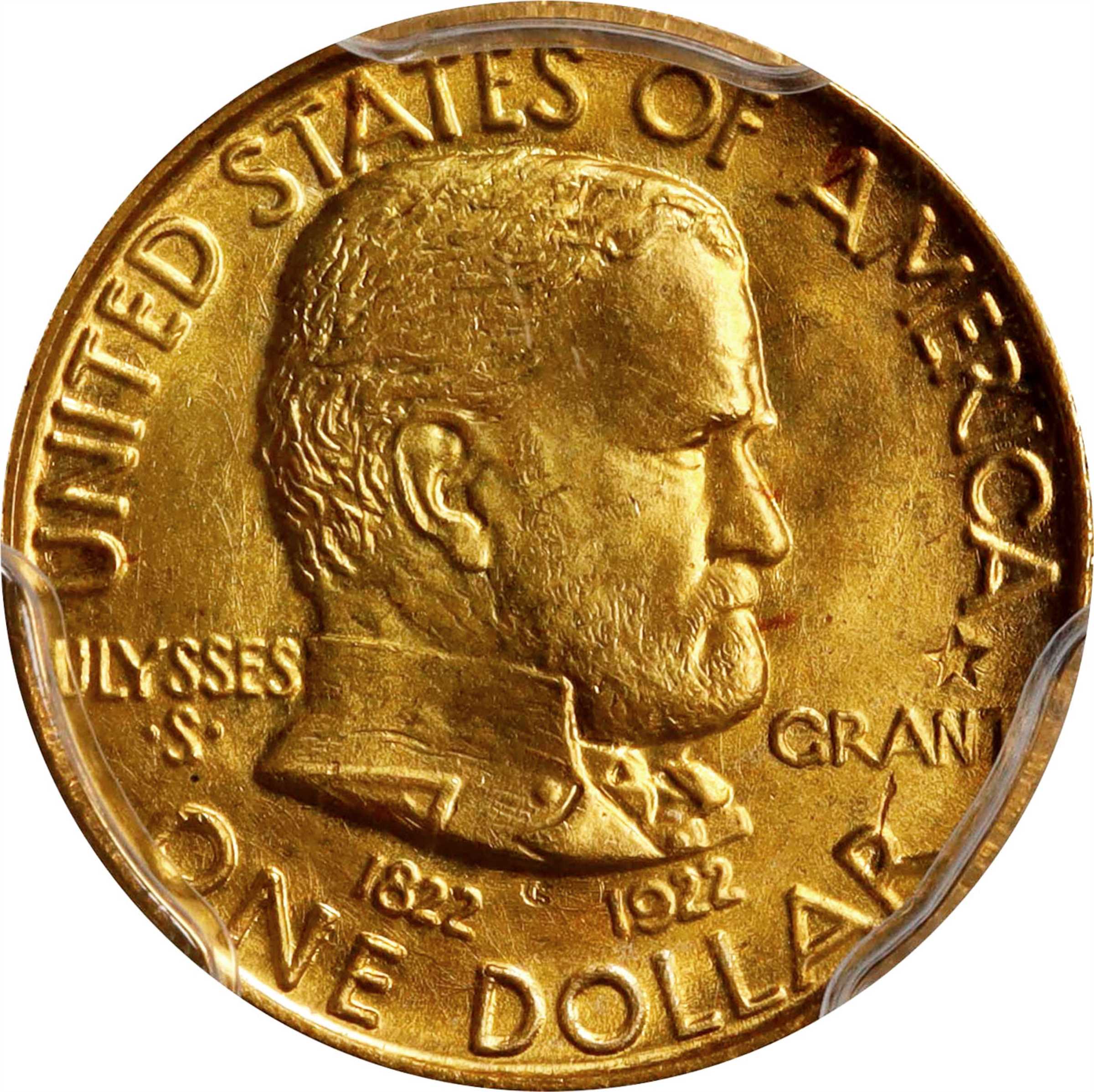 1922 Grant Memorial Gold Dollar. Star. MS-67+ (PCGS). Captivating deep gold surfaces reveal tinges of iridescent pinkish-rose as the coin rotates under a light. Sharply struck with delightful mint luster in a blend of satin and softly frosted qualities. <p>In 1921, the Ulysses S. Grant Centenary Memorial Association was established to raise funds to coordinate a series of special events and observances in commemoration of the centennial of the famed Union general and United States president. The Association planned to fund the creation of monuments, civic buildings and roads to honor Grant as well as celebratory activities through the sales of commemorative silver half dollars and gold dollars. Approved by Congress in February 1922, Laura Gardin Fraser was tapped to design the coins. Wife of the designer of the Buffalo nickel, James Earle Fraser, she was no stranger to commemorative coins, having designed the 1921 Alabama half dollar. The Grant design, shared across both denominations, exhibits a bust of Grant on the obverse and a representation of his childhood home surrounded in trees in Ohio. The Association adopted an idea that was employed on the Alabama and Missouri commemorative half dollars, the placement of a special mark on a select number of the coins to help generate interest, and by extension increase sales. <p>Here, the mark was a small star placed above Grants name on the obverse. Originally intended to be used only on the gold dollar, a small number of half dollars were also struck with the star. The gold dollar was a success and the total authorized mintage of 10,000 coins -- 5,000 of each with and without the star -- were all sold out at the retail price of $3/coin. Despite the revenue generated, none of the planned monuments were built, though the festivities did go on as planned. <p>Thanks to their small size and careful preservation, most examples today are known at the Choice and Gem Mint State level. Superb Gem Mint State specimens are scarce, but well worth seeking out as near perfect demonstrations of the engravers art in miniature.<p><p><p> PCGS# 7459. NGC ID: BYPS. PCGS Population: 29; 10 finer (all MS-68).