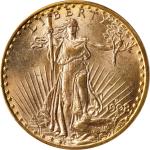 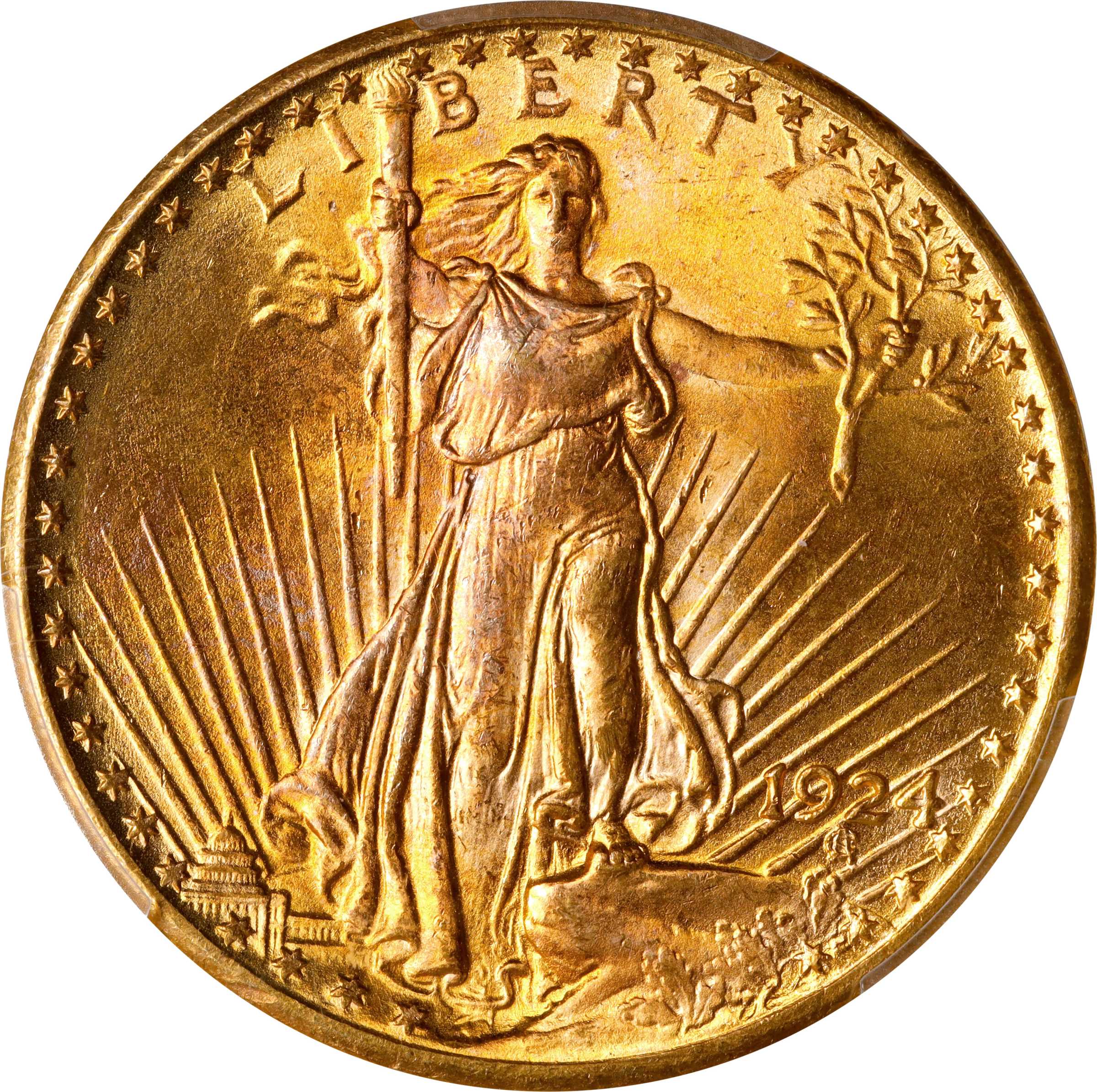 1924 Saint-Gaudens Double Eagle. MS-66+ (PCGS). Delightful, fully original surfaces exhibit intermingled blushes of rich gold to dominant rose-orange color. Fully struck with equally full luster in a smooth, softly frosted texture. The 1924 is one of several post-1916 issues in the Saint-Gaudens double eagle series that was exported in quantity. This is fortunate for todays collectors since the coins that were shipped overseas escaped the fate of the gold coins that remained in federal vaults -- mass destruction through melting in 1937. Widely represented in repatriations beginning in the mid to late 20th century, the 1924 has become one of the most plentiful Saint-Gaudens double eagles. Mint State examples abound, although we caution bidders that at the uppermost reaches of Gem preservation even this otherwise common issue develops into a significant condition rarity. The present offering represents a significant bidding opportunity that will appeal to advanced collectors. PCGS# 9177. NGC ID: 26G7.