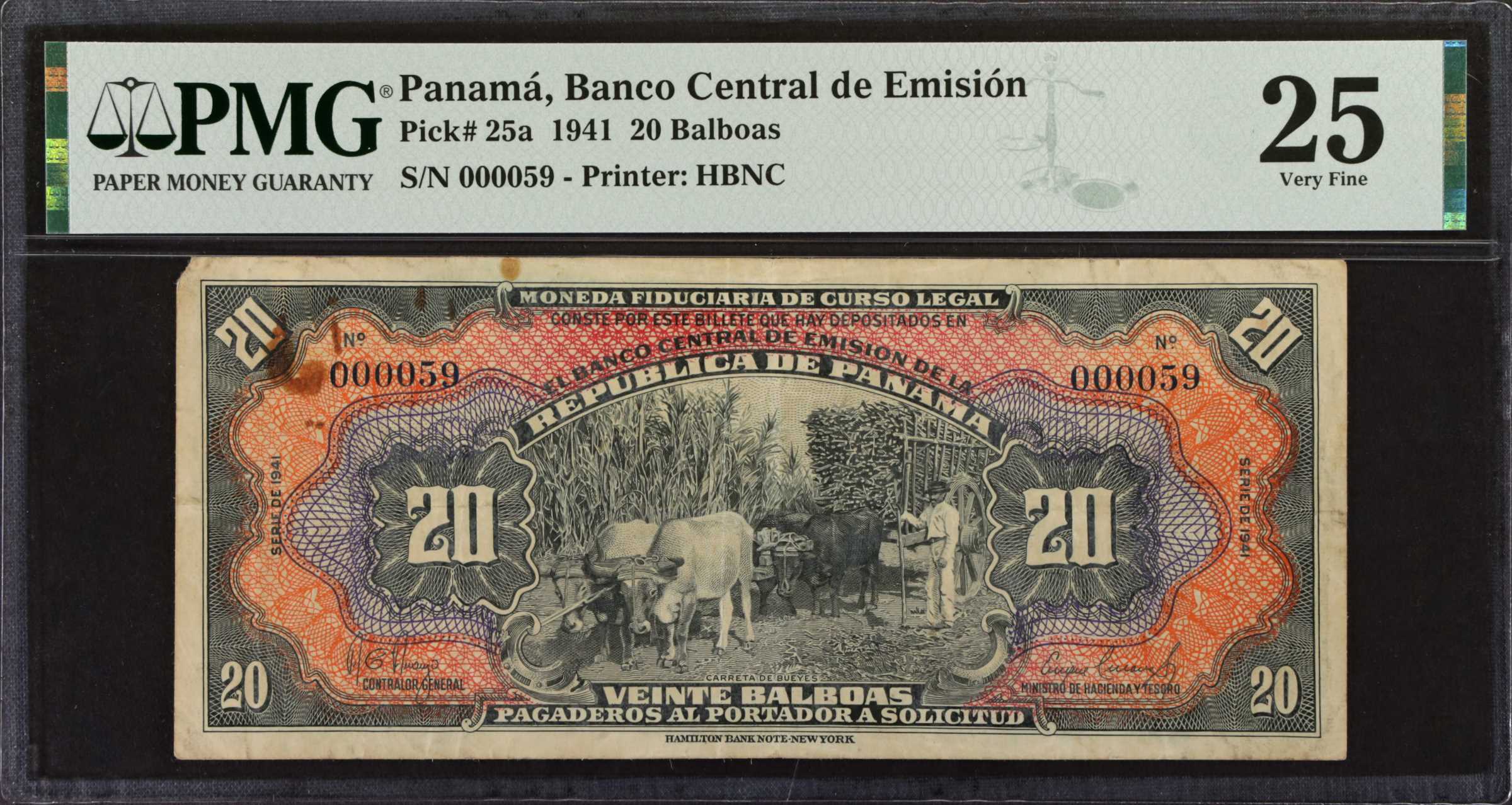 PANAMA. Banco Central de Emision. 20 Balboas, 1941. P-25a. PMG Very Fine 25..The rarity, or unattainability of these 20 Balboas has ushered them into the pantheon of highly collectible banknotes in the numismatic community. At the time of cataloging, just ten examples have been encapsulated by PMG for the variety. This example is found with a low serial number of "000059." The central design is of oxen pulling a cart, with the surrounding guilloche and underprint comprised of purple and orange ink. On the back of the note arms can be found at center, with six "20" counters noticed. The 20 Balboas was the highest denomination for the series, and is the most difficult to obtain today due to the limited number of survivors. PMG comments "Rust".<p>Notes from this issue have garnered the nickname of the "Arias Issue," which takes its name from President Dr. Arnulfo Arias, whom was elected President of Panama in 1940. In 1941, Arias was ousted as President in a coup by the police, which would indirectly affect the rarity of this note being offered here today. Arias reformed the banking system as President, allowing official and private banks to issue currency, although the Banco Central Emision de la Republica de Panama was the only bank to do so. The notes were issued on October 2, 1941 and Arias was ousted on October 9, 1941, and the bank was immediately closed under the new President Dr. Ricardo Adolfo de la Guardia Arango, which meant the 1941 series of currency was in circulation for less than a week. The notes were quickly removed from circulation and destroyed which is why so few are available to collectors today..