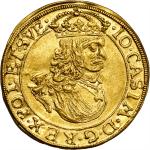 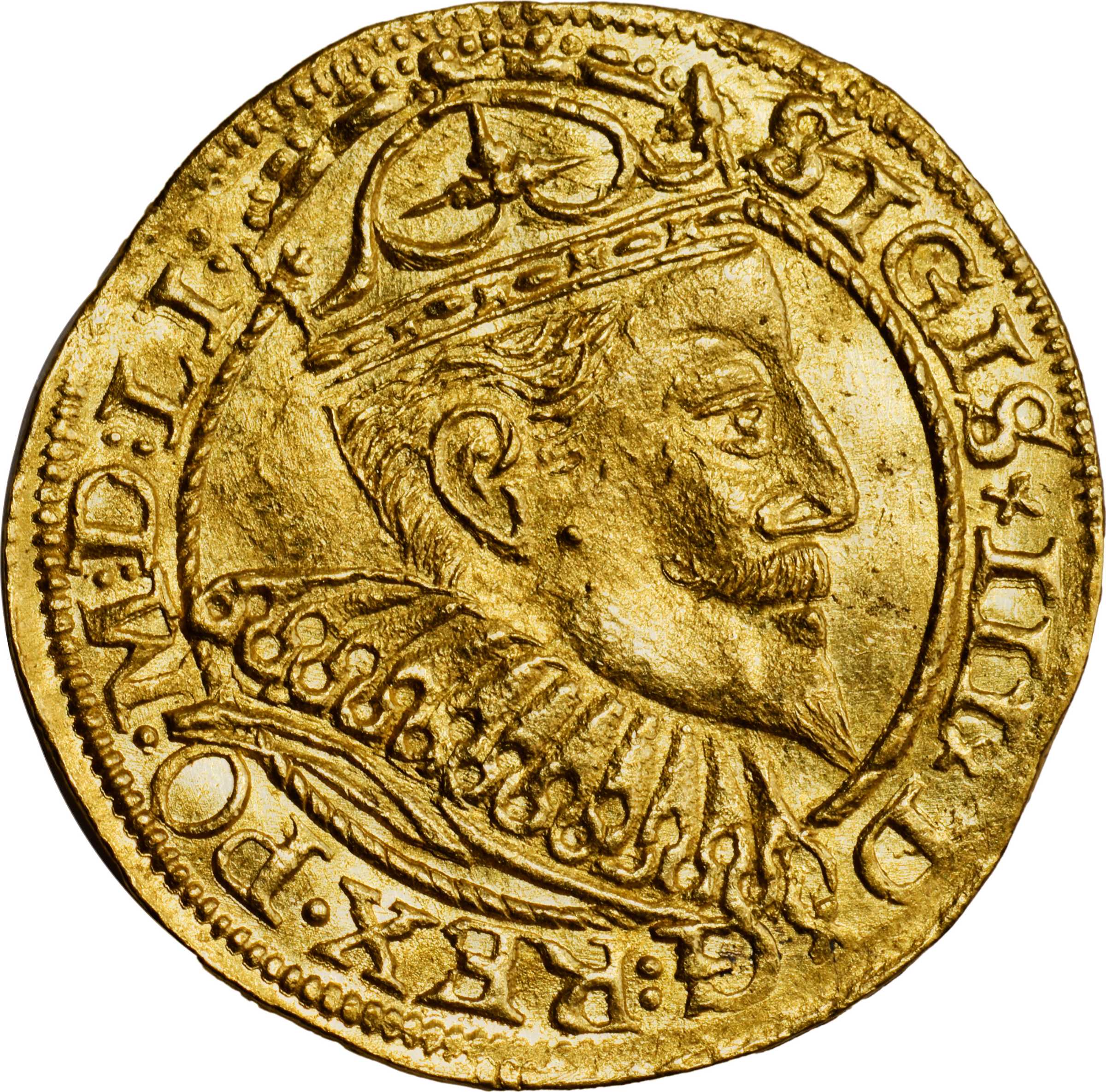 POLAND. Riga. Ducat, 1599/88. Riga Mint. Sigismund III. PCGS MS-63. Fr-5 (Latvia); H-C-Unlisted; Dutkowski-07 (Riga; R7); Srebra/Zlota-Unlisted; Kop-8204 (R8). All Polish gold from Sigismund III is rare, but this Ducat is one of the supreme rarities of the entire series. Probably <strong>UNIQUE</strong>, this overdate example was struck in Riga which had been a Polish protectorate since 1561.

In 1581 Riga was fully subsumed into the Polish-Lithuanian Commonwealth where it remained until 1621, when it fell under the aegis of the Kingdom of Sweden. Given the briefness of time Riga spent as part of the Commonwealth, all gold issues from this period are of the <strong>HIGHEST RARITY. </strong>In 2000, CNG estimated that no more the 20 pieces from Riga struck during Sigismund IIIs reign survive.

This example is nicely struck on a wafer thin planchet that shows no signs of circulation or handling. Very little scuffing is evident in the fields or on the devices, which leaves the shimmering golden luster intact. The date shows clear evidence of repunching where the 88 was changed to 99. This choice example is sure to excite, and the rarity of the piece ensure some amount of rivalry will be present when bidding.