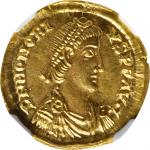 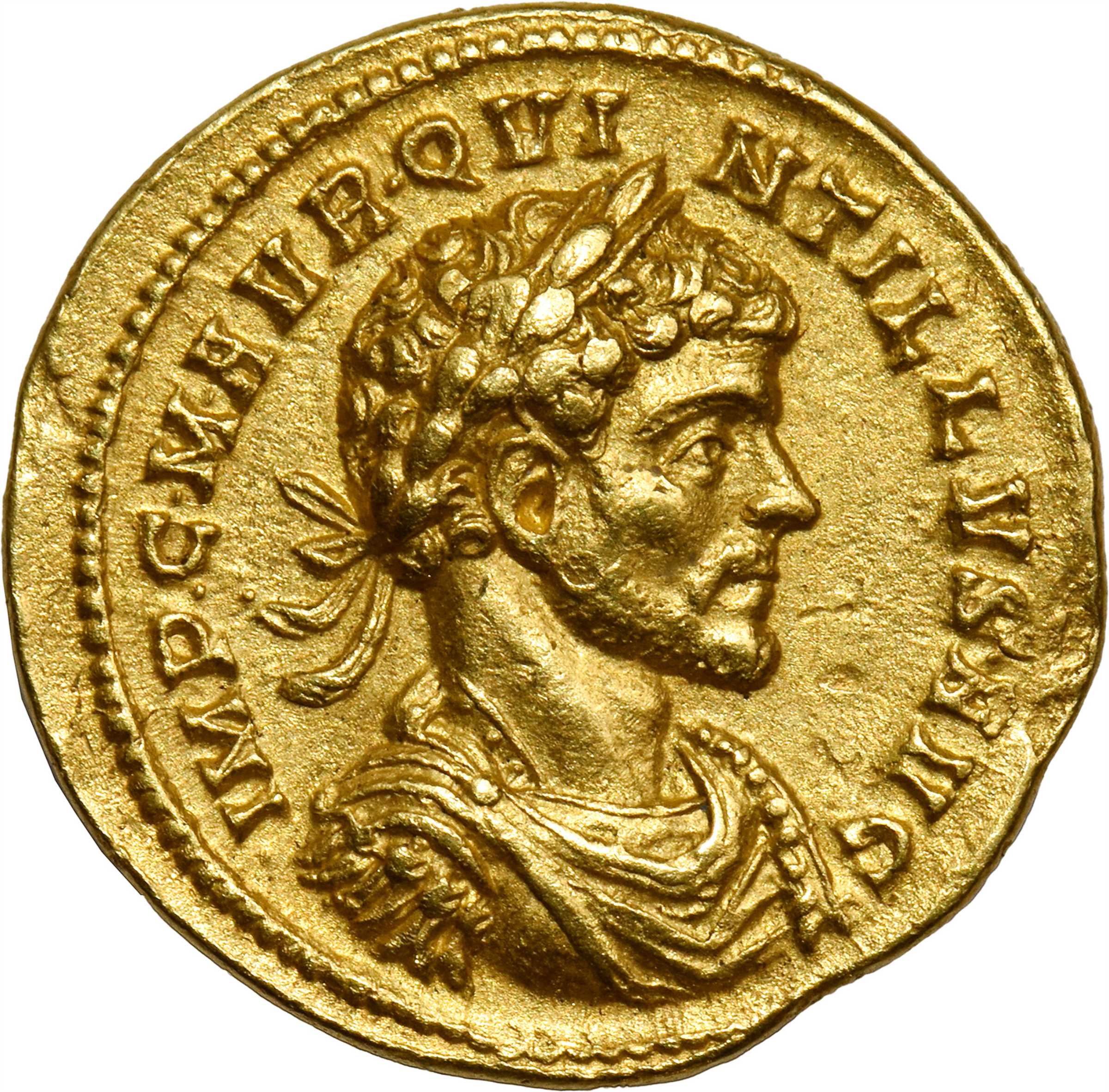 QUINTILLUS, A.D. 270. AV Aureus (5.33 gms), Mediolanum Mint. NGC Ch EF, Strike: 5/5 Surface: 3/5. Fine Style. RIC-Unlisted; Calico-3968 (same obv. die as illustration). Obverse: IMP C M AVR QVINTILLVS AVG, laureate, draped, and cuirassed bust right; Reverse: FIDES EXERCIT, Fides standing facing, head left, holding signum in each hand. One of just four examples of this type known, the present specimen offers great <strong>RARITY </strong>and emanates from the rather brief reign of Quintillus, the brother and successor to Claudius II Gothicus. Given the brevity of Quintilluss reign--<em>some sources claim as few as 17 days, while others suggest a "lengthy" term in the purple of 177 days</em>--it becomes easy to see why so few Aurei are extant today, as there was simply a lack of time to produce them. A survey of public auctions over the previous two decades reveals that just 11 different Aurei have crossed the block, with the present specimen undoubtedly being one of the finer. A few light marks are noted near the edge, but the enticing style and lack of handling should allow this piece to reach lofty heights. Compare to a similar example from the same die pairing that recently realized a total of nearly $262,000 in June 2021. From the Dr. Michael Rogers Collection, Part II.<p>Ex: Gemini I (1/2005) Lot # 435.