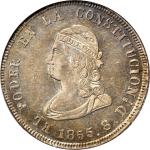 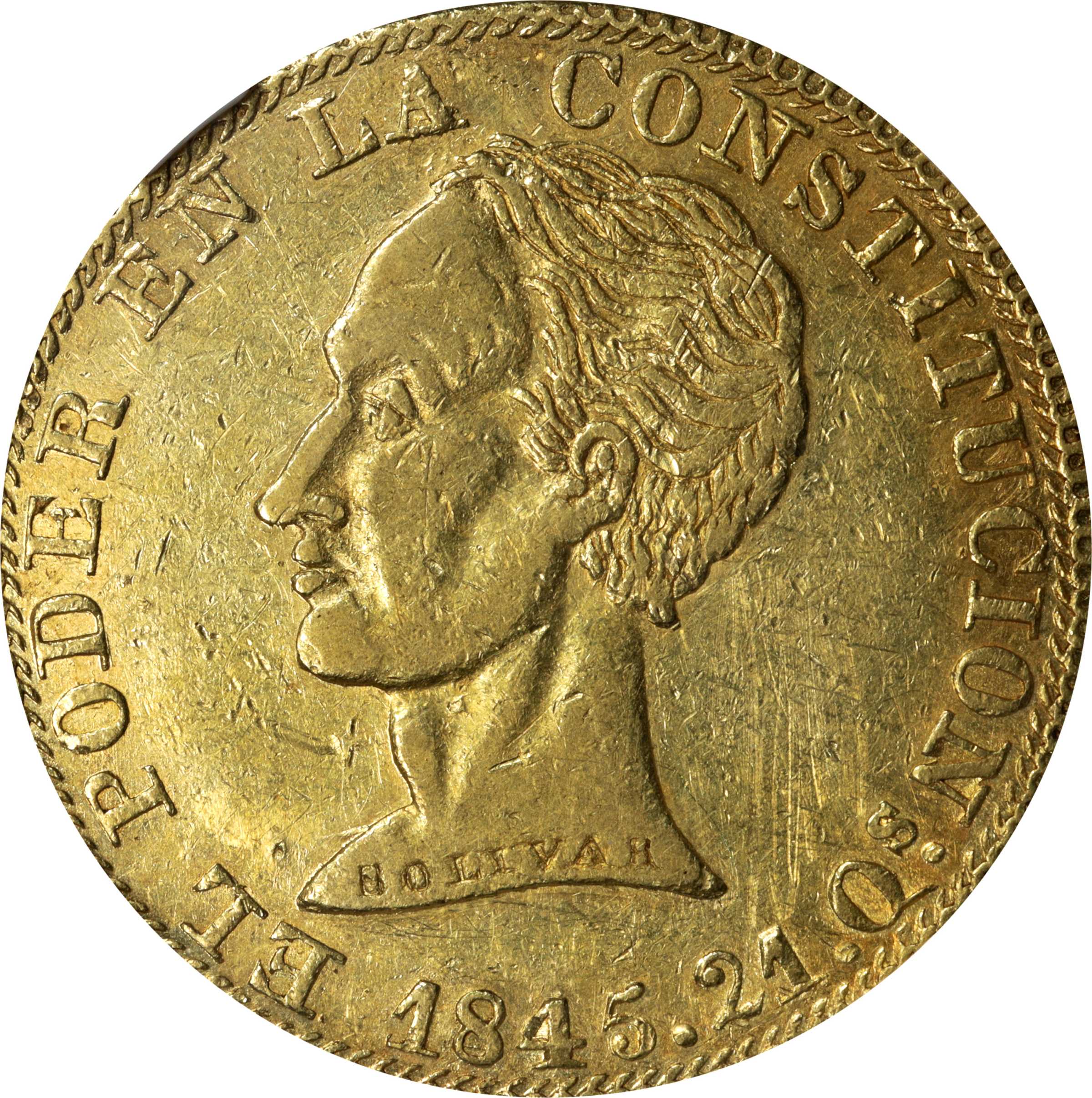 ECUADOR. 8 Escudos, 1845-QUITO MV. Quito Mint. NGC AU-53. Fr-6; KM-30. Seppa/Anderson-ECG93; CARR-89. One-year type with flagpoles extending below the coat-of-arms. A classic Latin American onza, designed with the bust of Simon Bolivar facing left on the obverse and a coat-of-arms on the reverse that only appears on this issue and the unique 1844-dated 8 Escudos that immediately preceded it.

appearances of this type on the market are infrequent, with the last coming in our sale of the Eldorado Collection in January 2018 when an astounding two pieces appeared (one with and one without flagpoles below the arms). Before that, one has to go back nearly a decade to find an example that was certified as high as this piece. Beyond just its certification however, this coin represents the type rather ideally, with light tone and remnants of luster around the protected areas that add character to the appearance. The strike is far bolder than is typical as well, with even detail appearing both in the centers and around the legends. As one might anticipate from the grade, light friction is evident atop the designs, and some handling is seen in the fields, but in context, their presence is rather trivial.<p><p>

This type, while lasting only a single year, offers one of the most interesting portraits of Simon Bolivar -- "The Liberator" -- seen in 19th century coinage. Engraved with far more skill than the aforementioned 1844 date, it shows wonderful depth in the execution of his hair and intricate contour through his eyes, cheek, jaw and neck. For reasons unknown, the style was quickly abandoned. The redesign that occurred the following year opted for a simpler, more stoic bust. Due to both its unique style and fleeting issuance, its no exaggeration to say that the type has become one of the most immediately recognizable rarities in the entire Latin American numismatic catalog.</em>