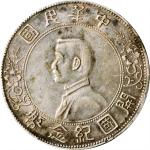 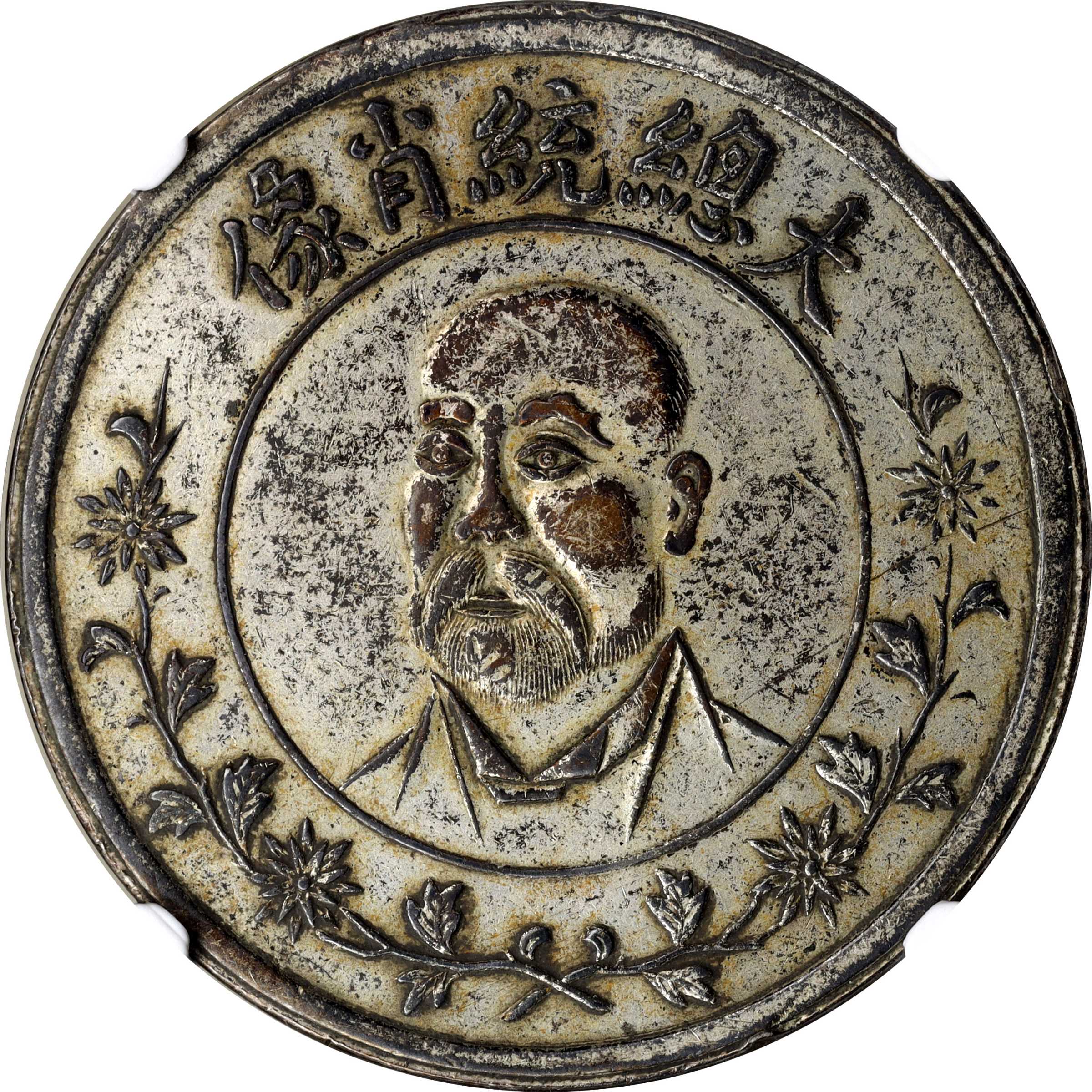 Close inspection of the reverse reveals evidence of double striking and a slight rotation, offering unique characteristics to this piece and making identification and plate matching a rather easy venture. Great consideration should be given for this tremendous offering, as numismatic rarities of this caliber are seldom encountered.<p><em>The obverse depicts the bearded bust of Yuan Shih-kai within solid border and the legend "Da Zong Tong Xiao Xiang" (Presidential Portrait), with a wreath below. The iconography on the reverse is composed of two crossed flags (the Five-Colored Flag of the Republic of China and the Iron Blood Eighteen-star flag of the Wuchang Uprising), with the vertical legend "Kai Guo Ji Nian" (Commemoration of the founding of the Country).</em><p><em>Perhaps one of the rarest early Republican issues known, this short-lived commemorative has generated much interest from collectors and scholars for more than 100 years. According to A. M. Tracey Woodward, a previous owner of this piece, in his article published in "The China Journal" February 1931 he discusses several interesting contemporary accounts from his dear friend Dr. John Abner Snell who lived and worked in Suchow.

Dr. Snell reported that the city had two mints, one mint was exclusively for producing copper coins and was located outside the city walls while the other was specifically for silver issues situated on the interior, both closed in 1906. According to Dr. Snell late in 1911 the silver mint went back into production ultimately closing a few months later in early 1912. All the minting equipment was dismantled and transferred to the Nanking mint. Woodward was aware of two different types of Yuan Shih-kai patterns struck during this time though the quantity of each is unknown. Obviously, these designs never went into full production and were abandoned leaving many questions for future numismatists.</em><p><em>Another aspect that should be taken into consideration about whom is depicted on this issue was the monumental research undergone by Mr. Ma Chuande, based on his fathers research Mr. Ma Dingxiang, subsequently published in the June 21, 1993 edition of World Coin News, Zhongguo Qianbi (China Numismatics) 1993 # 3 and in Qianbi Bolun 1995 #3. Ma was able to uncover images of a bearded Yuan Shih-kai from around 1912 whose resemblance was uncanny and is without doubt the inspiration of this issue.</em>Ex: A. M. Tracey Woodward Collection (Schulman - 4/1951) Lot # 2763.<p>Plated in "Illustrated Catalog of Chinese Coins" by Eduard Kann. 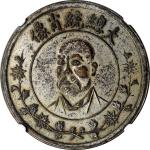