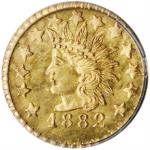 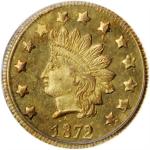 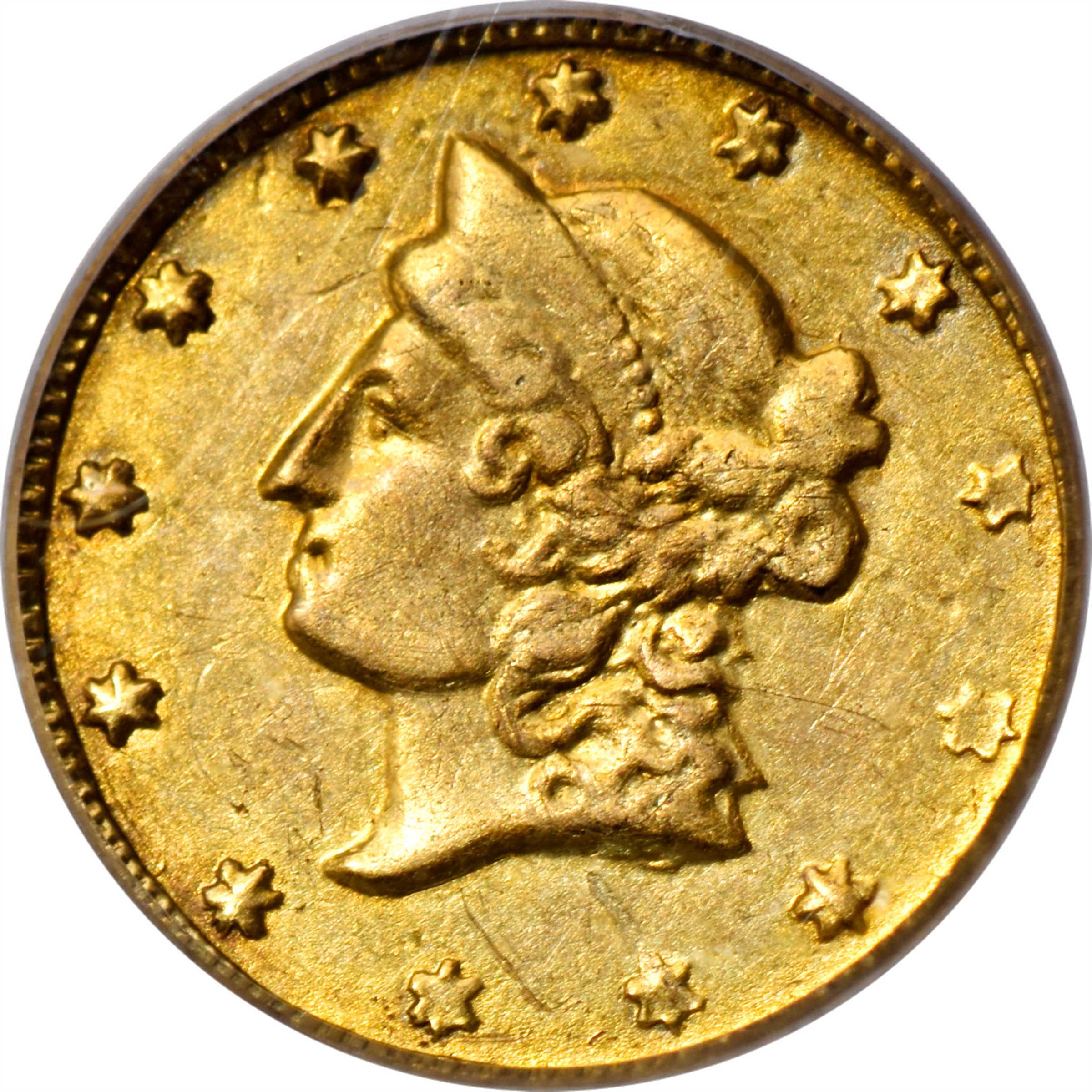 1854-GL Round $1. BG-605. Rarity-6+. Liberty Head. AU-55 (PCGS). This is one of the most avidly sought entries in the California small denomination gold series. At the same time, BG-605 is also one of the most challenging to collect, both in an absolute sense and from the standpoint of locating an attractive example. This is certainly a superior quality piece, the surfaces dressed in a blend of warm olive-gold and honey-orange colors. A tinge of pale silver is evident as the coin turns away from direct lighting, illustrative of the fact that this type is known to have a fairly high percentage of silver mixed with the gold. (Examples were struck from native California gold, perhaps with added silver.) The strike is a bit soft overall with much of the finer detail missing from Libertys portrait and the wreath, the digits 18 in the date particularly faint, but in hand viewing reveals a suitably bold coin with all major design elements appreciable. Satiny in texture with mostly light, wispy handling marks scattered about, a shallow, noncontiguous scuff over and below the base of Libertys portrait serves as a useful identifier for this impressive rarity.<p>The BG-605 variety is a Frontier, Deviercy & Co. issue, the initials G L at the lower left and right borders, respectively, possibly representing George Ladd. The Bob Leonard census published in 2003 lists just 17 survivors, with a typical qualifier of "No doubt much duplication." Obviously in deference to that qualifier, <em>PCGS CoinFacts</em> takes amore conservative stance of "10 to 15 known." With such a paltry extant population it is no surprise that market offerings of BG-605 are few and far between. This is only our third offering for the type since 2003, in which year we (Bowers and Merena) sold the Jay Roe specimen that was also certified AU-55 by PCGS at that time. Our second offering in modern times was for a PCGS EF Details--Damage piece, which is more typical of the type since Mike Locke (in an email to your cataloger, JLA, 9/2/2021) observes that, "For some reason the majority of BG-605 are not nice, so a nice example is worth a premium." With its important design that mimics that of the contemporary Federal gold dollar, undisputed rarity, and superior quality for the type, this Choice AU BG-605 is sure to have no difficulty finding its way into an advanced collection, in which it will no doubt serve as a cherished highlight for years to come. From the Oregon Collection. 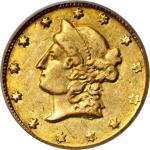 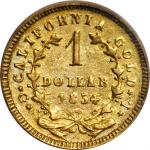