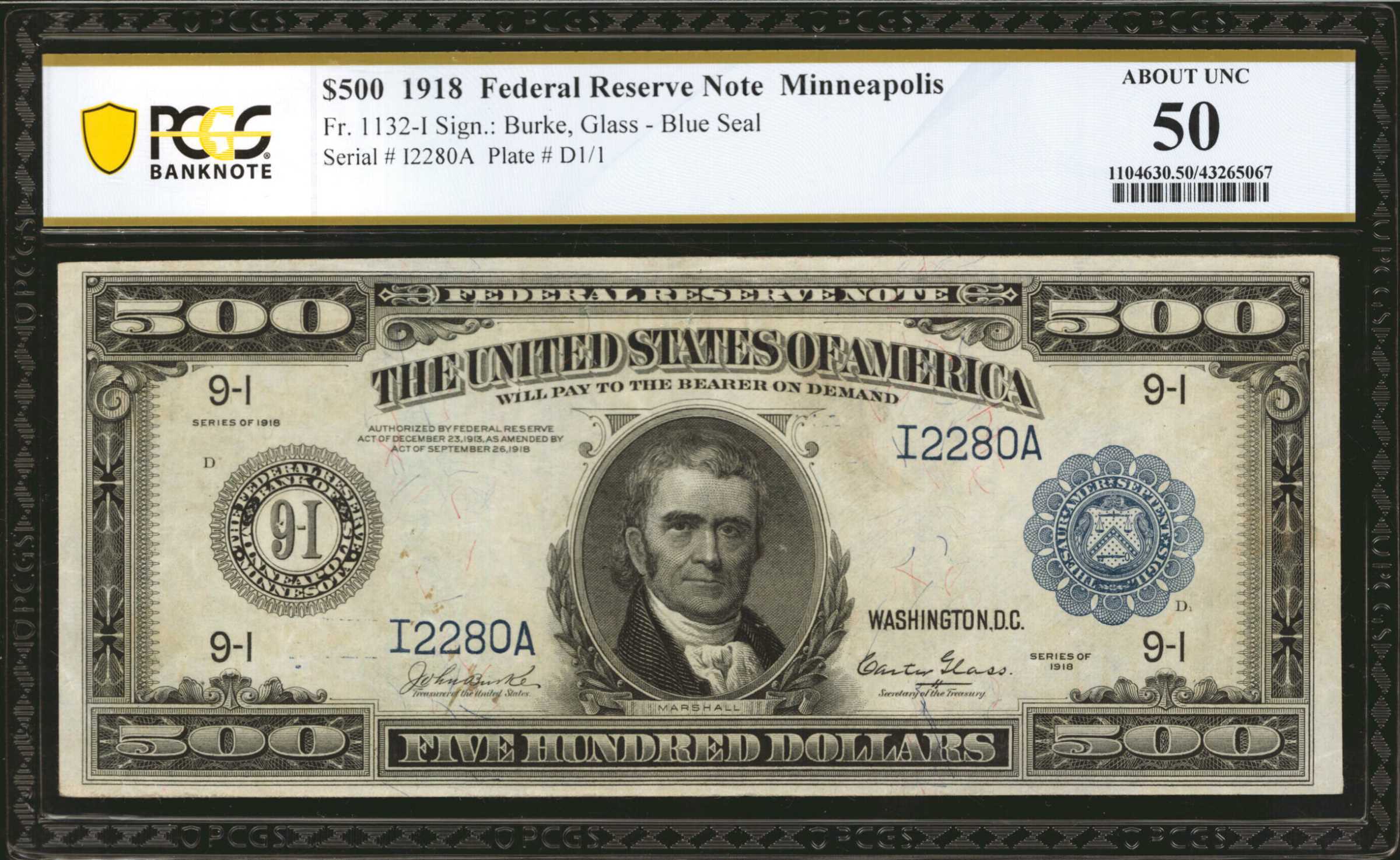 Fr. 1132-I. 1918 $500 Federal Reserve Note. Minneapolis. PCGS Banknote About Uncirculated 50. An astonishing new discovery we are proud to offer to the collecting community. Up until this point, just one 1918 $500 was available to collectors from the Minneapolis district, with that note last trading hands at public auction in 2005 for an astounding $126,500! The presently offered example is found in an About Uncirculated grade, much higher than the other known example. The margins are found offering plentiful paper on all four sides, whilst the primary design stands out in dark black detail. Bold blue serial numbers and the treasury seal pop through the third party holder. Depicted at center is Chief Justice John Marshall, who is often regarded as the most influential justices to ever sit on the Supreme Court. Marshall served as the 4th Secretary of State from 1800 to 1801, and the 4th Chief Justice from 1801 to 1835. Marshall served in the Continental Army during the Revolutionary War, and later passed the state bar and became a lawyer in Virginia, ultimately favoring the passing of the United States Constitution, and ultimately played a major role in getting Virginia to ratify the Constitution. <p>The reverse of the note depicts an awe-inspiring depiction of De-Soto Discovering the Mississippi. This was originally painted by William Henry Powell, as commissioned by Congress, in 1855. Powell died in 1879, having lived to only see the Discovery of the Mississippi printed on the National Currency Original $10s of the era, and sadly not this high denomination note. Hernando de Soto reached the Mississippi River on May 8th, 1541. After an unsuccessful escapade searching for gold and silver, de Soto later died on the banks of the Mississippi river on May 21st, 1542 from fever.<p>PCGS Banknote comments "Pinholes, Minor Ink Stains."