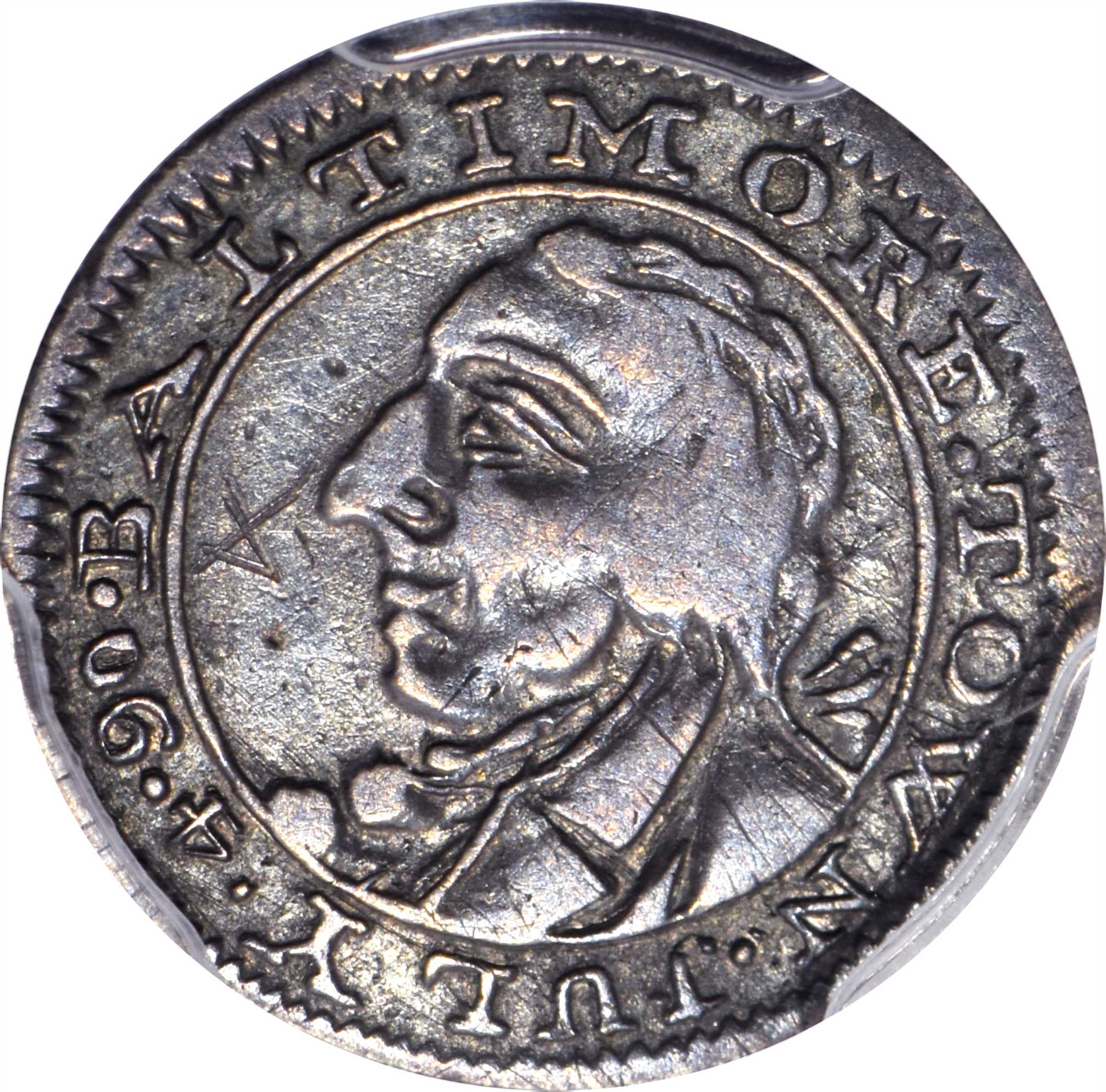 1790 Standish Barry Threepence. W-8510. Rarity-6. VF Details--Graffiti (PCGS). 13.3 grains. Medallic alignment. Beautiful medium gray with the fine blue undertones and gold highlights of a pleasing original patina. Perfectly centered, with full legends and borders, just the merest weakness at the letter H in THREE on the reverse. Some very faint old pin scratches are seen on the obverse portrait, more notably a criss-cross scratch off the nose in the left obverse field. A charming example, with superb eye appeal and far above average sharpness.<p>Our understanding of this issue was revolutionized by Max Spiegels seminal article in the April 2010 <em>Colonial Newsletter</em>, Issue 142, "The Life and Coins of Standish Barry." Spiegel reveals that the obverse portrait belongs not to Barry, or George Washington as had long been surmised, but to Baltimore mayor James Calhoun, a conclusion made possible by the discovery of an 1843 newspaper article and a portrait of the distinctive looking Calhoun himself. Spiegel also discussed the July 4, 1790 date on the coin, making a persuasive case that this date was used to indicate the coin was struck to the standards suggested in Thomas Jeffersons "Plan for Establishing Uniformity in the Coinage, Weights, and Measures of the United States," which was published on July 4, 1790.<p>Spiegels census found 18 specimens, a number to which maybe another half dozen could be safely added, though probably an equal number are impounded. There are only a few truly nice ones known, including the Brand-Ford gem and a couple other nice coins in the EF/AU range. Unsurprisingly, the two best collections formed in Baltimore (Garrett and Eliasberg) both included high grade examples. The population is mostly weighted towards lower grade or damaged pieces, as here. The impounded specimens include: American Numismatic Society, Maryland Historical Society, and Smithsonian Institution. The MdHS duplicate was deaccessioned and sold in our (Stacks) 74th Anniversary Sale of November 2009, bringing $43,125 in a PCGS VF-30 holder; besides this piece we have sold only two others since, testament to the rarity of these coins and the infrequency with which examples appear on the open market. Ex our (Bowers and Merenas) sale of the Chris Schenkel Collection, November 1990, lot 4152, consigned as part of the Michael Brand Zeddies Collection; Stacks, privately to the following; John "Jack" Royse; our sale of the John "Jack" Royse Collection, November 2012 Baltimore Auction, lot 6094. 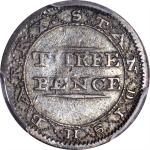