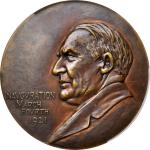 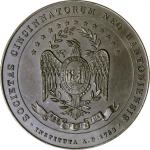 1783 Society of the Cincinnati Medal. Struck by Whitehead and Hoag. Bronze. Mint State. 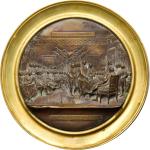 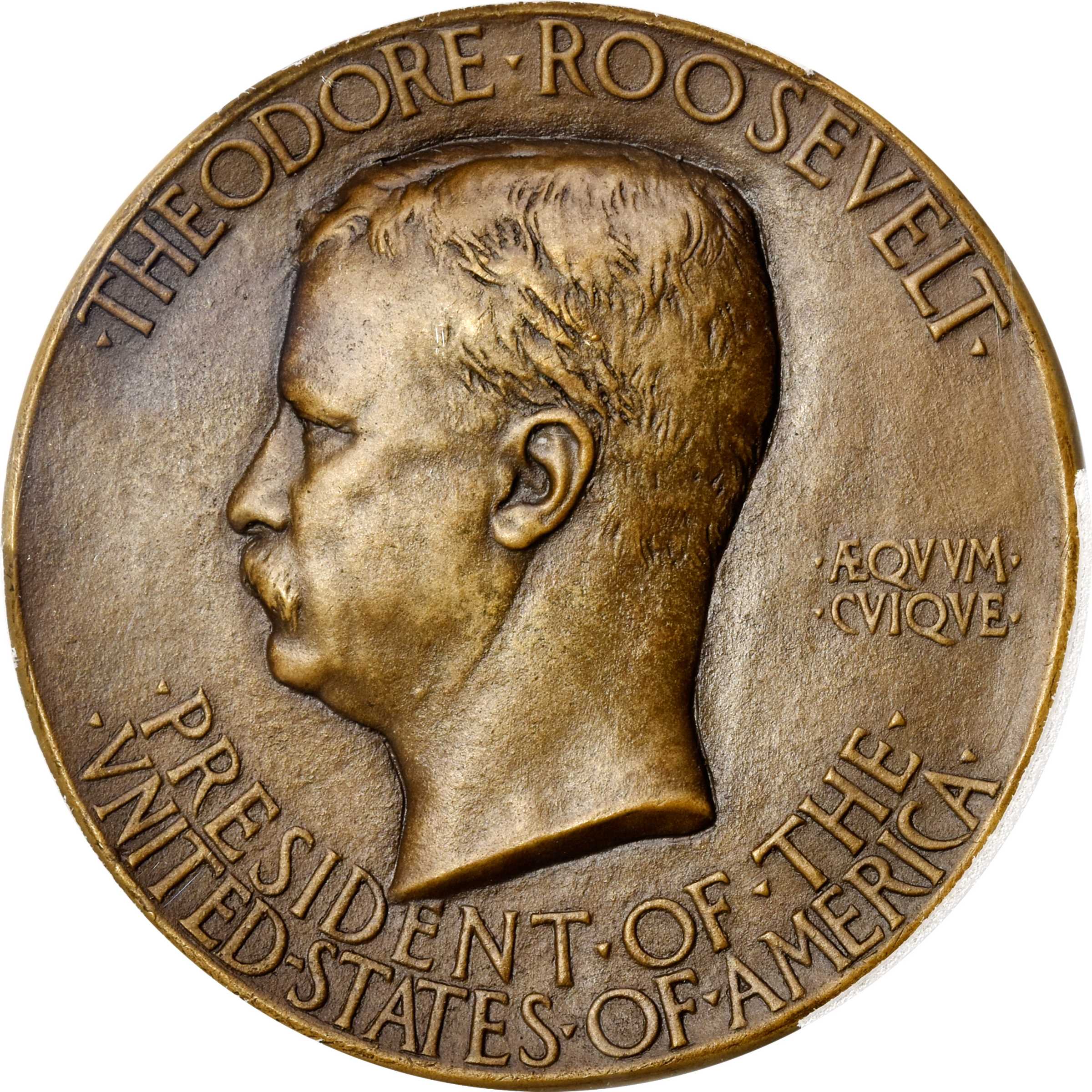 MCMV (1905) Theodore Roosevelt Inaugural Medal. By Augustus Saint-Gaudens. Dusterberg-OIM 2B74, Baxter-78, Dryfhout-197. Bronze, Cast. Tiffany Edge Mark. Specimen-65 (PCGS). 74 mm. This classic piece is one of the most prized of the Inaugural medals, not only for its subject matter and rarity, but just as much for the artist who designed it, the firm that cast it, and its influence on American coinage. It inspired Theodore Roosevelts hopes for a more sculptural and classical coinage and directly influenced the design of the reverse of the Indian ten-dollar gold eagle introduced in 1907, also by Saint-Gaudens. This is an incredibly important American medal, and Stacks Bowers Galleries is pleased to once again have the honor of presenting an example for the consideration of our bidders.<p>This beautiful specimen is exceptionally well preserved with handsome deep brown patina and intermingled sandy-gold highlights to both sides. Striking detail is bold for the type, closer inspection revealing fine granularity to the finish, also typical. The overall appearance is very smooth, as befits the assigned Gem grade. A faint mark extending from the eagles leading talon is the only worthwhile provenance marker. This is a supremely attractive piece, one that is sure to see spirited bidding among specialists in Inaugural medals and collectors with a more narrow focus on Theodore Roosevelt.<p>Most examples of this medal bear the Tiffany mark on the edge, as here, but not all. It is believed that some medals that were not considered completely up to the standards of the maker did not receive the mark, although some of the unmarked medals appear just as nice as the marked ones. The special large size PCGS holder in which this piece is an edge view type that allows viewing of the Tiffany mark.<p>Just 150 examples of this medal were authorized to be produced by Tiffany in bronze. Today, Saint-Gaudens Roosevelt inaugural medal is recognized as one of the most historic of all American medals. Though much of the actual design and modeling work was accomplished by Saint-Gaudens famous assistant Adolph Alexander Weinman, Saint-Gaudens used his position at the forefront of American sculpture to not only lead this project, but capture the imagination of President Roosevelt. Their relationship has been well documented and led to the creation of Saint-Gaudens classic double eagle and eagle designs. Ranked number 27 in the popular book <em>100 Greatest American Medals and Tokens </em>(2007), this is the highest ranked 20th century medal in that reference. Today, it is a numismatic landmark. 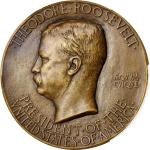 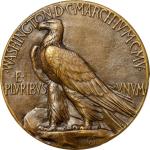