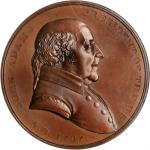 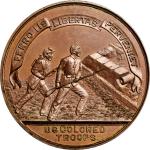 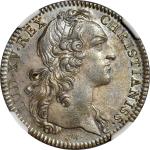 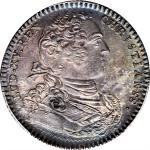 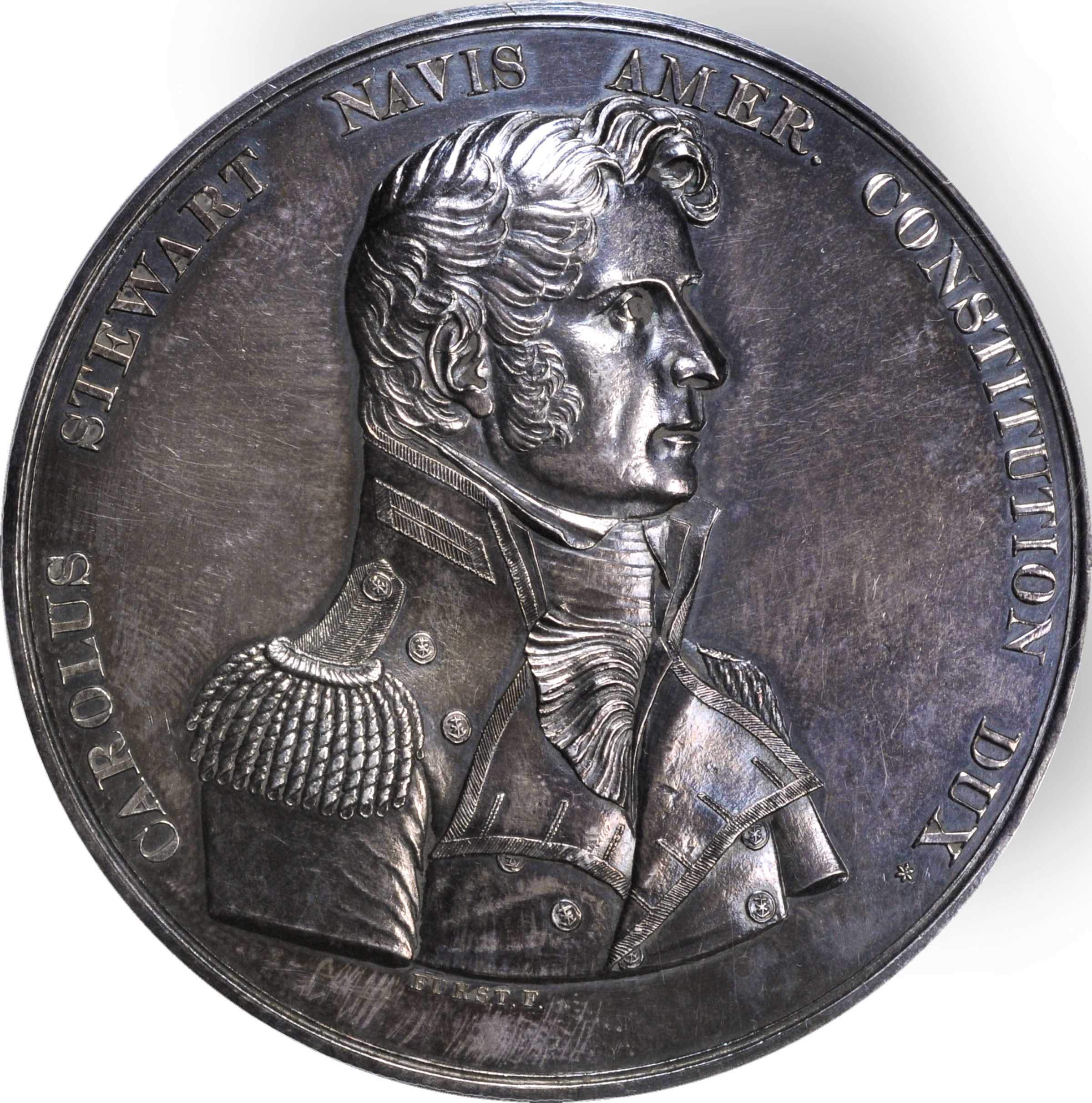 1815 Captain Charles Stewart Naval Medal. Julian NA-22, Neuzil-37. Silver. Specimen-61 (PCGS)….. 65 mm. 2249.2 grains. A very attractive example of this very rare silver Naval medal, and the most recently discovered of just four known. It was first offered publicly in our September 2009 Americana sale after spending more than three decades in the collection of the Naval Historical Foundation. The technical details and quality of this specimen are just as they were in 2009, when we presented it as follows:<p><em>"A medal of great importance, new to a census that previously included just three specimens in silver. Highly attractive and deeply reflective surfaces show pleasing navy blue and light silver gray toning. Though some hairlines are seen from a light ancient polishing, the fields retain a remarkable originality and deep prooflike lustre. Some old silver polish remains in peripheral intricacies, but the fields are notably free of marks of any consequence. A rim bruise is noted at the right end of the reverse exergual line, a smaller rim nick is noted at the left end. Some unevenness in the rim above 9:00 on the reverse appears to result from an incomplete planchet rather than rim bruises. A very early striking, this piece shows no evidence of the rim cud that formed over CONSTITUTION early enough in its life that silver specimens are known from the broken state. Carl Carlsons tireless research, published in 1986, found exactly zero auction offerings of a silver Charles Stewart over the course of the preceding century and a quarter. This is a fairer indication of the rarity of the medal than the two decades that followed. The 1986 Dreyfuss sale included an example, later the property of Ambassador Middendorf. The Ford cabinet contained two, a well-worn but named example once the property of Wayte Raymond and another finer example purchased privately by Ford in 1966. This example seemingly rounds out the known population, making this one of the rarer silver War of 1812 naval medals."</em><p>Since the last public appearance of this medal, in 2009, the mentioned Dreyfuss-Middendorf specimen, quite similar in condition to this, reappeared in our March 2014 sale and realized just shy of $30,000. It was the most recent opportunity to acquire this rarity at auction, and at a few thousand dollars more than this one brought in 2009, it suggests a degree of growth in the market. As is widely known to collectors of this series, the search for silver originals requires incredible patience, but occasionally that patience is rewarded, as in this offering.<p>The action honored by this medal took place on February 20, 1815, after the Treaty of Ghent had officially ended the War of 1812. Stewarts flagship, the <em>U.S.S. Constitution</em> (a.k.a. "Old Ironsides") "seized one victory from two vessels," as the reverse legend notes in Latin. Stewart went on to a long and distinguished career that stretched into the Civil War. Today, he is perhaps best known for this majestic medal, engraved by Moritz Furst. In silver, it ranks among the very rarest of the popular War of 1812 naval medal series. From the collections of the NAVAL Historical Foundation our 2009 Philadelphia Americana Sale, September 2009, Lot 6163.