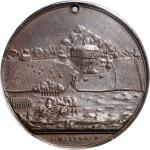 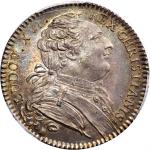 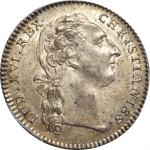 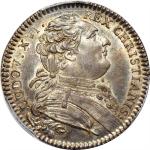 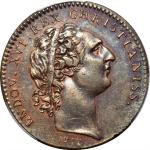 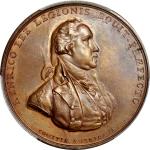 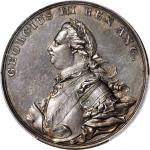 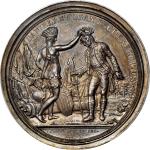 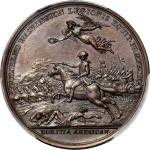 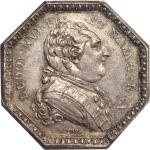 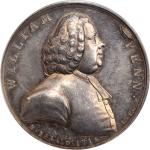 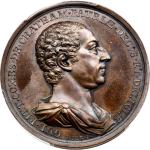 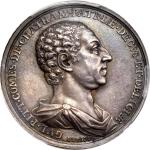 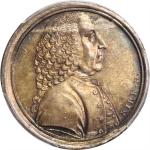 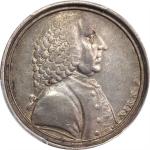 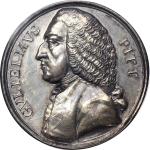 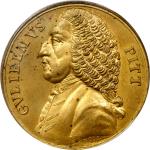 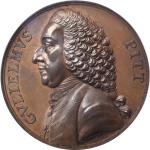 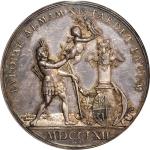 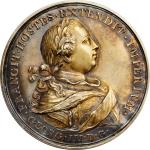 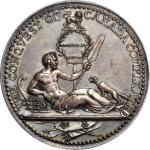 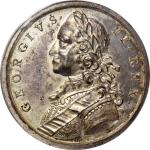 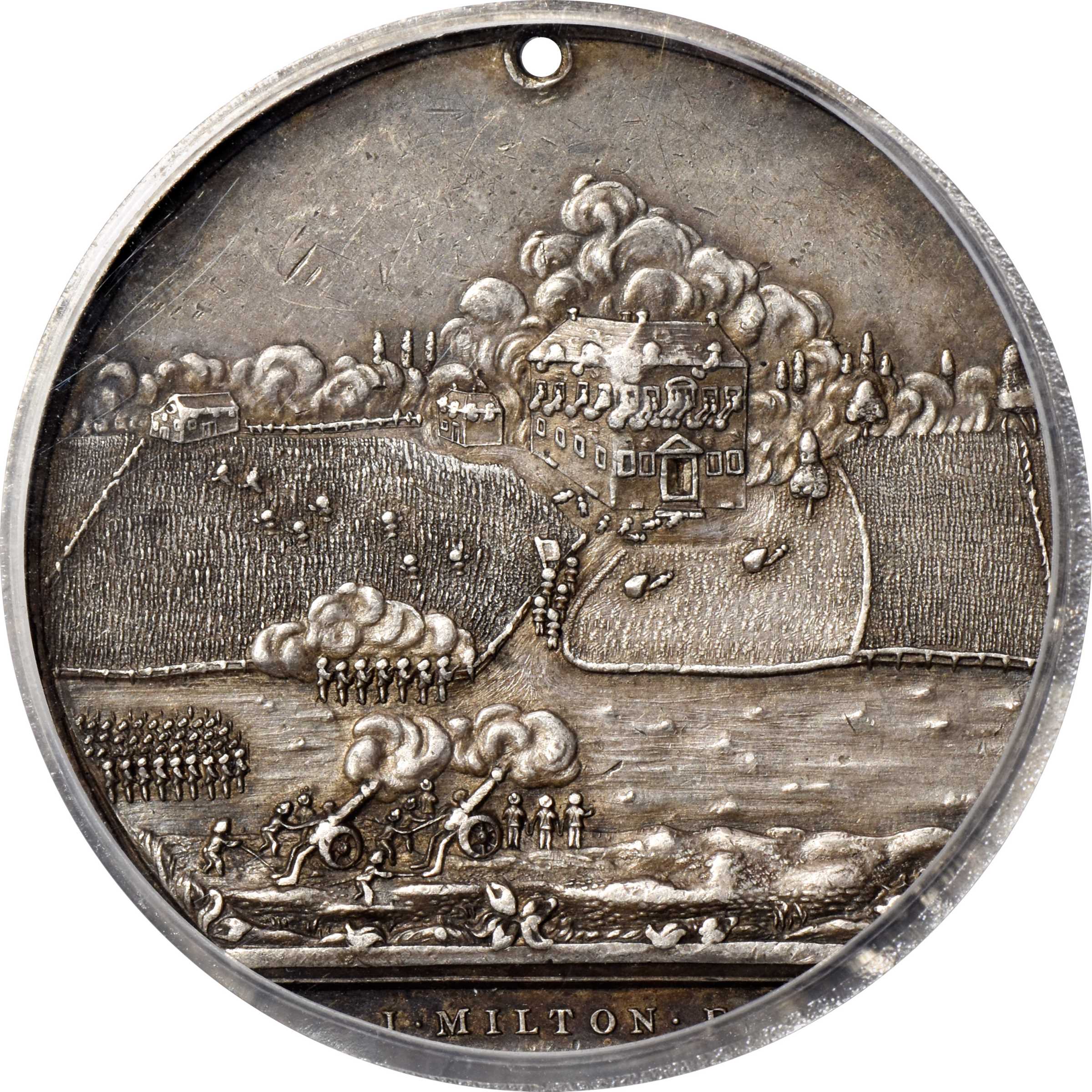 1777 (ca. 1785) Battle of Germantown Medal. Betts-556. Silver. AU-50 (PCGS). 44.5 mm. 415.4 grains. 1.7 - 2.6 mm thick. Holed for suspension, as issued. A beautiful example of perhaps the most important of all medals from the American Revolution, unquestionably the most important one issued to rank and file soldiers. This awarded medal shows fine old cabinet toning in shades of pale blue and champagne gold over light silver gray surfaces. Some natural dirt has accrued around the devices over decades of benign neglect, but no significant damage is present, just a few tiny rim nicks, the usual array of minor contact marks, and a dig to the upper left of O in TOWN. The visual appeal is superb, certainly not a requirement of a medal awarded to and worn by a veteran of a Revolutionary War battle during their military career, but it doesnt hurt. The reverse shows a significant spread between the two visible strikes, bringing the devices up crisply and prominently.<p> <p>Intended exclusively for officers of the 40th Foot, silver Germantown medals are extremely rare. The regiment returned home in 1783 and the medal was produced slightly thereafter as a battle award for the veterans of the Philadelphia Campaign - making it the only British award medal for an action of the American Revolution. They were first documented in 1789, when a report to the War Office noted: "The Officers of this Regiment Wear also a silver Medal round their necks presented to them by the present Colonel in memory of the very gallant and noble stand the Regiment made at German Town, which however proper, and tending to keep up the memory of the extraordinary good behaviour of the Regiment on that Duty, I find wants the sanction of His Majestys Approbation to be Entered in the Regimental Orderly Books." <p> <p>The "present colonel" in 1789 was General Sir George Osborne, who took over command in 1786, perhaps suggesting an origin date for these medals. The silver examples that are known are from early states of the dies, suggesting a batch was struck and then distributed over time, into the 19th century when this medal became something more akin to a good conduct medal than a battle award. Copper examples were struck over a longer interval, it appears, with awarded examples outnumbered by unholed strikes for cabinets.<p> <p>Germantown medals are among the most difficult medals in the Betts canon to authenticate: many of the real ones took significant abuse, and many of the copies are now well over a century old and have taken on the look of a well loved antique. This medal and the one that follows are instructive for a few reasons. Germantowns with significant age tend to show very similar wear on their holes, for one, but perhaps most importantly (and most difficult to counterfeit), their planchets are never of consistent thickness. While a variation of a few tenths of a millimeter is pretty typical for most medals, Germantowns tend to show immense variations in their rim thicknesses. They also tend to be quite thin. If a Germantown medal is encountered with rims that are of the same thickness all the way around, one should approach with extreme skepticism.<p> <p>This example is the finest silver Germantown medal offered in recent memory, though any offering is notable; there may be as few as five of these in private hands. LaRivieres is now at Colonial Williamsburg. As the sole British medal struck to mark a battle of our War for Independence, it will always loom large in importance among the entire Betts medal series. From the E Pluribus Unum Collection. Earlier from A.H. Baldwin & Sons, Ltd. on July 2, 1971; our (Stacks) sale of the John J. Ford, Jr. Collection, Part XIV, May 2006, lot 162; our (Stacks) Philadelphia Americana sale of September 2009, lot 6075.<p> 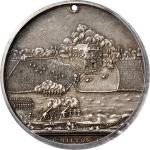 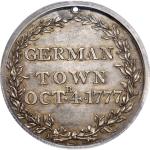