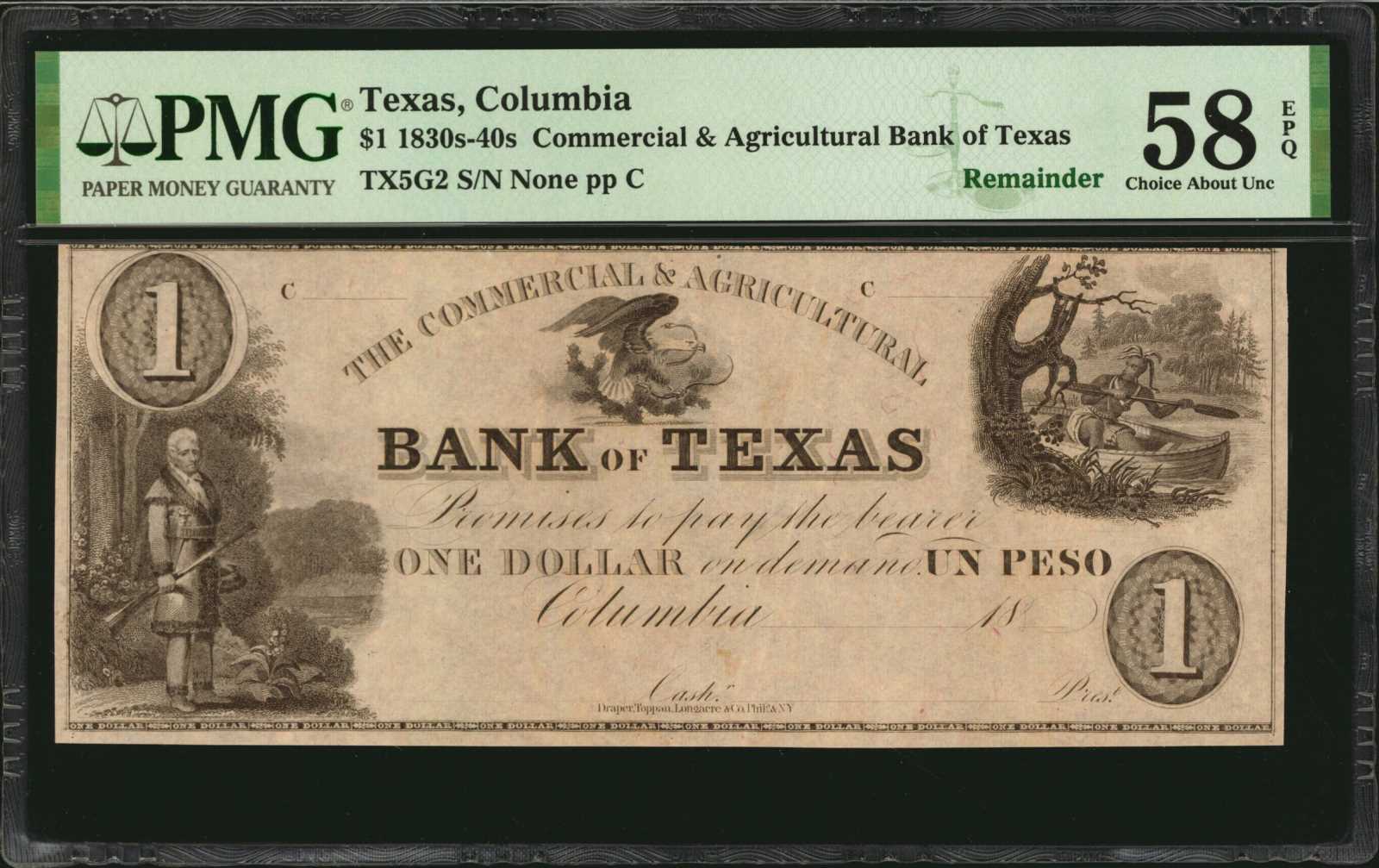 Columbia, Texas. Commercial & Agricultural Bank of Texas. 1830s-40s $1. PMG Choice About Uncirculated 58 EPQ. Remainder. (TX-5 G2) Draper, Toppan, Longacre & Co. Phila & N.Y. At left, Daniel Boone standing with rifle. At right, Indian near shore in canoe. The Commercial & Agricultural Bank of Texas was authorized in April 1835 and was headquartered in the town of Columbia, before Texas joined the Union (in 1845). The capital was set at a maximum of $1,000,000, and the bank was allowed to establish branches wherever it wanted to. Although on December 14, 1837, the Texas Congress had passed an act prohibiting any person or entity to issue paper money, on February 3, 1841, the Congress authorized McKinney & Williams, proprietors of the Commercial and Agricultural Bank, to issue $30,000 worth of bills, as the partnership had provided financial aid to the Texas government earlier. Notwithstanding this, the bank never opened its doors. A supply of bills ordered from Philadelphia was thus useless at the time, but generations later proved to be a boon to collectors, especially the four subject $1-$1-$1-$1 sheets, many of which were cut apart, yielding the available supply of numismatic mementoes of this bank that might have been, but wasnt. This examples comes well margined and sharply printed in dark inks.