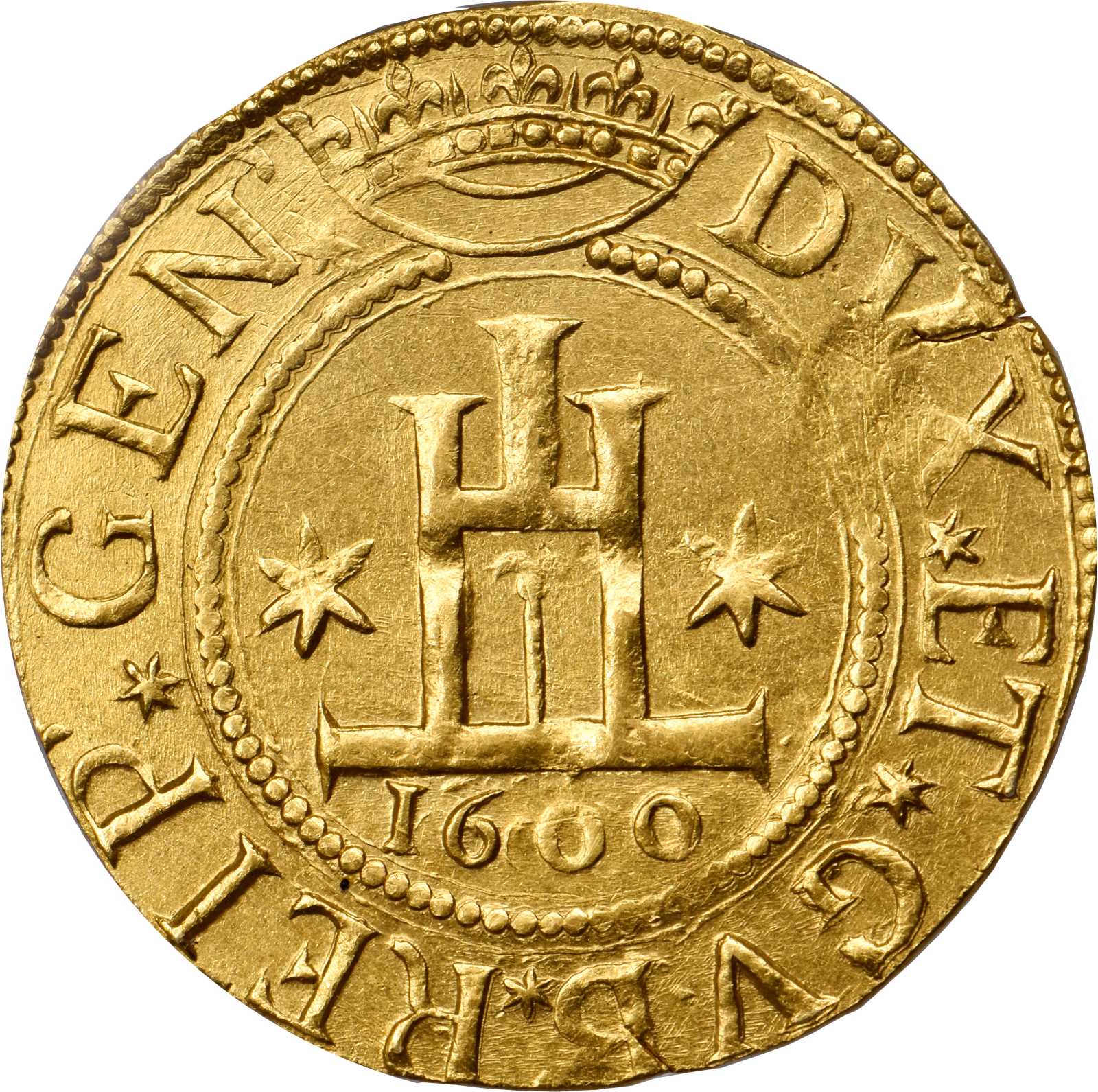 ITALY. Genoa. 5 Doppie, 1600. PCGS AU-50 Gold Shield. Fr-416, CNI 2, Pl XII:7; MIR-199 (R4). 33.22 grams. Obverse: Castle gate flanked by 6-pointed stars, date 1600 below, all in dotted circle, "DVX * ET * GVB * REIP * GEN"; Reverse: Large flat-end cross with 6-pointed stars in the angles, legend: "CONRADVS * II * RO * REX* I * V *". This massive gold piece is heavier than the two examples of the denomination that are listed in <em>Corpus Nummorum Italicorum, Vol. III, Liguria, Isole de Corsica</em>, indicating that no identical specimen was in the definitive Royal Collection of King Vittorio Emanuele III when the volume was published in 1912. Displaying the traditional Castle Gate-Conradus Rex design, this spectacular issue remains in marvelous condition, with bright luster in the fields and minimal marks that catch the eye. Impressively struck considering its size as well, with only one small area of softness near DVX in the obverse legend (and the corresponding area on the reverse) and two understandable small flan cracks, the first appearing in the area of softness and the second one, even less noticeable than the first, appearing in the B of GVB. All considered, a truly awesome <strong>RARITY</strong> and a beautiful relic of the period<strong> </strong>which would have represented amazing amount of wealth at its time of issue.