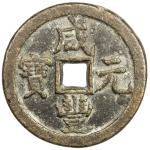 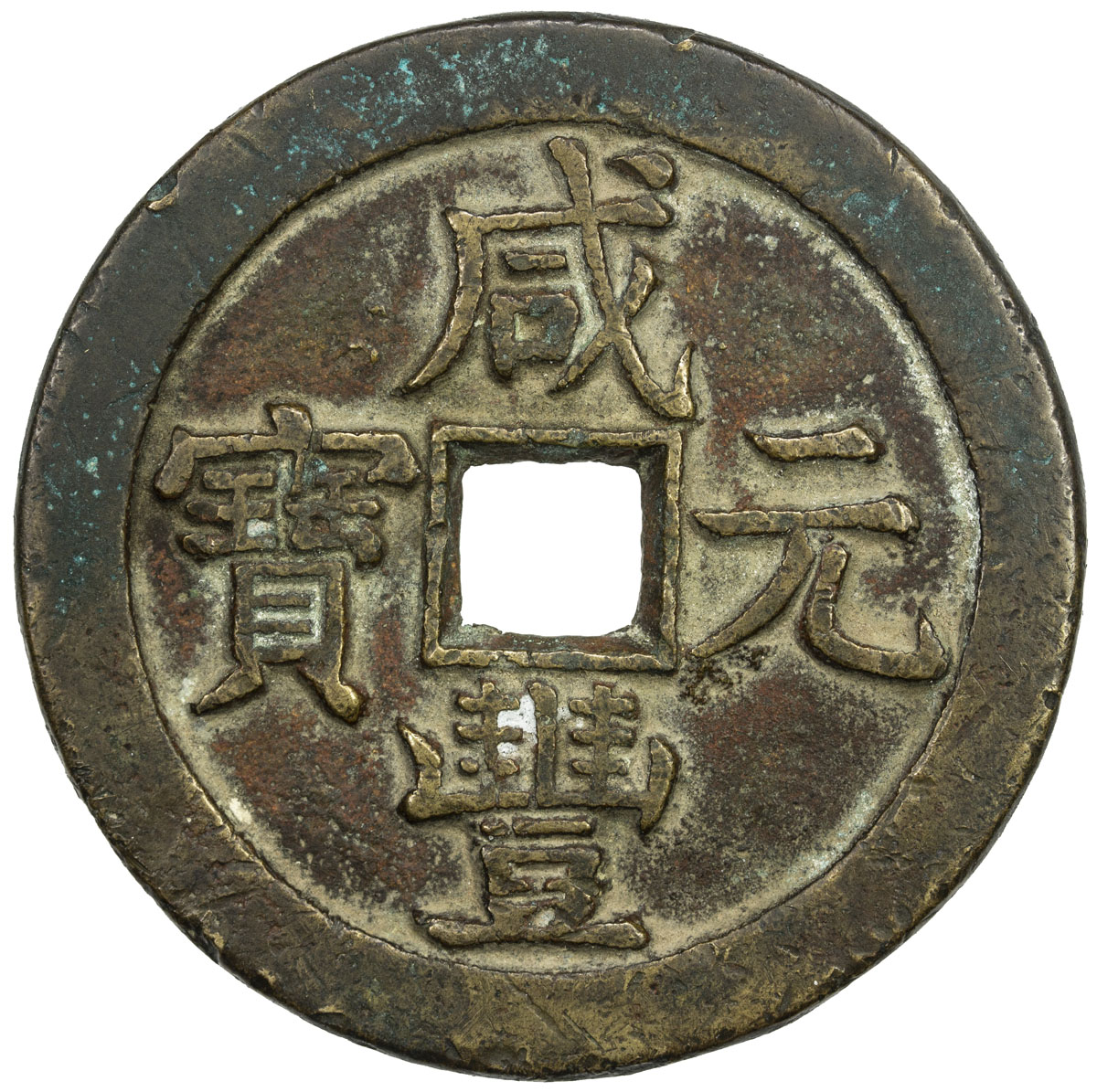 QING: Xian Feng, 1851-1861, AE 1000 cash (71.27g), Board of Revenue mint, Peking, H-22.721, 60mm, Prince Qing Hui mint, sun & moon mintmark, cast May-August 1854, brass (huáng tóng) color, a very attractive example! VF, ex Karl Adolphson Collection. Karl Adolphson (1884-1971) was born in Silvberg, Säter, Dalarnas County, Sweden on July 30, 1884. He was a lawyer (advokat) and operated his own law firm in Helsingborg, Skåne County, Sweden. He was married to Märta Maria Pettersson and together they had one son, Svante Ullvius who was born on April 26, 1925. Karl was an avid collector and assembled a vast collection of antiquities and coins. After he died in 1971, his widow and son sold many coins to a local coin dealer in Helsingborg. This firm continued to purchase coins from his son Svante until the 1990s. In April 1854, the Prince Qing Hui, Ke Qin, along with others, memorialized requesting permission to levy copper for casting large coins and to establish a mint because of the dire state of payments to the army. They proposed to collect 200,000 or 300,000 jin of copper, from which it was calculated that 100,000 strings of coins could be cast. In May, the Prince reported that he had established three furnaces. In July, he requested permission to cast large coins Value Two Hundred, Three Hundred, and Four Hundred. On the 24th day of the same month, the casting of Value Two Hundred to One Thousand stopped. By August 1854, the Prince Qing Hui mint did not have sufficient copper to supplement the casting of regulation coins, and was ordered to close immediately. The surplus copper was transferred to the Board of Revenue, and the workforce was disbanded.